She was launched by Lady Suffield the second daughter of Lord Kylsant and commenced her maiden voyage on 16th July 1926.

The company's first motorship she was also the first to exceed 20000grt and had the distinctive Harland & Wolff profile including the dummy forward funnel.

In 1936 the new mail contract required a 19 knot service speed to reduce the passage time to 13.5 days.

Consequently, in 1937 she was modernised and re-engined, resuming service on 8th July 1938, without the forward funnel, and setting a new record to Cape Town of 12 days 13 hours and 36 minutes.

In September 1939 she was commissioned by the navy for conversion at Simonstown, South Africa to an armed merchant cruiser, HMS Carnarvon Castle. 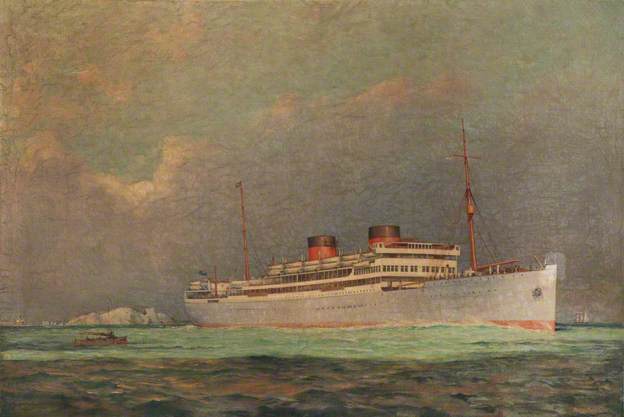 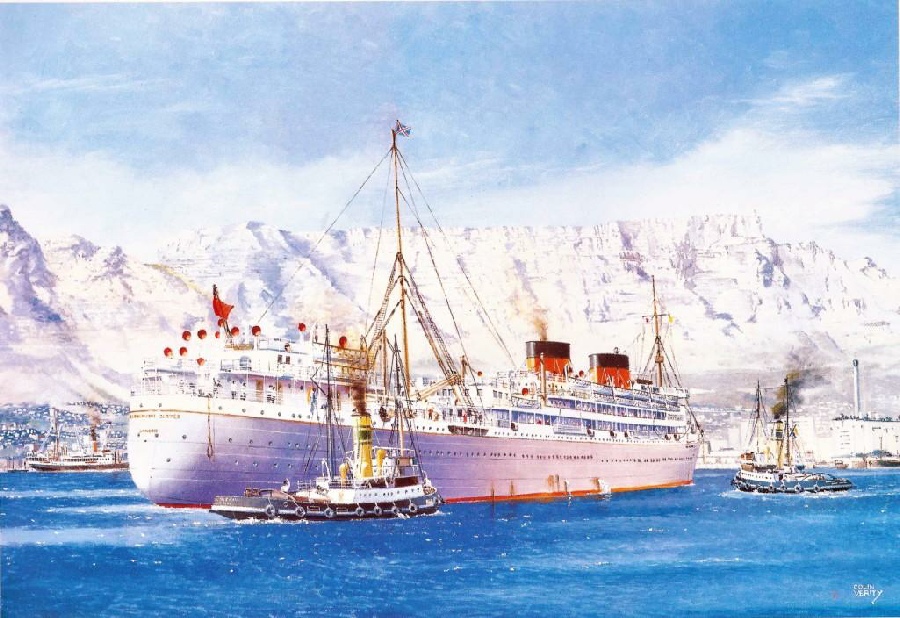 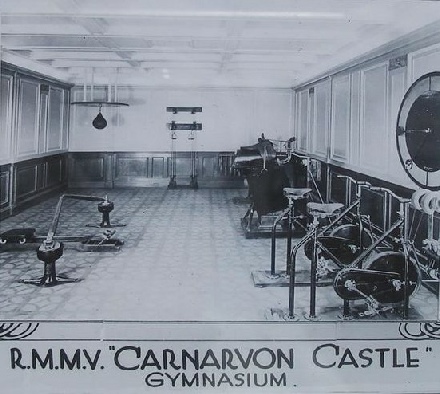 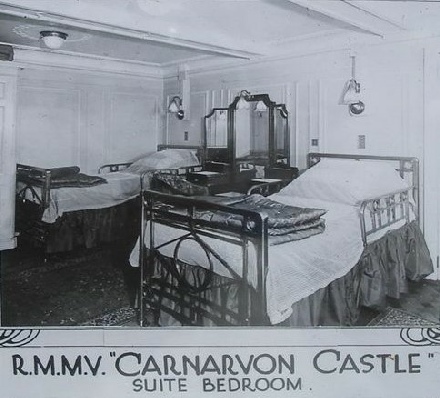 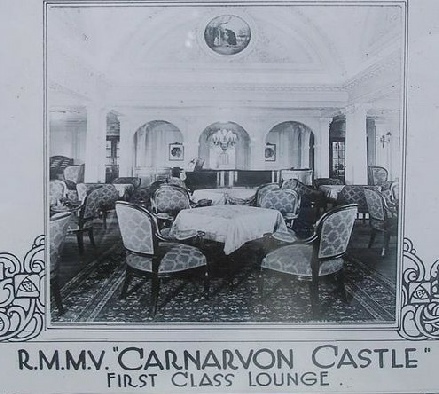 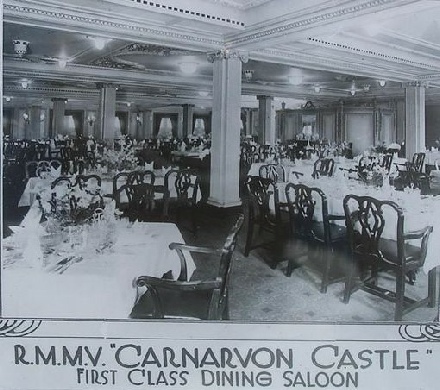 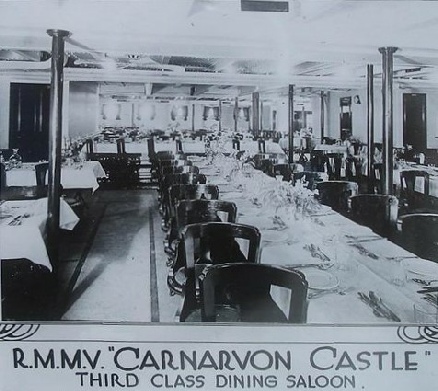 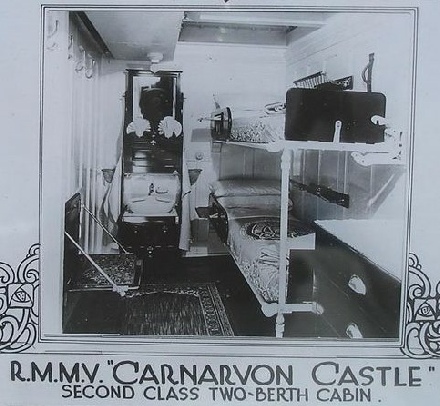 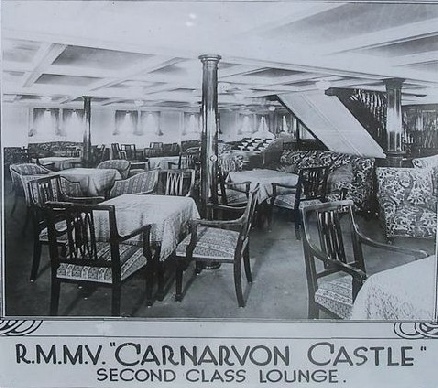 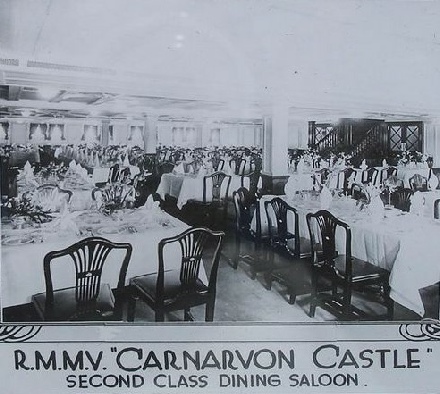 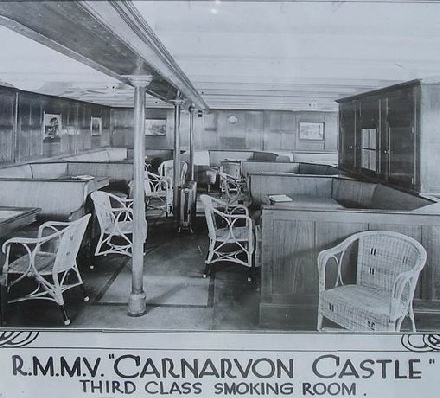 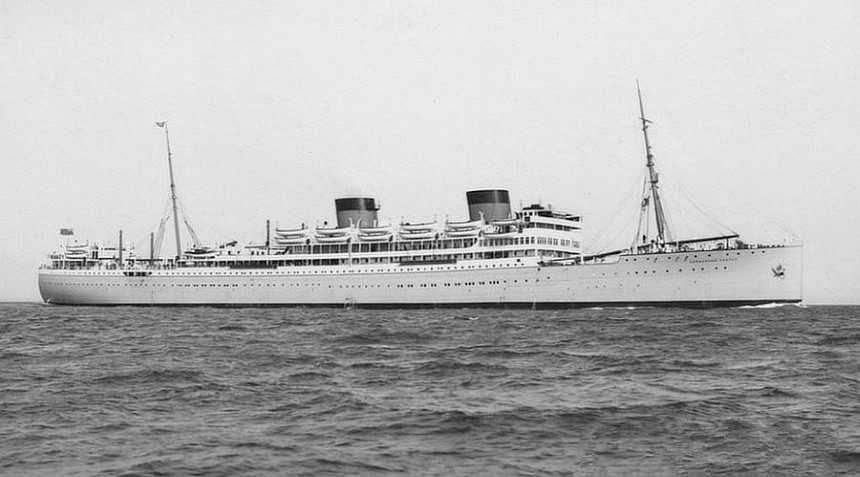 September 1939 requisitioned for service in The Royal Navy 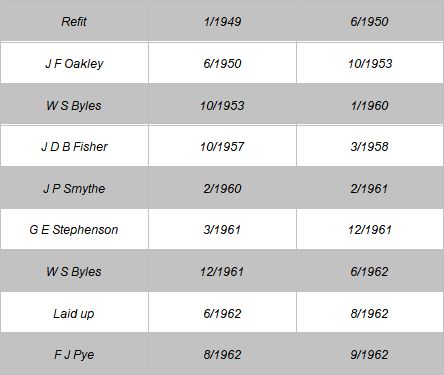 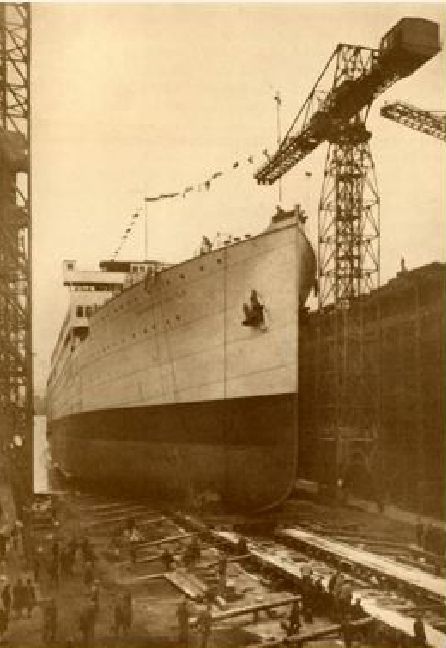 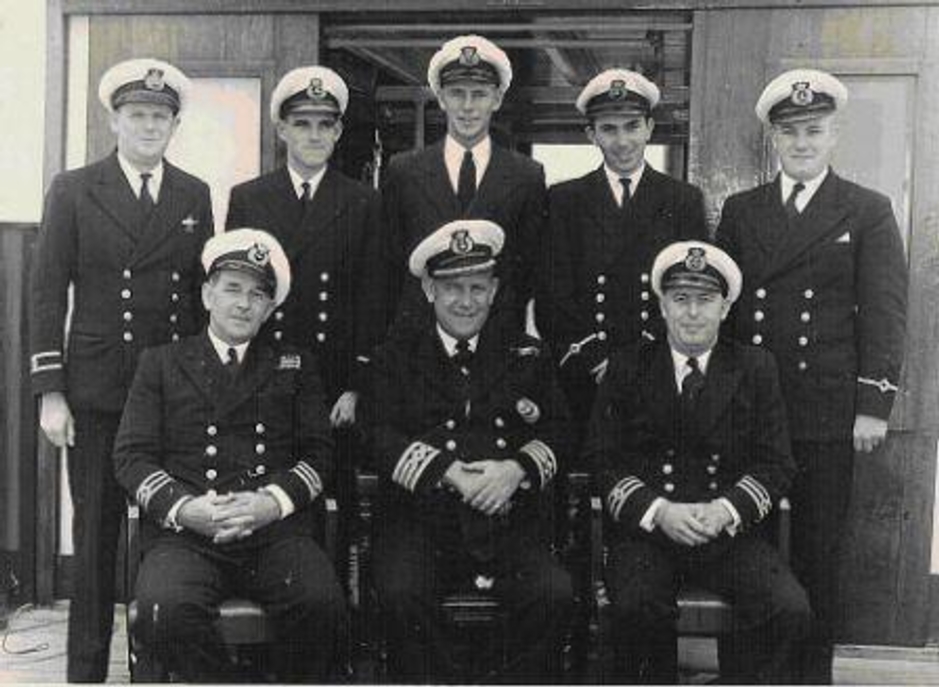 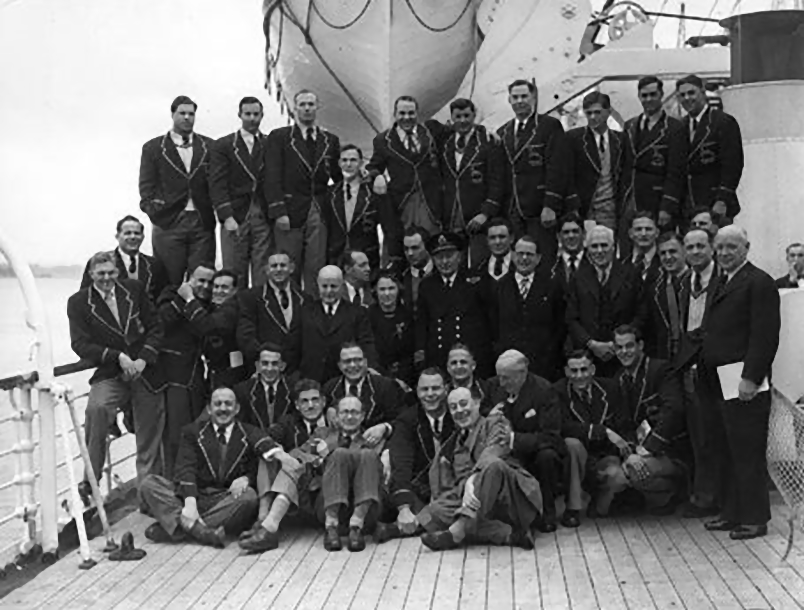 21st February 1952:  The South African rugby union team on board the liner Carnarvon Castle, on their voyage home following a series of matches in Britain 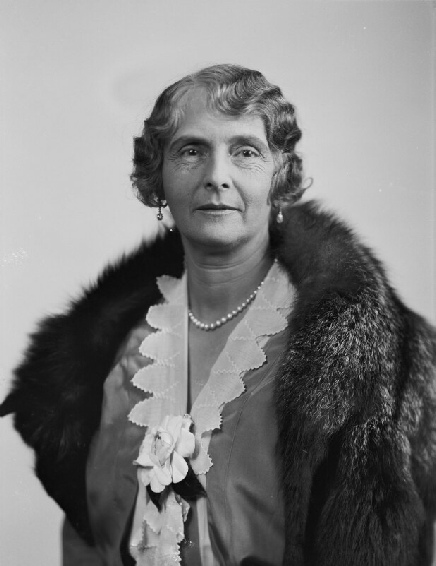 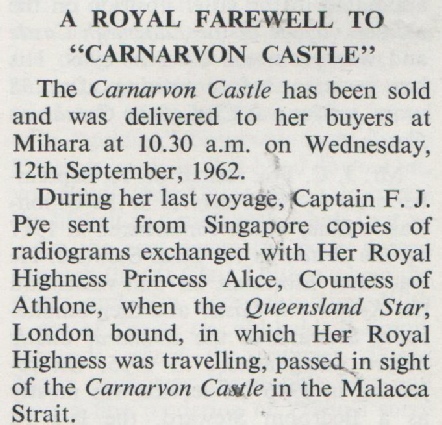 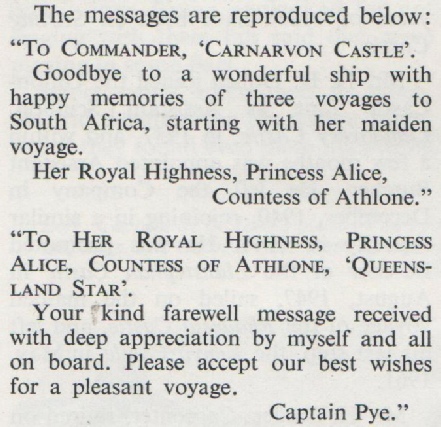 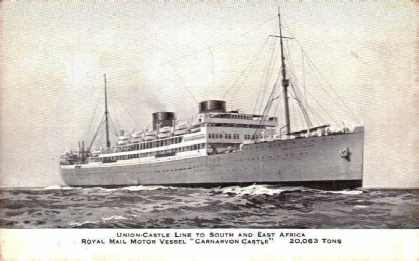 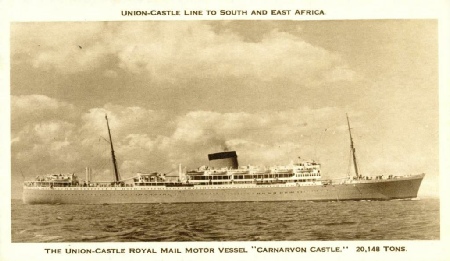 Funnels were reduced to one, fitted with a raked and flared bow, new 10 cylinder diesel engines giving an increase in  service speed from 18 to 20 knots 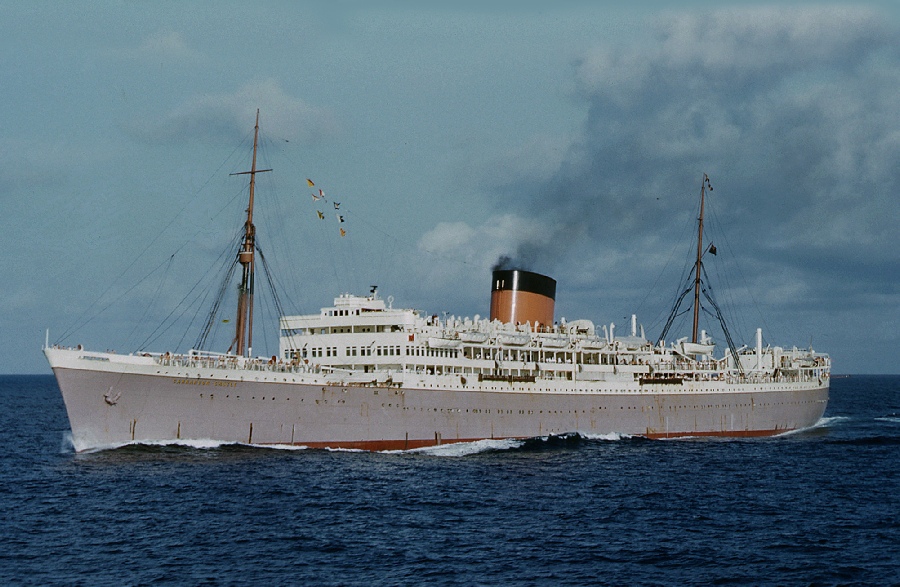 In September 1939 she was requisition by The Royal Navy and converted at Simon’s Town into and Armed Merchant Cruiser.

She was now HMS Carnarvon Castle