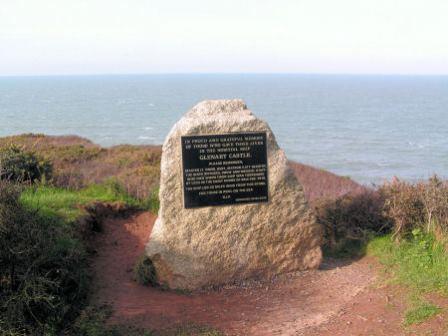 This memorial dedicated in 2002 has been erected by the great niece of  Matron Katy Beaufoy and the family of  Captain Burt.

It stands on the cliffs of Hartland Point in Devon, positioned so that it points WNW to the position where the "Glenart Castle" sank 20 miles away.

Each year on the 26th of February at 11.00 a short service of remembrance is held.

The position of  the "Glenart Castle" as surveyed by the Admiralty in 1999, is given as,

There are a number of web sites dedicated to the German Navy and Submarine Service in particular.   It is a remarkable fact that only one credits Wilhelm Kiesewetter with 'one ship sunk', giving the tonnage but for some reason (I wonder why?) not mentioning the ship's name! Another web site states 'no sinkings recorded'!

Kiesewetter was never charged with a war crime, he went on to become the oldest U boat commander of the 2nd World War.   For such a distinguished commander one would have expected a photograph, something oddly missing. 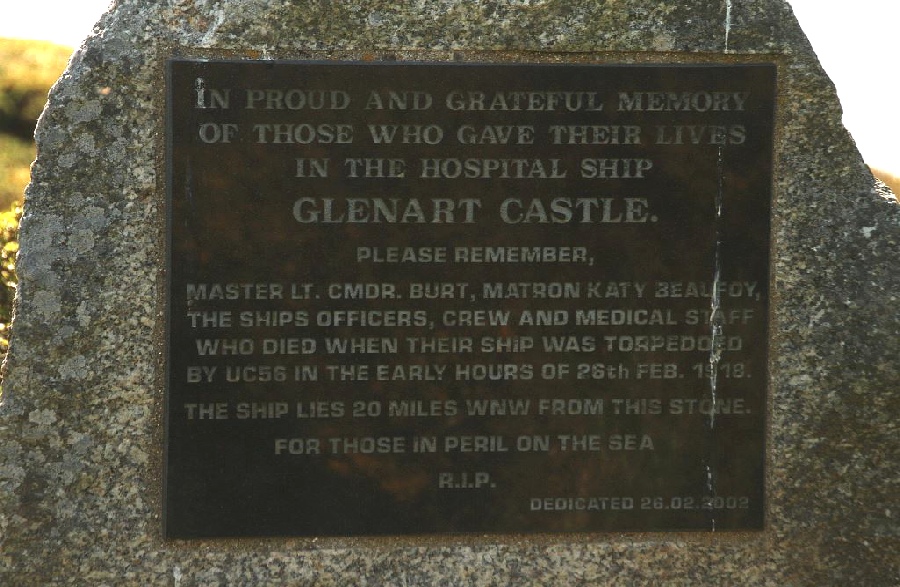 Thanks to Derek Walker for these pictures 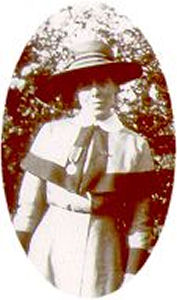