During construction she was transferred to Union-Castle following the merger and was never registered as being owned by the Union Steamship Co.

In March 1915 she took part in the Gallipoli campaign and served in the Indian Ocean and Mediterranean during 1916.

'At about four in the morning, , when in the neighbourhood of Lundy Island, outward bound, she was struck by a torpedo.   She had all her Red Cross lights burning brightly.   There could be no mistaking her.

She sank in five minutes.  So quickly had the disaster come that several of the boats which were being lowered could not be cast off in time and were dragged down with the sinking ship.

Practically all the crew, medical officers, and nurses, were precipitated into the water, many of them to cling to rafts that had been put over the side.   The submarine was seen to come up, she passed within 50 feet of some of the rafts, two officers being visible in the conning tower.   About twelve hours later some survivors were picked up from the rafts by an American destroyer and a French vessel.

Out of the 200 men and women in the ship 38 only were saved.   It is believed that the submarine attacked the survivors in some of the boats or rafts, for bodies were found with wounds on them that could only have been inflicted by firearms.'

In the film made for television, it was hinted at, if not outrightly stated as a fact, that the British were 'cheating' by using hospital ships to carry munitions under the protection of the Red Cross.   Something the German's, desperate for an excuse also claimed.

This claim (the producers of television programs will do anything for a sensation) is based on one fact, when divers found the wreck two, just two brass shell cartridges (no shells) were found in a store room.

Well the explanation for those two cartridges is a very simple one, one that I can myself vouch for as a well observed merchant navy custom! Somebody in the crew had a 'nice little earner' going in souvenirs! Now I wonder why that hypothesis was never aired?

A memorial dedicated in 2002 has been erected by the great niece of Matron Katy Beaufoy and the Burt family.   It stands on the cliffs of Hartland Point in Devon, positioned so that it points WNW to the position where the "Glenart Castle" sank 20 miles away.   Each year on the 26th of February at 11.00 a short service of remembrance is held.

There are a number of web sites dedicated to the German Navy and Submarine Service in particular. It is a remarkable fact that only one credits Wilhelm Kiesewetter with 'one ship sunk', giving the tonnage but for some reason (I wonder why?) not mentioning the ship's name!

Another web site states 'no sinkings recorded' Kiesewetter was never charged with a war crime, he went on to become the oldest U boat commander of the 2nd World War.   For such a distinguished commander one would have expected a photograph, something oddly missing. 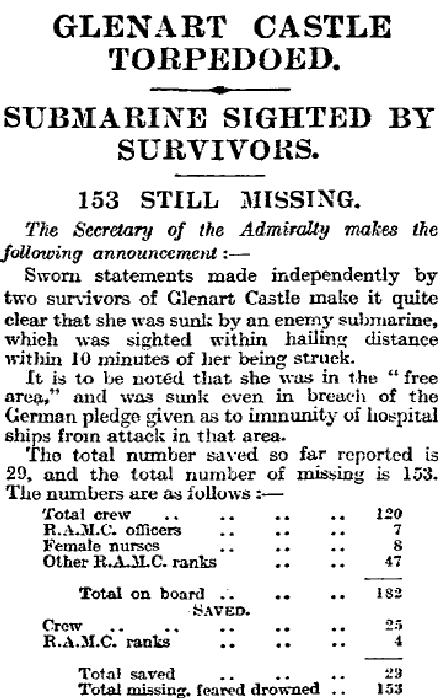 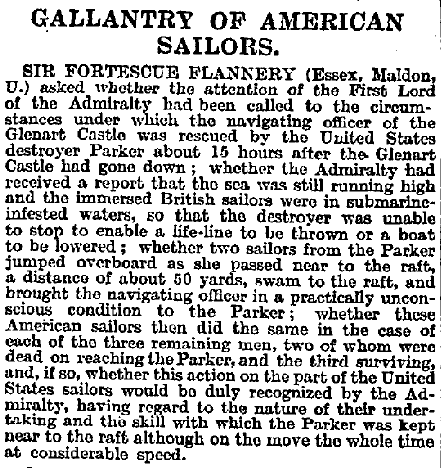 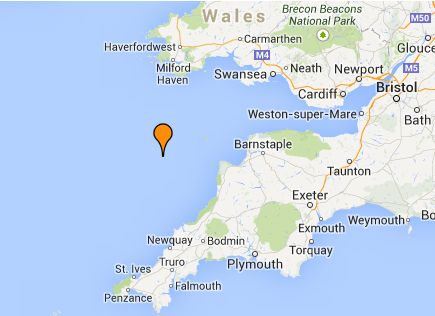 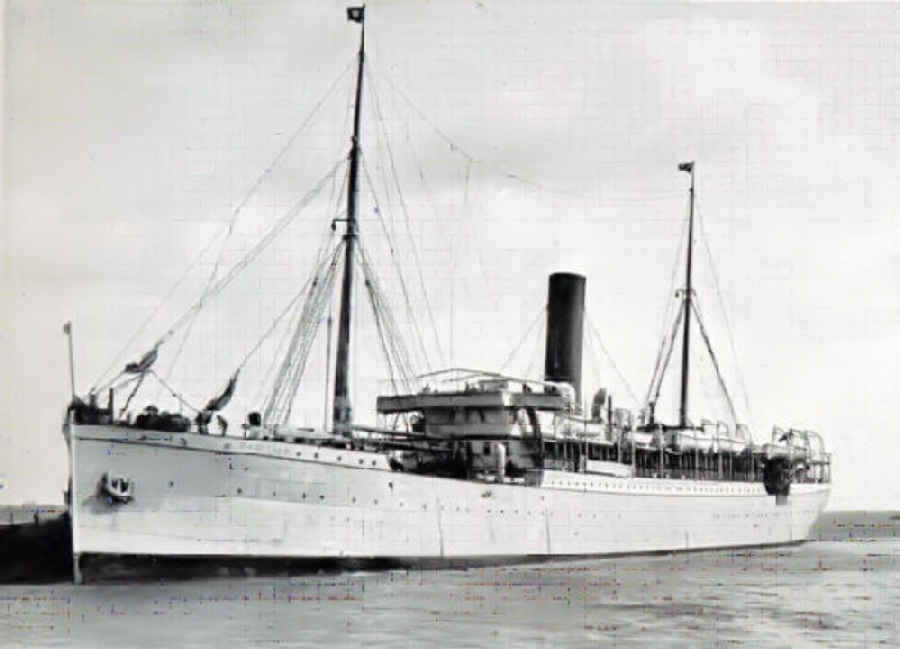 Torpedoed and Sunk in The Bristol Channel - 1918

Press Cuttings of the Tragedy 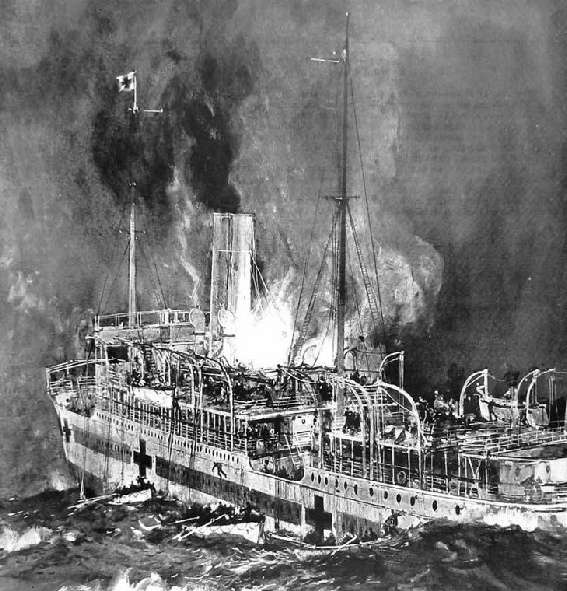 On 1st March 1917, under the command of Capt Bernard Burt, in calm weather she struck a mine laid by UC-45 off the Owers Lightship between Le Havre and Southampton. All 520 sick and wounded were saved by destroyers and other ships in less than an hour before the Glenart Castle was towed to Portsmouth where she was repaired.

On 26th February 1918, while travelling from Newport in South Wales to Brest, she was torpedoed and sunk by the German U-boat U-56 20 miles west of Lundy Island. Only 38 people survived out of a total crew an medical staff of 206.