The Battle of the Atlantic

We’ve seen the Battleship Barham rolling on her side

before the huge explosion in which so many died

Both lost to the Jap’ torpedo planes off the Malaya coast

And of the famous River Plate where we inflicted defeat

Shipping Companies oft did this to cut down on the cost

They lost one of their freighters, but how many lives were lost

What of the men on the Arctic run ferrying Russian supplies

The ocean full of U-boats and bombers filling the skies

Sailing a gas filled tanker some only in their teens

Wallowing along in a rusting tramp to save the Russian nation

Struggling to make eight knots whilst trying to keep station

Should a seaman stay topside or should he seek his bunk

Knowing if you fall astern your certain to be sunk

Many a merchant ship now lies under the Barents Sea

Lost in a desperate struggle to set the Russians free

The ocean bed is littered with merchant seaman’s bones

Now to lay forever at peace with Davie Jones

Likewise of the R.A.F and what we owe to the few

From the Home Guard to the S.O.E in it from the start

All of our Armed Services were keen to play their part

Each had lost so many when they counted the final muster

This section includes people who, although not employed by any of the Group’s companies, made a significant contribution to life aboard or ashore.

It will include members of the Royal Navy and Royal Navy Reserve, Marconi, Religious Denominations, Other Military Arms including Medical and DEMS Seamen 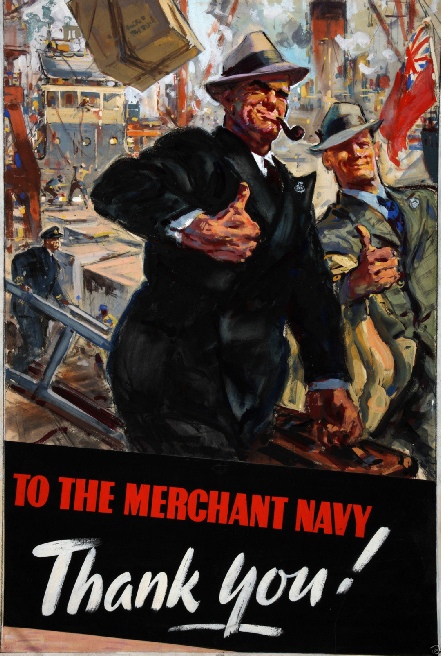