She was laid down in 1915 as the Vasilissa Sophia for the National Steam Navigation Co. of Greece for management by Embericos Bros. However, work was suspended for some months and during that time she was transferred to the British subsidiary, Byron Steam Ship Co. of London, in anticipation that she could be finished in time to be requisitioned by the Government for trooping duties.

Having been acquired under the Liner Acquisition Scheme she was eventually launched on 5th April 1917, named Leasowe Castle and placed under Union-Castle management but never being owned by them.

She began service trooping between Alexandria and Marseilles.

On 20th April 1918 she was torpedoed by U-35 off Gibraltar while serving as an ambulance transport ship but managed to reach port for repairs.

Five weeks later, on 27th May, 1918 she was torpedoed by UB-51 whilst in a convoy 104 miles north-west of Alexandria and sank within 90 minutes.

Bound for Marseilles she was carrying troops of the Warwickshire Yeomanry and 102 lives were lost including that of her Master Captain E J Holl.

It is said that Lt. Col H Gray-Cheape gave his life jacket to a crew member. 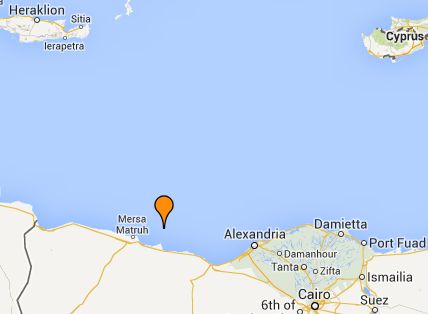 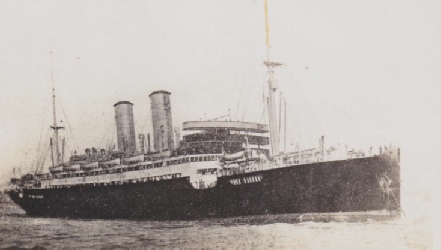 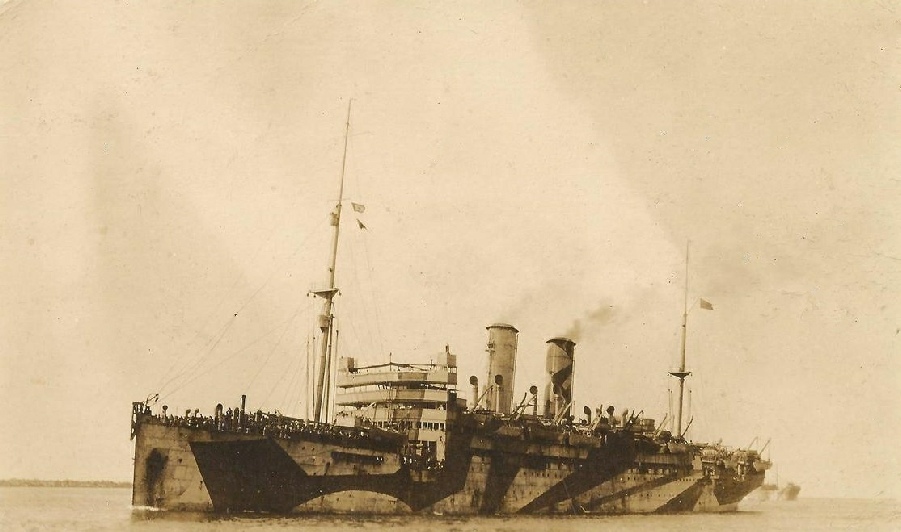 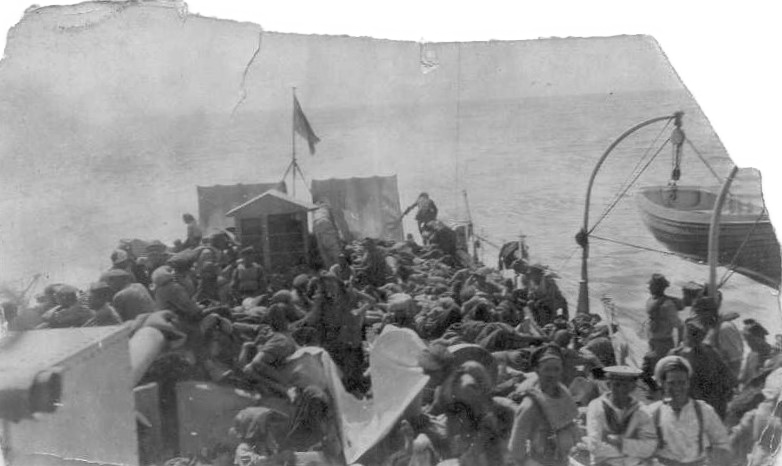 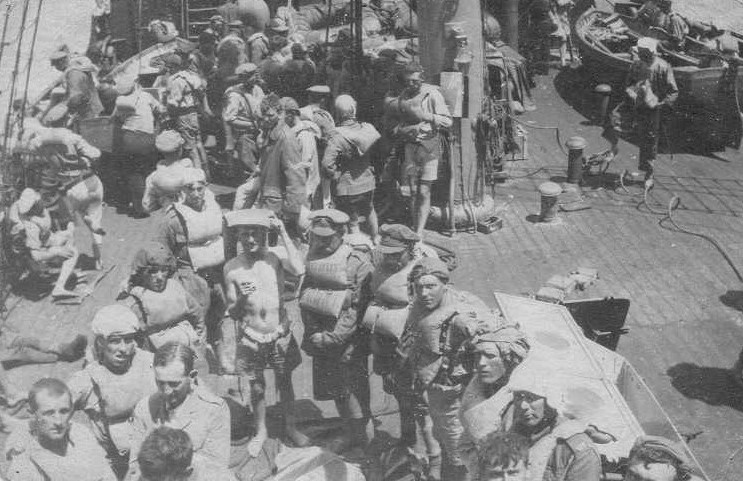 At lifeboat drill aboard Leasowe Castle 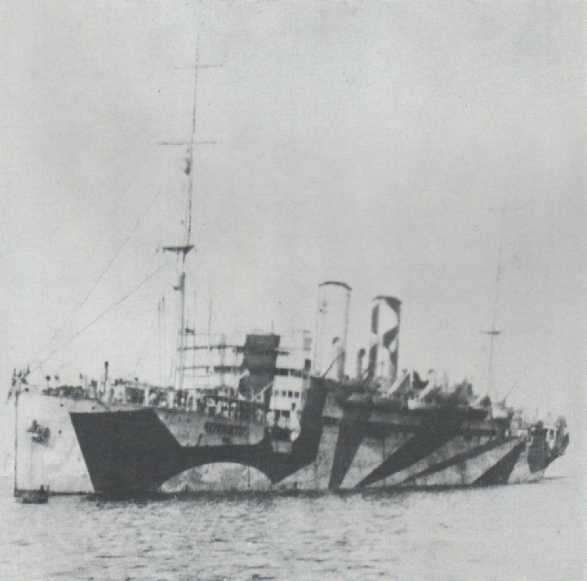 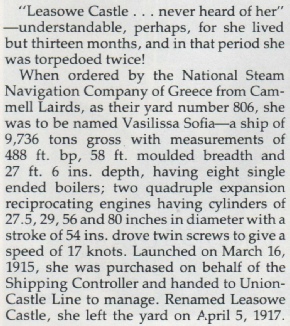 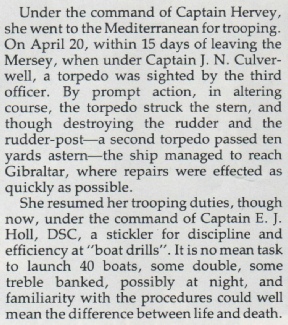 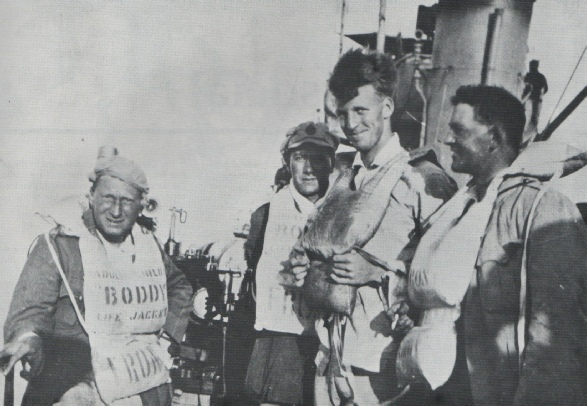 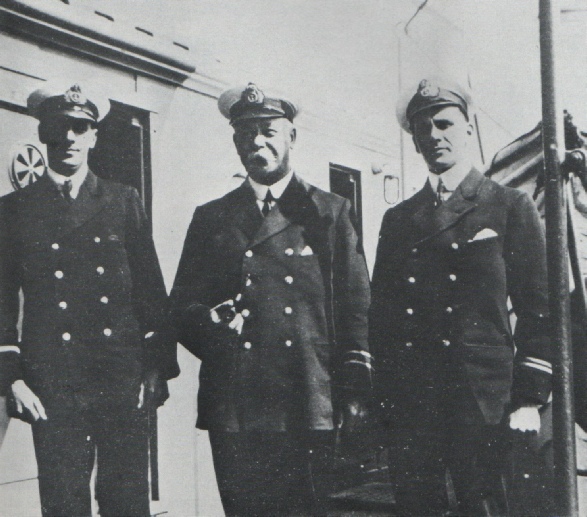 Torpedoed and Sunk in The Mediterranean - 1918

At the time of her loss she was in the hands of the British Government Shipping Controller and managed by Union-Castle Mail Steamship Co.

She was en route from Alexandria to Marseille carrying passengers - she was in use as a troop carrier at the time.