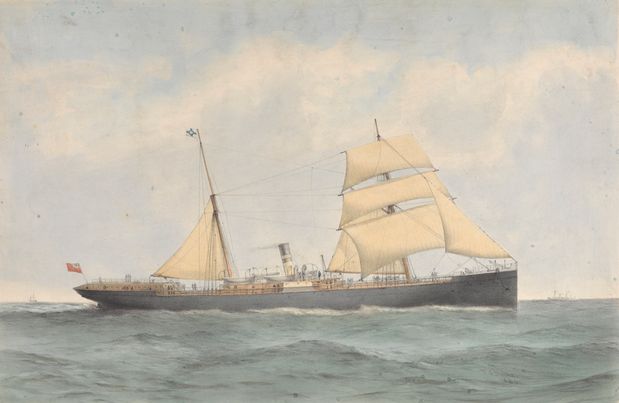 A painting owned by The National Maritime Museum.

I believe this to be of either Congella or Pongola. Pioneer of the Natal Direct Line of Steamers, pongola was launched in August 1879, being named by Mrs Brown the wife of Captain Brown, who first commanded the vessel.

After being engaged in the South African and Indian tradesshe was sold in 1907 to Cie de Nav. Mixte of France and renamed Matidja.

In 1921 she became Orovvidenza of Ital and changed her flag again in 1925 to become Gabriella of Turkey.

In 1927 Greek owners bought her and she was renemed Selam but she passed again the the Turkish flag before being broken up in Savona in 1930. By then she had sailed for 51 years.