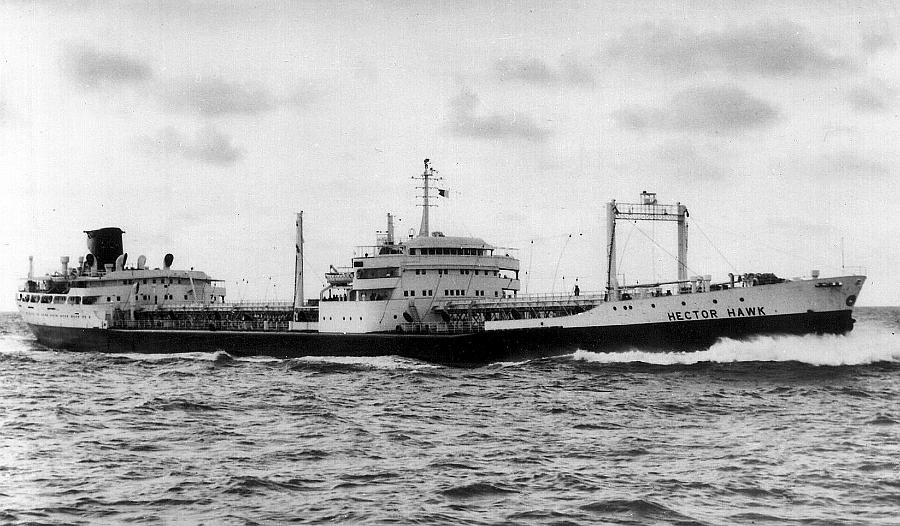 Hector Hawk was anchored off Fiumicino waiting on tank space to commence discharge of LFO thru the submarine pipeline. 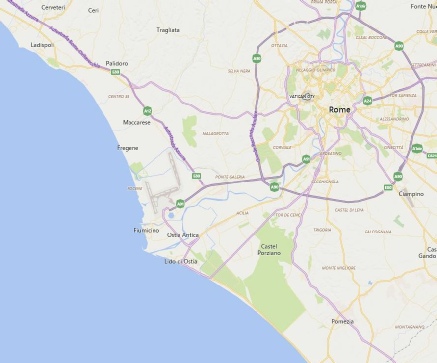 Weather deteriorated rapidly in afternoon and Master and others could not reboard from agent’s boat. Weather continued to deteriorate and the vessel started dragging her anchor towards the beach. The second anchor was dropped but to no avail. Started to heave up anchors and use main engine but vessel’s stern grounded and punched rudder up and fractured steering gear cross-head. Afterpeak tank flooded but judicious use of main engine and dredging one anchor, managed to move the vessel far enough offshore to a decent holding ground where we remained waiting for tug assistance.

Tug arrived next morning and 'Hawk' towed to Naples for cargo discharge and subsequent drydocking .

Master and other pilgrims rejoined in Naples just long enough to pack their bags !

Capt Dave Cornwell replaced RGT Franklin as Master and Peter Boyle was the new Mate. Rob Metcalf and I remained as Apprentices.

We had 3 weeks in Naples before resuming the Banias/Tripoli/Fiumicino/Genoa service.

An Imodco Buoy was later installed at Fiumicino which was less prone to weather than the original spread mooring/submarine hose set-up.