The barquentine Aurora, which arrived at Natal on Saturday morning, September 27, brings sad intelligence from Madagascar. She reports that the British barque Palala, belonging to Messrs. Bullara, King and Co., and commanded by Captain Renouf, late of the barque Durban, and well known at this port, struck on a reef on Faux Cap, off the coast of Madagascar.

There was a heavy fog prevailing at the time, and the navigation had been carried on by dead reckoning for about three days. The vessel broke up immediately, and out of a crew of 18 hands, only three men were saved - the second mate and two sailors.

The vessel struck just before daybreak on July 2, and foundered within 20 minutes. When first she struck the foremast gave way, and in coming down smashed the two forward boats. The Paleta then crossed the reef on which she had struck and struck on a second reef, whereupon the mainmast went, and in the fall smashed the two after boats. Thus the crew were altogether deprived of boats, but had it been otherwise they would have been no use, as they could not have lived in the heavy breakers prevailing. Directly the vessel struck her timbers gave way, and she literally fell to pieces, so terrific was the blow.

The second mate states that he was three hours in the water, and passed the captain endeavouring to swim ashore. He certainly believes that he would not have been saved had it not been for a huge wave, which landed him high on one of the rocks. Had he managed to swim to the rocks he could not have climbed them, they were so steep. The two other survivors could not swim, and they had a miraculous escape from a watery grave. It appears that they clung to spars from the wreckage, and managed to get ashore by springing from one spar to another. The rest of the crew were entangled in the wreckage and could not escape.

On landing, the three unfortunate fellows were seized by the natives, who endeavoured to carry them up country to make slaves of them, and then threatened to shoot and to stab them. The sailmaker, a foreigner, happened to have a gold earring in his possession, and it was simply owing to this that the men escaped, he making a present of it to their captors. The poor fellows were then allowed to walk about, but were closely watched and pursued. Whenever they attempted to get away by walking along the coast they were followed by a band of about 30 natives, armed with spears and guns.

They eventually managed to get rid of the natives by persistently walking along the coast and breaking through them. On their last attempt to escape they were followed for about six miles by about 50 natives, who then gradually dispersed until only five were left. Those five followed the men about 20 miles, but ultimately they managed to get rid of them. It was now about night fall, and they deemed it best to elude their pursuers by doubling, knowing also that they would then be in the direction of Cape St. Mary, a trading station. They were stopped during the night by three natives, who,, fortunately, were only armed with spears, but as each man had a stout stick they had no fear, and on their showing fight the natives allowed them to pass.

After this they managed to get along unmolested, and reached Cape St. Mary about July 7, and remained there until August 9. After their arrival at the trading station some of their captors, came down and objected to the men staying there. A lot of trouble ensued, but Mr. Fernie, a trader there, succeeded in securing the liberty of the men by paying a ransom for them.

On the 9th of August the Gled anchored at Cape St.Mary, and it was only by accident that the captain (Mr. O. Fosdal) heard that there were shipwrecked men ashore. He immediately went, with a boat to enquire, and had the satisfaction of seeing his kindly and humane act rewarded by the three unfortunate men being brought to his vessel. 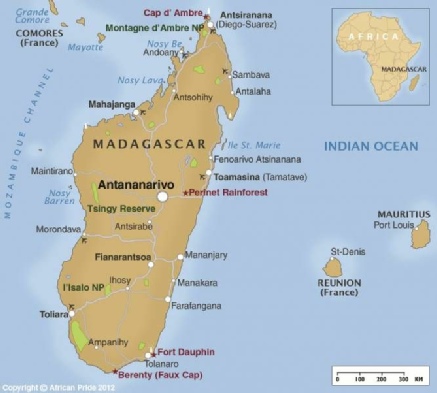