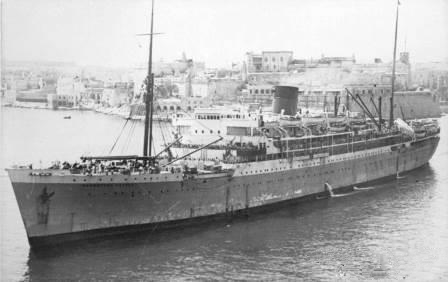 On 30 August 1939 the passenger ship Dunnottar Castle of the Union-Castle Mail SS Co Ltd, London was requisitioned by the Admiralty and converted to an armed merchant cruiser. Conversion was completed on 22 October 1939.

On 27 July 1942 returned and used as troopship by the Ministry of War Transport (MoWT). In March 1948 returned to owner.