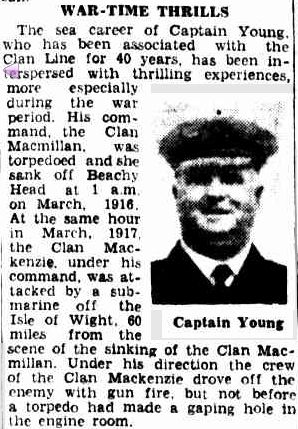 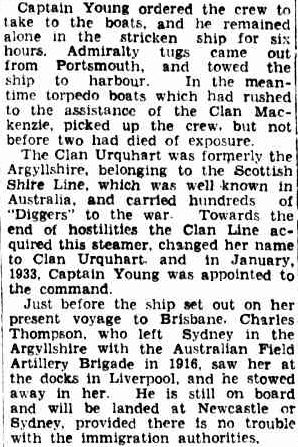 Captain George Young was, in 1935, Vice-Commodore of the Clan Line.

He held an extra masters certificate in sail with 40 years service with the same company.

He was Master of the Clan MacMillan when in March 1917 she was torpedoed by a German submarine. The Captain and crew escaped in the boats.

In March 1918 when Master of the Clan MacKenzie she was torpedoed by another German submarine. Under Capt Young's direction the crew were able to drive the marauder off. For this action Capt Young received Lloyd's Medal for Meritorious Services. 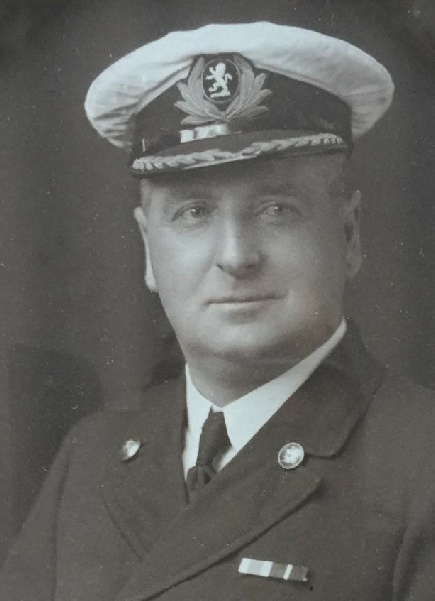 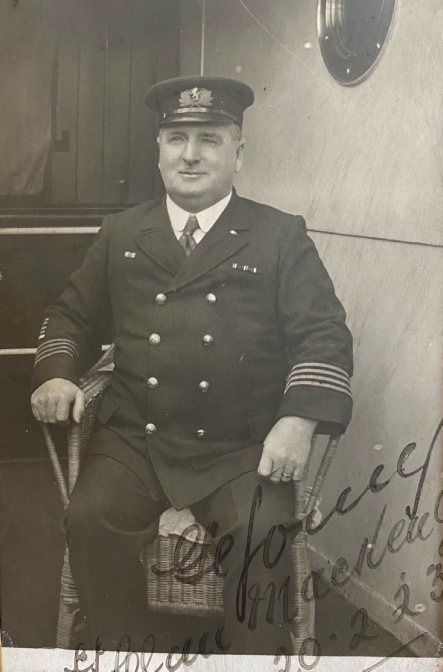 Taken when Master of Clan MacKenzie in 1923 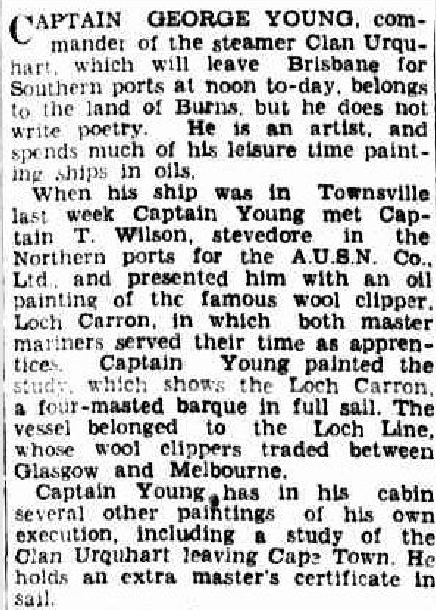 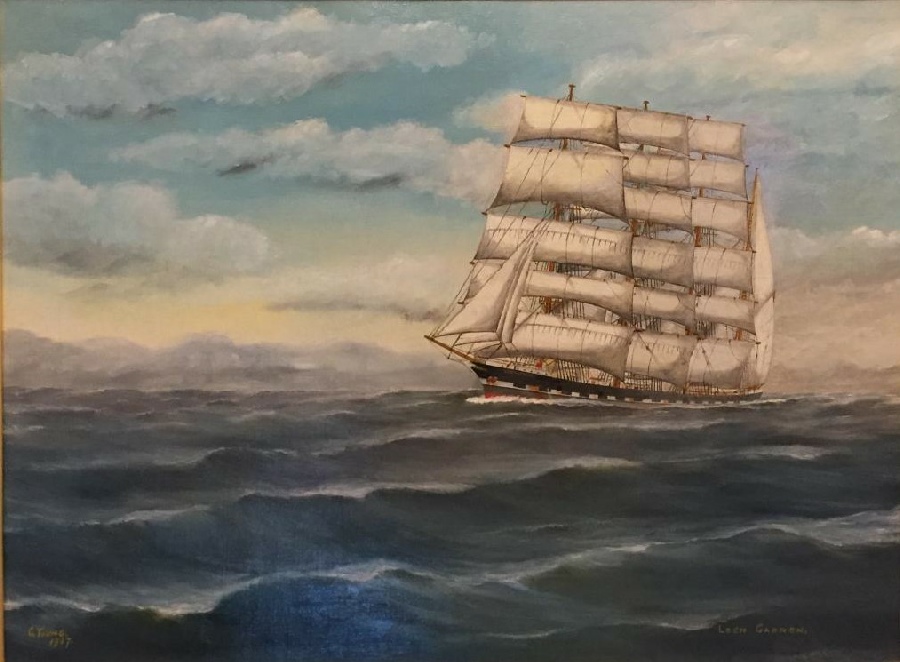 The painting of Loch Carron by George Young