TINTAGEL CASTLE (1) was built in 1896 by Fairfield Ship Building & Engineering Co. at Govan with a tonnage of 5531grt, a length of 425ft 2in, a beam of 50ft and a service speed of 15 knots. Sister of the Avondale Castle she was launched for the Intermediate service.

In September 1912, together with her sister, she was sold to Cie. de Navigation Sud-Atlantique for their Bordeaux to South America service and renamed Liger. 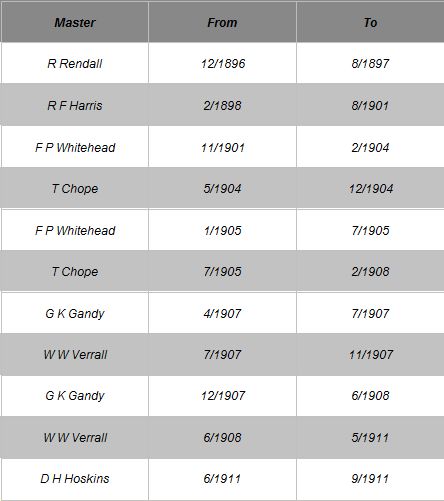 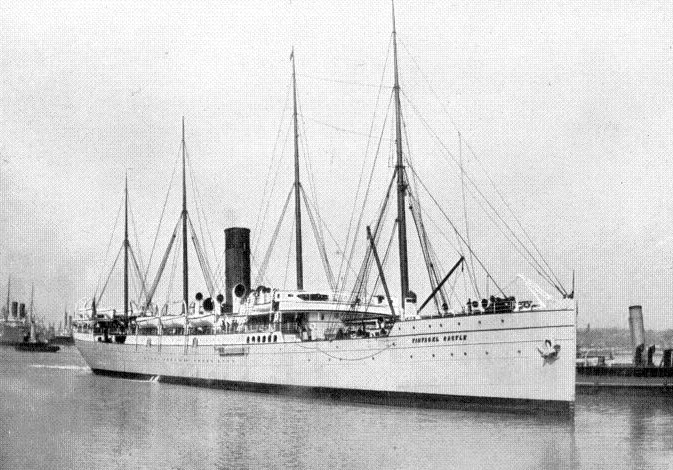 During the Boer War the Tintagel Castle carried 1200 soldiers from Southampton to Cape Town in March 1900.  A book recorded and illustrated by the ships surgeon, Dr W W L McClean, and the Third Officer E H Shackleton recorded the voyage.

The voyage took 20 days 6 hours and 39 minutes, and the distance travelled was 5953 miles.

How The Troops Were Fed

It is no easy matter to provide a daily menu for a large body of troops on shore; the difficulty is far greater when they are afloat, and when it is necessary to lay in, before the voyage begins, a stock of food sufficient to last for a period of three weeks or longer, and of such quantity and variety as to ensure a liberal supply, with not too large remainder at the end of the voyage.  The purpose of giving in this article a short account of the quantities required to provision the Tintagel Castle for her 6,000 mile trip and with her 1,200 soldiers aboard, and also an outline of the arrangements for preparing the food supply, and copy of the bill of fare.

The whole of the catering was most ably superintended by our energetic chief steward, Mr E Young.  Our chef, R B Merryweather, upon whose shoulders fell the labour of preparing the daily food supply for such a larger number of men, carried out his onerous duties very thoroughly, his forces in the galley numbering four assistant cooks and two Tommies, lent for the occasion, one of whom was an embryo parson, and the other an Oxford undergraduate.  There were also two assistants in the vegetable locker and scullery.  No less than two tons of coal were consumed daily in keeping the galleys working.

The baking of our bread supply fully occupied, night and day, three ship’s bakers and two volunteers from the ranks and daily some 1,200lbs of flour were used in preparing the bread.

The butcher’s staff consisted of two ship’s butchers and two soldier assistants, and that they had their work cut out may be gathered from the fact that the daily consumption of meat was some 16 cwt.  The meat, and, in fact, all other perishable foods, such as fish, fruit etc, was kept in the large refrigerating chambers of which there were four, capable of holding 160 tons of provisions, and before using required to be thoroughly thawed for some hours.

The stores placed on board in London for the voyage out and home included:- 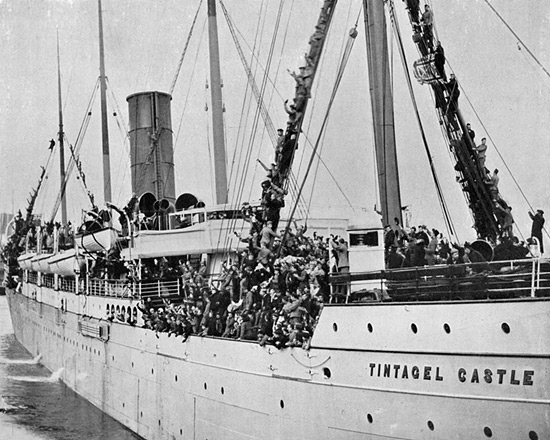 The two latter articles mentioned were for baking purposes, whilst, in addition to the large supply of potatoes and other vegetables, no less than one hundred and fifty pounds worth of fresh vegetables were used on the voyage.

No less than 84,000 gallons of fresh water were distilled during the voyage, in addition to 49,000 gallons received from the shore.  This allowed nearly five gallons per man daily, the average daily consumption being 6,650 gallons.

Four meals were served daily, and some idea may be formed as to the kind of fare provided from the weekly bill of fare, which was in use throughout the voyage. 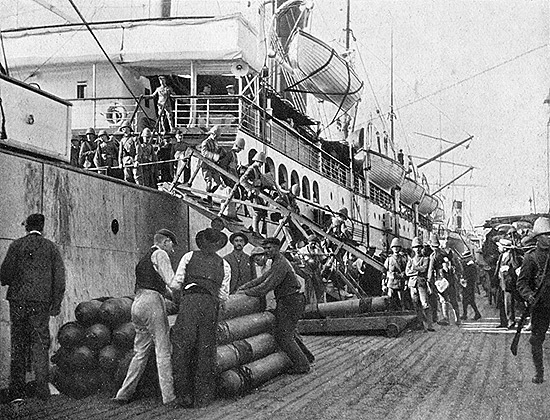 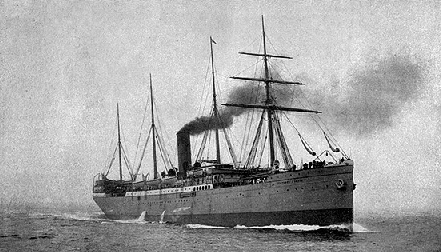