Based on the Bloemfontein Castle design she was built for the Round Africa service and replaced the Llanstephan Castle.

In 1958 she had her funnel heightened and a dome top fitted and after two cruises out of Southampton replaced the Dunnottar Castle.

She was remodelled in 1960 to accommodate 442 one class passengers.

On 4th May 1967 she was laid up in the River Blackwater prior to sailing to Kaohsiung for breaking up by Chin Ho Fa Steel & Iron Co.

I had the good fortune to sail as 3rd Officer on her final voyage to the breakers.

Joined her laid up in the River Blackwater. We sailed for Rotterdam to load a cargo of bagged Urea fertiliser. This was part of UN aid for India and was destined for Bombay.

We sailed at an economical 14 knots via Las Palmas and Cape Town. On arrival at Bombay we were sent to anchor waiting for a berth and there we stayed for 5 weeks.

Once the cargo was discharged we sailed for Kaohsiung with a stop at Singapore for bunkers.

Rounding the headland and entering Singapore roads we were set upon by “bum” boats. Their occupants eagerly anticipating a ship full of passenger with money to spend……. What a disappointment!

After taking on a bare minimum of fuel we left for Kaohsiung. Half way up the China Sea we got notification of a very large typhoon heading between Taiwan and The Philippines moving North West. We started tracking its course which was due to cross ours.

Now light ship we did not have the greatest amount of stability it was therefore vital to avoid the typhoon.

Capt. Dai Rees summoned the deck officers to the bridge to ask our opinions as to whether we would go on and cross well ahead of the typhoon or put into Manilla until it had passed by.

We each expressed the opinion that we had ample time and, if necessary ample speed, to cross well ahead and that we should proceed. Capt. Rees did not share our thoughts and ordered us to head for Manilla.

About 200 miles from Manilla the weather forecasts showed that the typhoon had veered to South West and was now headed straight for Manilla. As a consequence the Philippine authorities had closed the port.

Another bridge conference. By now we did not have enough fuel to reach Kaohsiung! So back we went to Singapore to refuel. This time when we entered the roads…… not a “bum” boat in sight!

The next run up to Kaohsiung was uneventful and finally we entered the port and headed for the scrap yard. This fine ship was moved astern in between a variety of old wrecks, we simply wedged in between them. We were all taken ashore and looking back we could see this lovely liner, in great condition but no longer required…. What a tragedy. 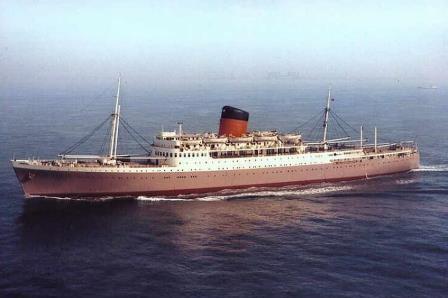 Approaching the entrance to Kaohsiung 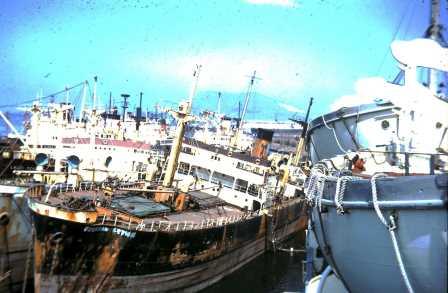 Wedged in amongst other discarded ships 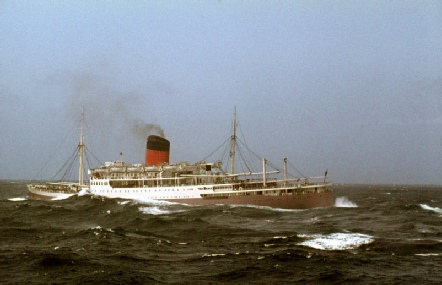 Much flag flying and whistle blowing as she bade farewell to her smaller sister. 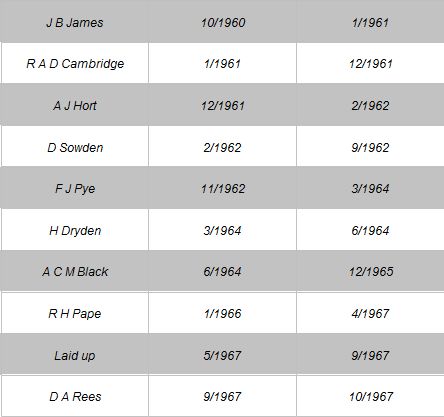 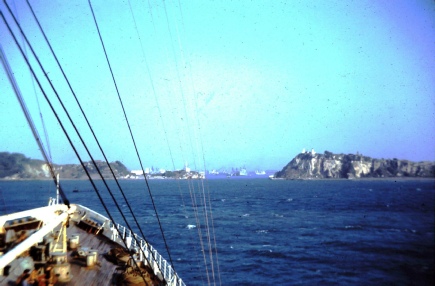 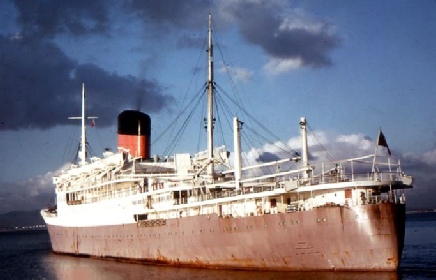 bound for Bombay and then on to the breakers 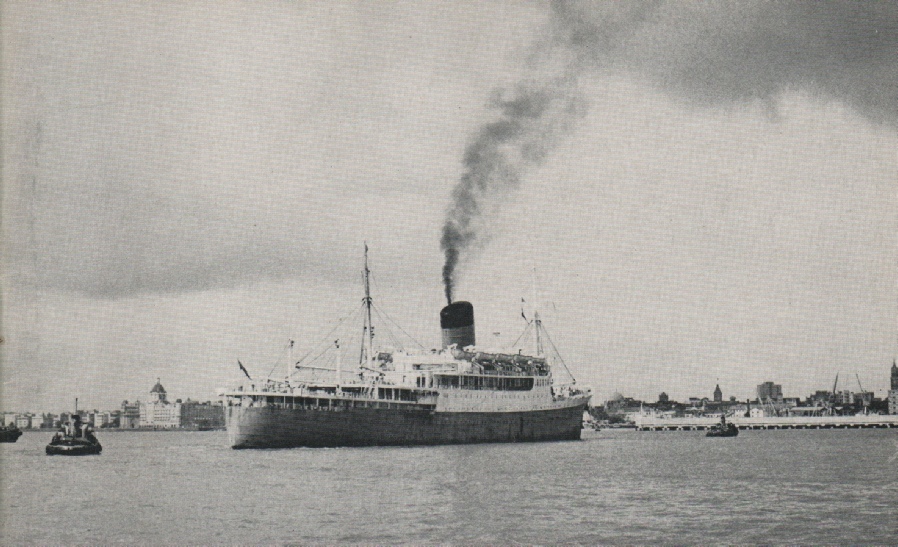 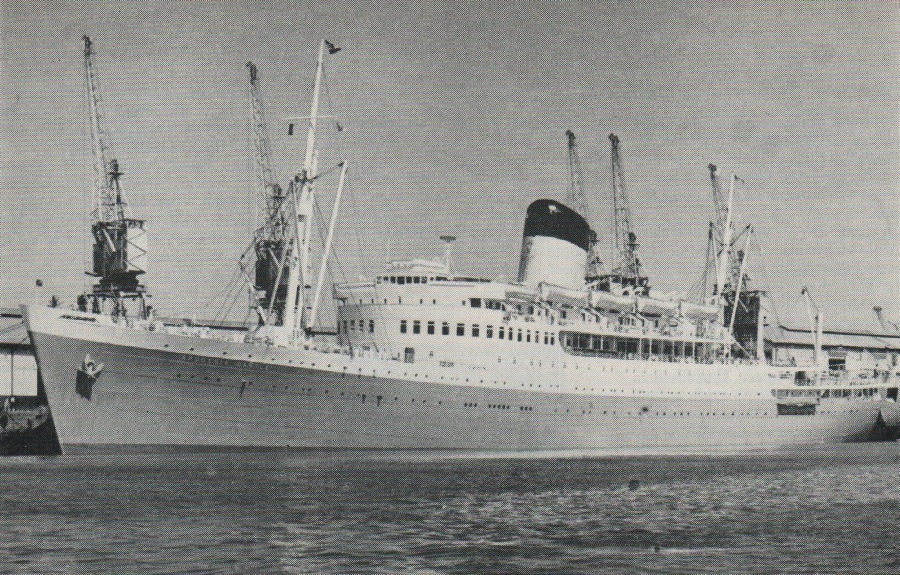 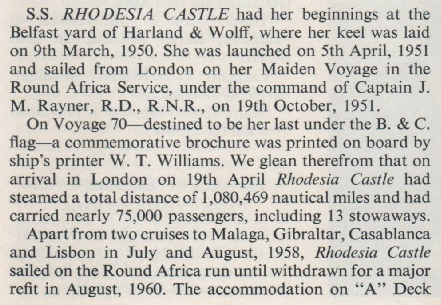 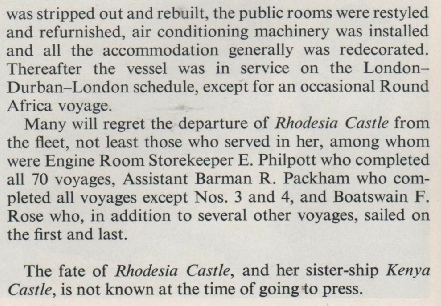 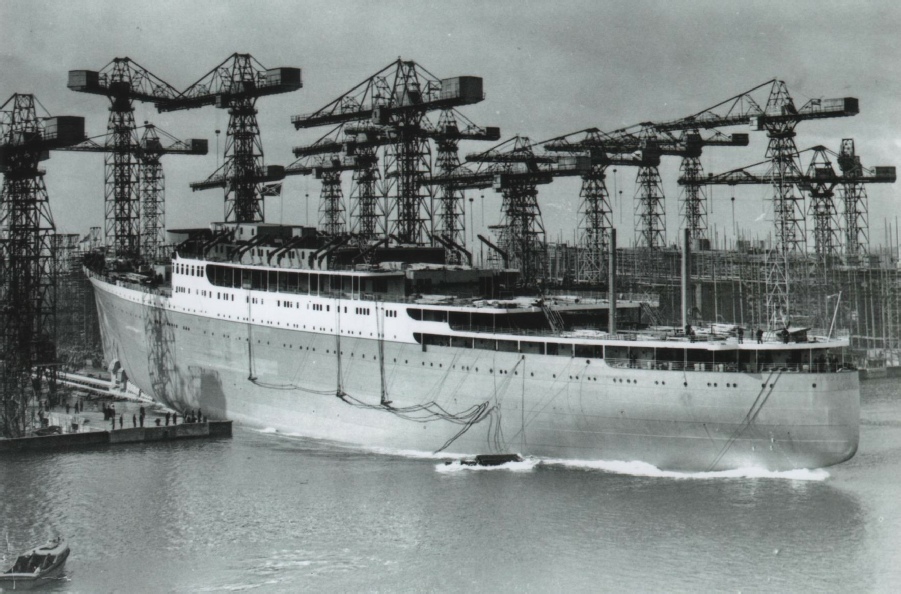 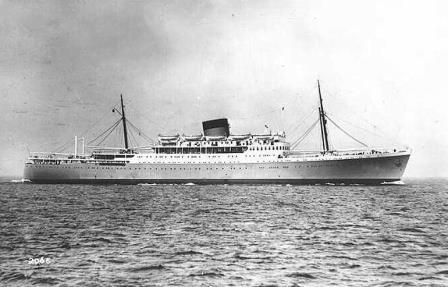 In Liverpool for Funnel Extension - 1960 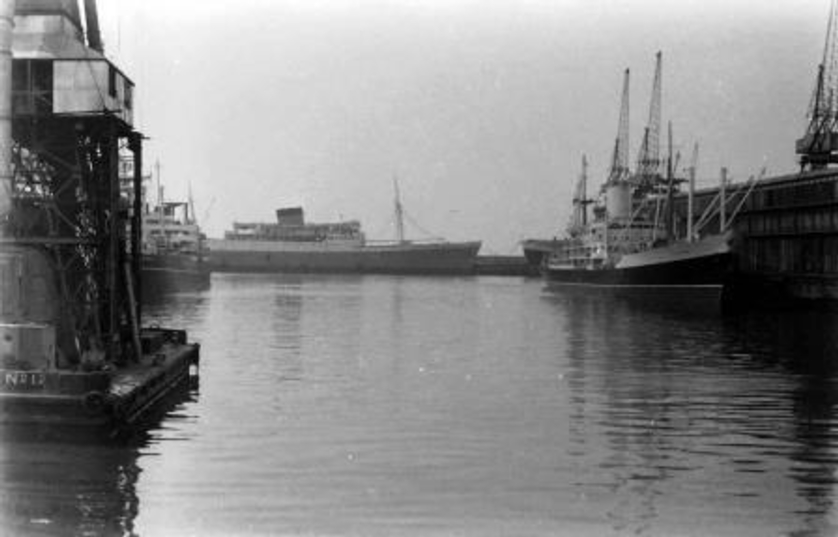 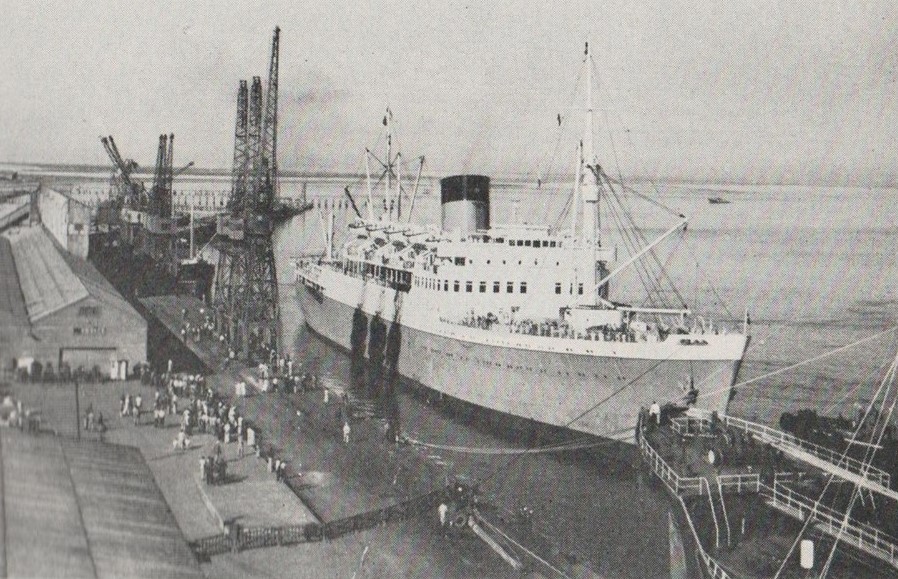 A Rough Day in The Bay of Biscay 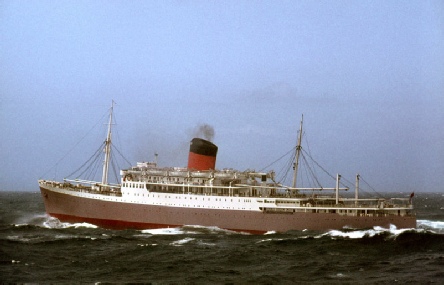 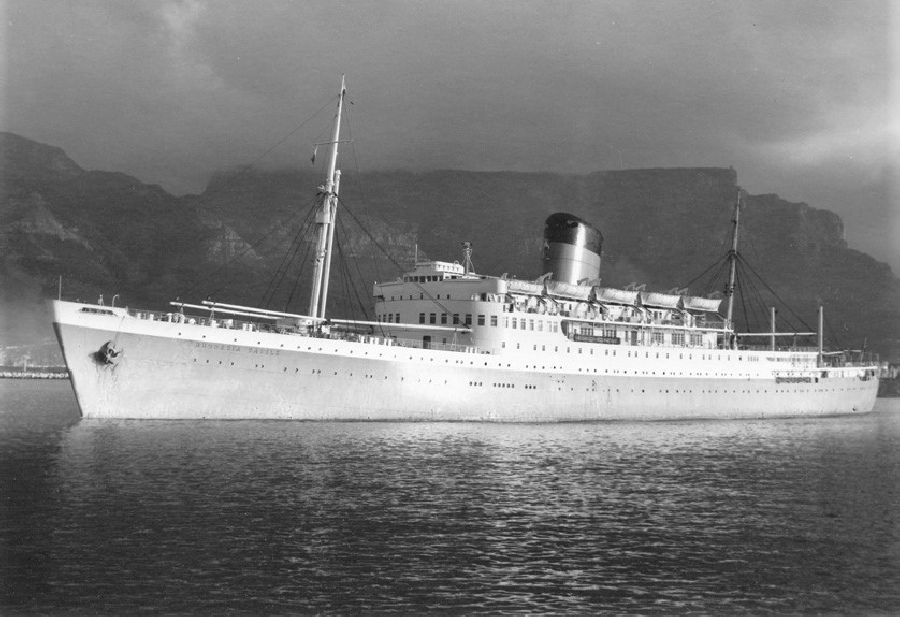