My own recollections of Ronnie are somewhat different. I sailed with him when I was third officer on Reina Del Mar and again as second officer on Rotherwick Castle.

I found him a very pleasant man with a sense of fun. On passage from Glasgow to Liverpool on Rotherwick Castle his took the ship round the bay of a village dear to him on the Scottish coast, blew the whistle very loud and very long and then proceed on the intended track. 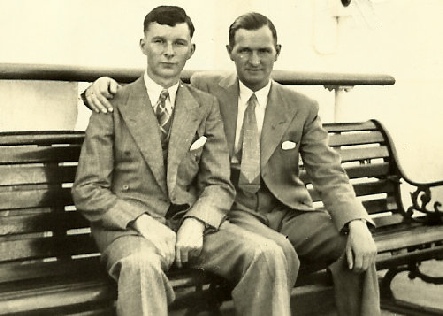 Ronnie on the right with his brother Norman

Norman was killed when 'OCEAN VOYAGER' was bombed by German JU 88 aircraft in Tripoli Harbour. Norman was serving as third officer.

Image taken on board RMS "Arundel Castle" at Durban,South Africa on 16th April,1939

Ronnie was a cousin and used to stay with my parents in Greenock when he attended the James Watt nautical college studying for his certificates.

His home was in Millport on the Isle of Cumbrae where he lived all his life.When home on leave,he would conduct religious services on the beach quite close to his residence, Grove Cottage.

He was married to Alice and had three children,Margaret,John and Sandy, the youngest still living in Grove Cottage, who ran two launches Endurance and Endeavour delivering mail and papers as well as fishing trips and excursions.

Ronnie took command of one of them and enjoyed his retirement.He would often overnight with my parents when travelling home to Millport and regale me with stories of the diamond millionaires who took passage on the big UC liners.It was great to listen as all we had was the "wireless".

He would tell me of his voyages and one one voyage in the Far East his ship was in real danger of foundering in a severe tropical storm and he would indeed pray and the ship survived.

His faith was unshakeable.When in port he would devote his off- duty time to visiting other ships to conduct lay services.His siblings were,John,Margaret,Jean and Sandy who also lived all his life Millport.

His saddest voyage was to deliver the Kenya Castle,I think,to the breakers at Faslane in the Gareloch,she was in prime condition and he let her rip off Arran on the way to the breakers.

Many thanks, as you will see from his page I sailed with him on two ships, Reina Del Mar and Rotherwick Castle. If you see my recollection of his salute to his home, that was indeed Millport.

Taking the ship to the breakers yard would have been Braemar Castle, Kenya Castle was sold for further use. If you look at the Braemar Castle page you will see that he was the last master of that vessel 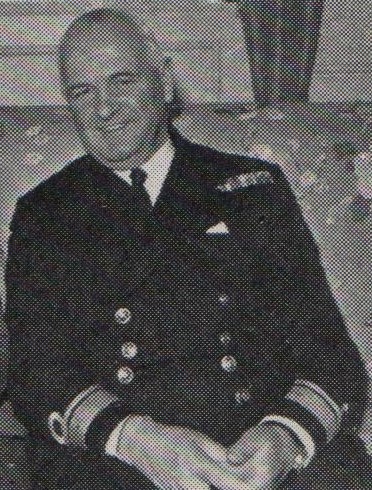 Captain Wright hailed from one of those somewhat isolated Scottish islands, a very dour man and very religious.

I first sailed with him as a very new 3rd Mate on the "Rochester Castle", I should say here that the "Rochester" was not amongst the Company's most favoured vessels, officers sent to her were sometimes thought to be there for a reason, I spent rather a lot of time on the "Rochester"!   We sailed from Southampton and almost as soon as we dropped the Pilot at the Nab Tower we ran into thick fog.

Remember the old Cossor radar?   If working well it managed to pick up a ship at 12 miles!   I thought we would go to anchor, there were several ships about all either at anchor or drifting about blowing whistles, those at anchor beating gongs and wringing bells.   Before you heard anything you were almost on top of the ship.   Around the Royal Sovereign light vessel looked like a nasty rash, there must have been at least 20 ships at anchor with more arriving, I thought we would be one of them.

Not a bit of it, by now Ronnie had a deck chair in the wheelhouse (furnishings were never high in the list of U-C priorities) whilst we watch keepers alternated between peering into the radar and standing out on the dripping wing of the bridge hoping we heard the other ships whistle before we actually crashed into it.   In those days there was no separation zones or traffic lanes, it was simply a free for all and you took the most direct route to your destination. Thus from Royal Sovereign round Dungeness, North Foreland and the Goodwin's was a night mare, even in clear weather it was exciting, did we stop, no sir with Ronnie in his chair and every hour or so going to his cabin for ten minutes we ploughed on through the pea souper. 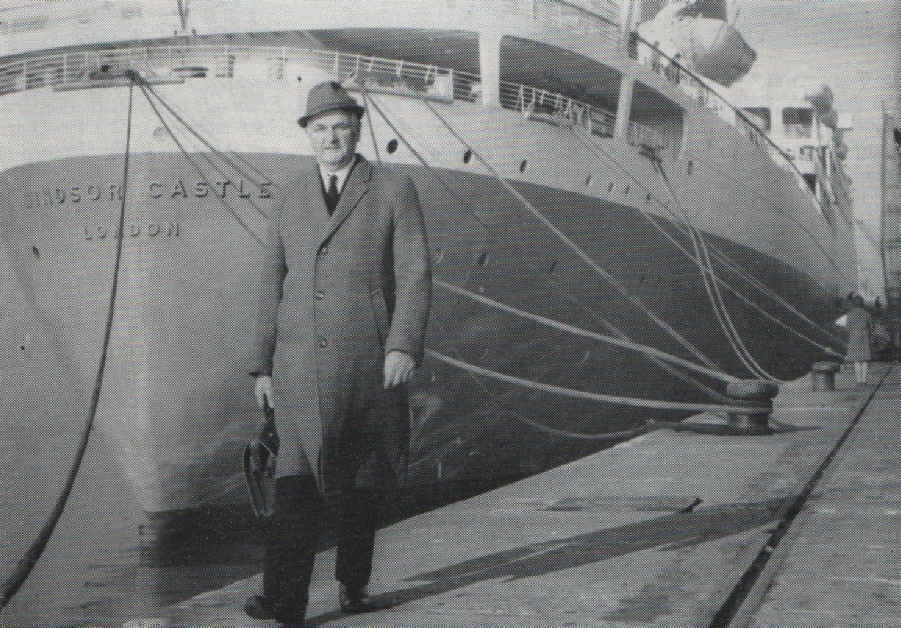 I have to say we were amongst a very small number of ships on the move, past the Thames, up the North Sea, once more than ten miles from land to fix our position we relied upon the radio D.F. set, remember them!?   For those of you who have forgotten or are too young one of the more bizarre navigational instruments was the D.F. set.   All around the coasts light houses at appointed times transmitted a call sign in Morse code followed by a long dash, in the chartroom we had volumes giving lists of all these D.F. stations (the 2nd Mates daily occupation, pasting in never ending corrections), the set would be switched on and, turning the dial you hoped, or the Radio officer hoped to pick up the station.  More twiddling and the theory was that at the point where the signal was faintest there was your stations bearing.   Well all it really told you was that you were somewhere in the North Sea, the resultant widely spread bearings were of little use.

Running up the North Sea is not even now the best thing to do in thick fog, as the mine fields were then still very much in place and stumbling into one not to be recommended it was rather nerve wracking.   But Ronnie kept on going.   Eventually by some miracle we found 'Pit 1'' buoy, vital as it and subsequent buoys led to the Elbe Pilot station.   The "Rochester" bumbled its way through the throng of ships at anchor into the very centre all the while blowing PT, the signal we required a pilot.   And there lo and behold the cutter was alongside, and shortly the pilot arrived on the bridge.

"How on earth did you find us Captain?" asked the pilot.

"Oh, I just knew you had to be in the middle of this lot!"

Three days later we sailed from Hamburg, we passed the same ships, all still at anchor.   I am not sure if it was before that voyage or after that Ronnie was hauled up to London for a royal telling off, an article had appeared in the national press, "Who gave the order to alter course."   Ronnie had sailed from Hamburg into atrocious weather, the old "Rochester's" engines were not up to it and the ship was in a dire situation, if she set to one side it would be into the mine fields, to the other and she would be aground on a mud bank.   Ronnie left the bridge and went to his cabin and, for twenty or so minutes was on his knees having a few words with God.   he returned to the bridge, the wind had shifted and the "Rochester" was safely on her course.   Remember I told you Ronnie went down to his cabin every so often?

Ronnie's religious convictions did not permit the crew to work overtime on the Sabbath.   In those days the sailors were not paid overtime for watch-keeping duties over the weekend thus it was not the practice to give them other work on deck during their watch-keeping hours. Ronnie was most insistent that this infringement of the Lord's day be kept to the absolute minimum, "I'll nooo have the crew working on the Sabbath mister mate".

Whilst with him on the "Rochester" the seaman got a pay rise and amongst the concessions was paying overtime for watch-keeping over the weekend.   Oh dear, poor Ronnie for his other mantra in life was THRIFT.   Now the two pillars of his being were in direct opposition, I'm not sure how he squared it with the Chief Up Top but he told the Mate, "Now the crew get paid for their watch on the weekends, I noo see why they should'na worrrrk"

Dour he may have been, but Ronnie was a good ship's master.   I believe in retirement he helped his son who was either a fisherman in the islands or hired out small boats. 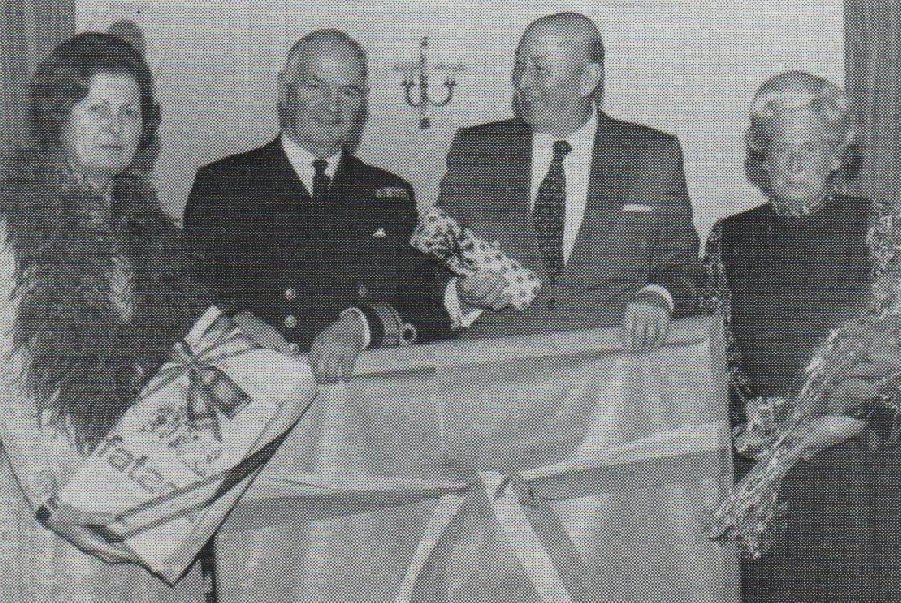