Captain Rodney David Lofts, R.N.R., R.D & bar was one of the few who could as of by right use the titles of both Master and Captain – but to those of us who knew him he will always be plain ‘Lofty’.

The youngest of three brothers, he was born in Murree, India (now after partition Pakistan) on the 19th of July 1925 where his father was stationed in the Indian Army.   Like most children of his era in India Lofty was despatched to the Mother Country for his education, in 1936 aged eleven he started his first term at Lancaster Royal Grammar School.   Founded in 1472 this famous school  is high in the scholastic achievers list, however I fear Lofty was not amongst them as his end of term reports read depressingly like my own.   ‘Works well’ and ‘a good terms work’ are equally balanced with ‘must do better’ and ‘disappointing results’  and in his last report when he left school in July 1941 the head master is not prepared to put any money on Rodney’s examination prospects but congratulates him on gaining entry to H.M.S. Conway.

The ‘Conway’ was no rest camp, as a ‘straight to sea’ cadet listening to stories of life aboard the old wooden wall hulk made me think the extra years sea time I had to do to make up for this omission in my education was a bargain.

At the end of 1943 Lofty left the safety of ‘Conway’ moored in the Menai Straits and joined his first ‘real’ ship, not in the Merchant Service where most of ‘Conway’s’ boys went but in the Royal Navy.   Instead of applying to one of the many great British shipping companies Lofty volunteered for the Royal Navy Reserve and was sent to the light cruiser H.M.S. ‘Emerald’ as a midshipman.

The ‘Emerald’ had just come out from a refit (she was first commissioned in 1926 and had been laid up in reserve, as a prelude to being scrapped in 1937, but rescued by the war and re-commissioned in 1939.   Now the ‘Emerald’ headed out to the far-east for escort duties before returning in 1944 to British waters and her role at ‘Goldbeach’ Normandy landings.

Lofty left the ‘Emerald’ probably on his promotion to lieutenant.   His next appointment was to the brand new Loch Class frigate H.M.S. ‘Scavaig’, built by Charles Hill of Bristol, she would have carried on her bridge front their famous plaque “All ship shape and Bristol fashion”.   Commissioned in September 1944, Lofty was to remain with her to the end of his war service with the Royal Navy. The ‘Scavaig’ was in Singapore where they witnessed the surrender of Japanese forces to Earl Mountbatten.

Leaving the Navy in 1946 Lofty had to consider what to do with his life,   An idea of taking up something like medicine appealed to him but his father, thinking back to the fees he had paid for his son to go to H.M.S. ‘Conway’ thought a life in the Merchant Marine more appropriate!

Not such an easy decision to make, for it entailed leaving the wardroom atmosphere of the ‘Scavaig’ and studying for his Second Mates certificate at the King Edward VII Nautical College in London, the alma matta of many a merchant navy officer. Situated amongst the gloomy surroundings of Commercial Road in the East End of London King Teddies was where you learnt the rudiments of being a useful member of a ship’s crew, no easy task for someone who until a few days ago knew only about torpedoes and machine guns.

But despite the gloomy forebodings of his head master Lofty passed his examinations, albeit not the ones his school report referred to and on the 20th of May 1947 Fourth Officer Lofts signed his contract with the Union-Castle Mail Steamship Company Limited, head office 3 Fenchurch Street otherwise known as Bleak House.

Young Lofts had not been wasting his time whilst studying at King Edward’s, I wonder if he took his girl friend to the Mecca Dancing hall in Mile End road, I know we all went there a few years later!   His very attractive girl friend is the charming elderly lady who so very generously entertained Diana my wife and myself to lunch and gave me the free run of Lofty’s papers at her home, I should really say ‘their’ home in Worthing.

Lilian Oborne changed her name to Lilian Lofts at St. Mary’s Church Sompting on the 18th August 1948.   They had met whilst Lofty was at King Edward’s. Throwing caution to the wind, for a junior officers salary was a very little one, they set up home together – a marriage meant to last.

Lofty’s early years with the Company echoed those of just about all of us, perhaps promotion a little faster as there were many spare berths to fill – officers who were lost during the war, those who simply never returned to sea from naval service and yet others filing shore jobs.   But Lofty followed the well worn footsteps of Junior Fourth, on the ‘Capetown Castle’, then to the ‘Carnarvon Castle’ as Extra Fourth and then the ‘Warwick Castle’ before being promoted to Third Officer of the ‘Kenilworth Castle’, a somewhat different class of vessel to the passenger ships Lofty had hitherto become used to.   Of course his service on the passenger ships was somewhat different to that of my day for they had not then been returned to the Mail Service as they were occupied repatriating troops and the troops wives accumulated during the war in England.   The ‘Kenilworth’ was a ship of a very different hue, a war built ‘Empire’ ship, she with two of her sisters and another two cousins, ‘Fort’ ships had been purchased by the Company for a general cargo service, Europe to the United States then South Africa and Europe to Africa.   From the comparative luxury of passenger ships Lofty went through the experience of us all – promotion to the squalor of the general cargo vessels.

When built the life expectancy of these ships was to say the very least brief, there seemed little point in spending money upon comforts that within months were probably going to be many fathoms below.   Union-Castle Line’s motto could well have been ‘let well alone’, except for the removal of the trappings of war and overpainting the grey with white and lavender the ships remained essentially unchanged to the day they went for scrap many years later.

It was whilst Lofty was First Officer of the ‘Athlone Castle’ that I first met him, I had signed on in Cape Town as Fourth Officer having been paid off sick from the ‘Roslin’.

I found myself as junior of the watch with this larger than life, bursting with energy man with eyebrows that put my father’s far from modest affairs into the shade. No matter the time of day, no matter how long he had been on deck Lofty was always brimful of energy and good humour, he was the complete ‘all rounder’, good at his job, good at entertaining and the complete family man.   I can hear him still, “come on Og, suns over the yard, beer time” and we would go down on deck to join the third leg of our drinking trio, the First Engineer.

On my first day as a cadet the Chief Engineer, Mr Laverty called me into his cabin.  “I have only one thing to say to you young Keen, oil and water don’t mix, now get out”, and that was how things were.   Deck officers did not socialise, did not even speak to engineers!   But Lofty was not one to follow the herd blindly, such petty squabbling was never his style so Lofty and I were ‘the talk of the town’ because, horror of horrors, we socialised with an engineer.

At home Lofty changed, chameleon like from being the efficient and ebullient ships officer to the family man.   The house he shared with Lilian, now the home of their daughter, is called ‘The Bowl of Cherries’, painted on one side of a ceiling beam in the kitchen is ‘Life is just’ and on the other ‘a bowl of cherries’.   An affectionate memory of the man who, coming home on leave dropped his case on the floor and sang ‘life is just a bowl of cherries’.   Devoted to the children but not to his garden, that was Lilian’s province, very definitely not his.

Lofty was a Freemason, perhaps had he lived to retirement his Masonry would have taken on a larger dimension in his life as his grandfather had been a Grand Master so obviously there was a strong family connection.

Lofty took his service in the Royal Navy Reserve very seriously.   For him it was not just something he belonged to so that he could fly the blue ensign but a contribution to his country.   Many upon leaving the services after the war put those years at their back and wanted nothing more to do with the forces, not Lofty. He reached the rank of Captain; Captain’s R.N.R. are not quite as rare as hen’s teeth but they are not thick on the ground, whilst promotion to Commander is relatively automatic that to Captain is by merit only.   This was recognised by the bar to his Reserve Decoration and finally on the 1st of July 1978 his appointment as Aid-de-Camp to Her Majesty the Queen.

In the meantime Lofty had reached command in the Company.   On the 15th of July 1964 his rank of Chief Officer of a mail ship, he was then on the ‘Pretoria Castle’ was upgraded to Staff Commander, the Company recognising that the Chief Officer was in fact the deputy Master.   In 1968 on the 13th of August, twenty-one years after joining the Company Lofty arrived at Ridham Dock to take command of the ‘Nina Bowater’, a small paper carrier owned by the Bowater Paper Company and then recently put under British & Commonwealth management.   Subsequently Lofty commanded the ‘Gladys Bowater’, ‘Rustenburg Castle’, ‘Argyllshire’, ‘King Charles’ and finally the ‘Clan Grant’.

From the time Lofty was Chief Officer and the children grown up Lilian had become Lofty’s frequent companion at sea, as she was on that last command on the ‘Clan Grant’.   Early in the morning of the 20th of November 1978 the ship was in the process of sailing from Suez for Aqaba.   Lilian from the cabin could hear the clanking of the anchor chain as it came in over the gypsy.   There was a knock on the door, a summons to the bridge.  She found the Chief Officer’s wife, a trained nurse trying to resuscitate Lofty.   From the wing of the bridge Lofty had walked to the chartroom; he was found slumped lifeless over the chart-table, he was aged just 53 years and four months.   The Company had lost an outstanding officer and commander and many of us had lost a friend we would never forget.

Some time before his death Lofty had received a letter from the Company suggesting voluntary retirements would be considered, it was the first hint that the life Lofty knew and loved was by far from secure, that change was coming and very much faster and more drastic than any expected.   If there can be any consolation in the loss of such a man it is that at least he was spared that ultimate fate of being abandoned by the Company he had always thought he would sail for for life.

Some time before Lofty’s friend and another Union-Castle master, Peter Rose died and was buried at sea, Lilian was upset by this but Lofty thought that it was just what Peter would have wanted.   And I am sure that it was what Lofty would have wanted for himself.   On the 22nd of November, with his wife Lilian by his side Captain Lofts was buried at sea in the Gulf of Aqaba in Latitude 22 19’ N, Longitude 34 52’ E. 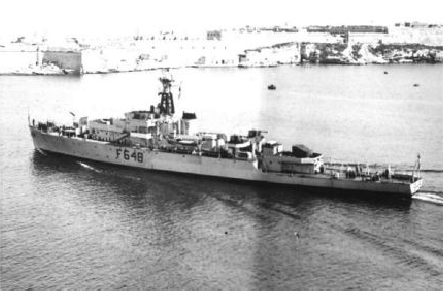 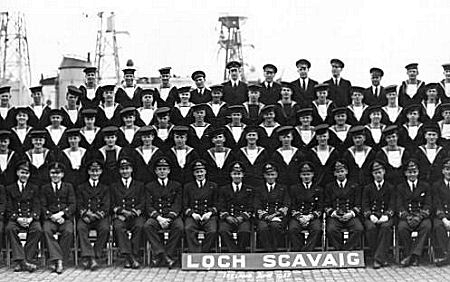 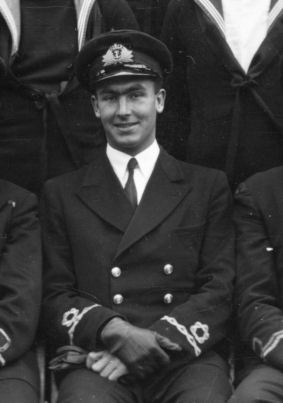