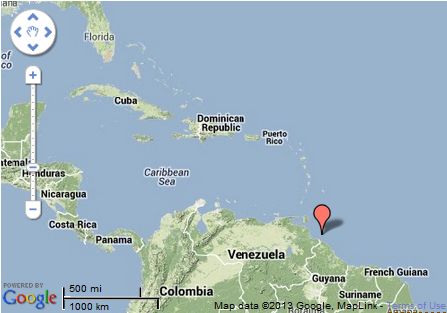 The broadcaster and historian Dan Snow had written a moving tribute in The Radio Times to his grandfather’s experience as a merchant seaman during the Second World War, as part of the commemoration of the abatement of the Battle of the Atlantic seventy years ago that’s been taking place this summer in Liverpool and elsewhere. Because my grandfather was also a Battle of the Atlantic veteran I’ve wanted to post a few blogs remembering the role of the Merchant Navy, focusing on some of the less well-known aspects. One of those is that the battle was not just about the north Atlantic convoys and the terrible losses they sustained to U-boat attack, but encompassed the entire ocean from north to south and lasted from the first to the last days of the war; the summer of 1943 really only marked the point when the tide turned in favour of the Allies. Many ships were lost off East Africa and in the Caribbean as well, and the fate of those vessels, often sailing alone and without hope of rescue, is as much a part of the story as the better-known convoy battles of the north.

This picture of Clan Macfadyen is one of my favourites from the collection of my grandfather, who was a deck officer and eventually captain with the Clan Line Steamship Company from 1925 to 1964. I’ve posted it in memory of the 82 men who went down with Clan Macfadyen on 27 November 1942, when she was torpedoed by U-508 some ninety-five miles south-east of Trinidad, on a voyage from south Africa. She had been sailing alone, making her way north to join a convoy for the Atlantic crossing to England, laden with 5,705 tons of sugar and five tons of hemp, rum and mail. She had been stalked for thirteen hours by U-508; after being struck she split in half and went down in less than ninety seconds. Only ten men survived on two life rafts, the last of them making landfall at Trinidad almost a week later. The Master, most of the officers and Lascar seamen and all but one of the Royal Marines gunners were lost.

The picture shows Clan Macfadyen before the war, being towed out heavily laden from the Clan Line docks on the river Mersey for a voyage to Africa and  India. My grandfather spent almost three years with her as a junior officer in the late 1920s, logging over 35,000 miles on three voyages. On the day of her sinking he was on the Clyde as second officer of the assault ship Empire Elaine, preparing to sail for Gibraltar and the north African landings; a year earlier in Clan MacNair he had sailed the same route as Clan Mayfayden, surviving being stalked by a U-boat in the Caribbean only to join one of the worst North Atlantic convoy crossings of the war.

The sinking of Clan Macfadyen was one of the biggest single losses of life suffered by the Clan Line, but her sinking was one of many; altogether the company lost 664 officers and ratings and 27 of the 55 ships they managed, roughly on par with the loss rate in the British Merchant Navy as a whole and representing a higher death rate than any branch of the British armed forces during the war except RAF Bomber Command. The names of the British officers and seamen lost with Clan Macfadyen, but not the Lascars, are inscribed on the Tower Hill Merchant Navy Memorial in London; 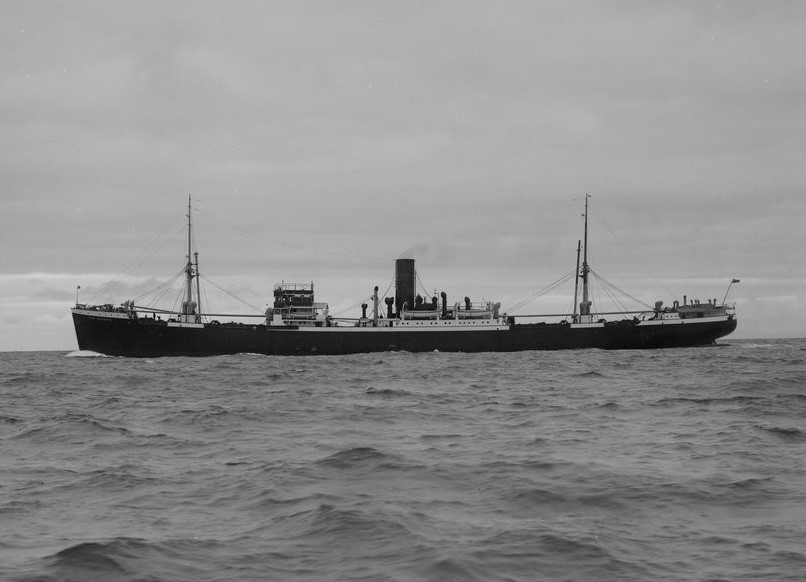 Torpedoed and Sunk East of Trinidad - 1942 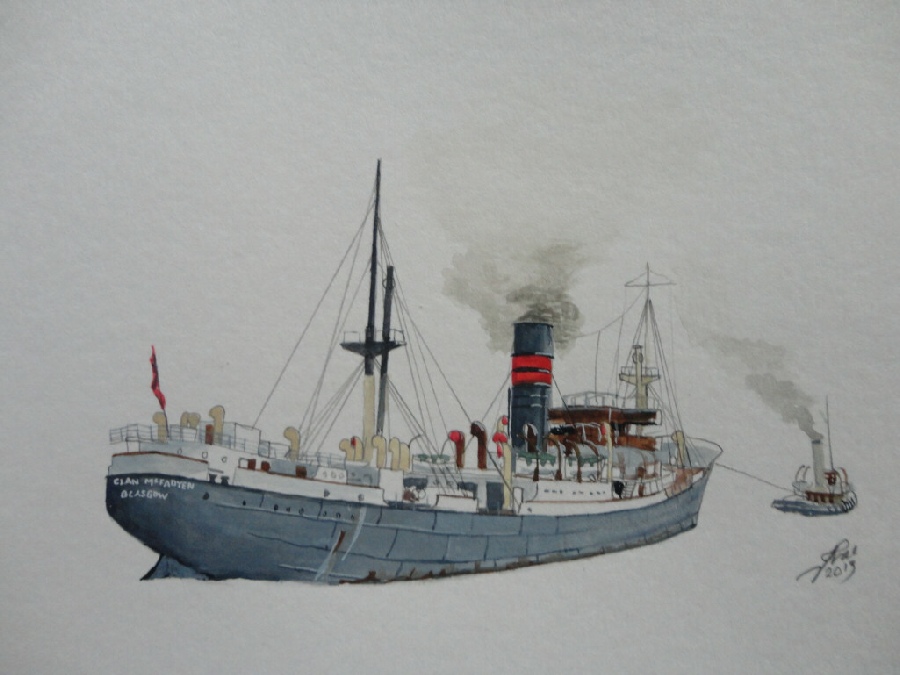 At 00.02 hours on 27 Nov, 1942, the unescorted Clan Macfadyen (Master Percy Edgar Williams) was hit on the starboard side by two G7e torpedoes from U-508 95 miles southeast of Galeota Point, Trinidad. The U-boat had chased the zigzagging freighter for 13 hours and missed her with a spread of two G7e torpedoes at 13.24 hours on 26 November. The first attack was not noticed and the vessel stopped zigzagging about one hour before the torpedoes struck, broke the ship in two and caused her to sink within 4 minutes. The fore end sank after capsizing and the after end went down on even keel. The crew of 84 men and eight gunners (the ship was armed with one 4in, one 12pdr and six machine guns) had no time to launch the lifeboats and only a few men managed to rescue themselves on rafts. The survivors observed the U-boat surfacing nearby, but it left the area without questioning them. Three crew members and one gunner were picked up from a raft by the Harvard and landed at Port of Spain on 31 November. Six crew members on another raft made landfall on Trinidad on 1 December. The master, 74 crew members and seven gunners were lost.