She was built for the Ministry of War Transport as the Empire Allenby, one of the Empire Rawlinson class of fast ships.

The officers accommodation was amidships and the ratings were housed aft in the poop. Nobody was berthed in the forecastle because of mines.

She was acquired by Union-Castle in 1946 under the Government's Ship Disposal scheme and became the Drakensburg Castle with a black hull.

With her sisters she was deployed on the USA - South Africa run but, because she was faster than the service required, was expensive to operate.

She was not suitable for tramping operations either so finished up having a shorter than normal working life.

In July 1947 she was transferred to South African registry and by the late 1950's was operating a general cargo service round Africa.

On 5th August 1959 she arrived at Hong Kong where she was broken up. 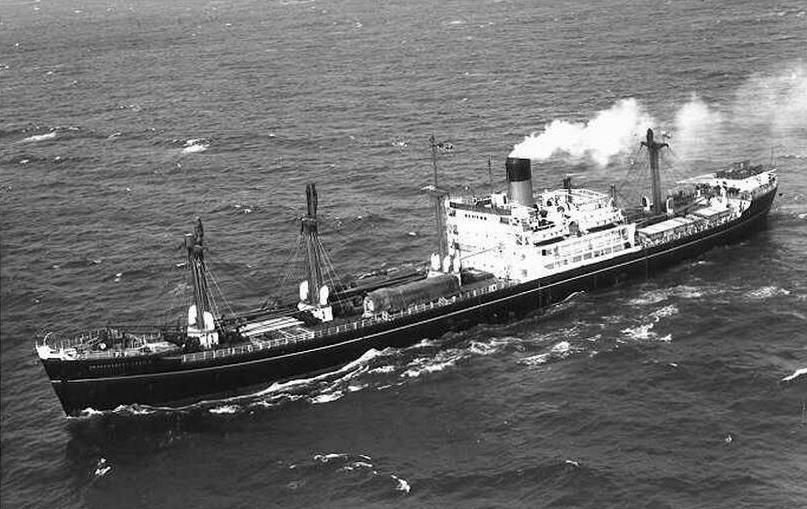 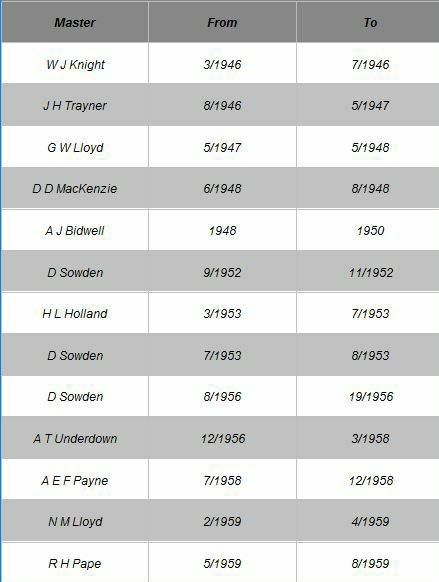