In the Roll of Honour, Union-Castle at War 1914-1918 Captain Duncan is given as being on H.M.S. "Susquehanna".   I have been unable to find any ship of that name in the Royal Navy.

It is unlikely but not impossible that the CWGC have made an error with the ships name that Captain Duncan was killed on.  The difficulty is that Union-Castle did in fact own a ship of that name. Originally bought by the Union Line and in 1917 used as a troop transport. 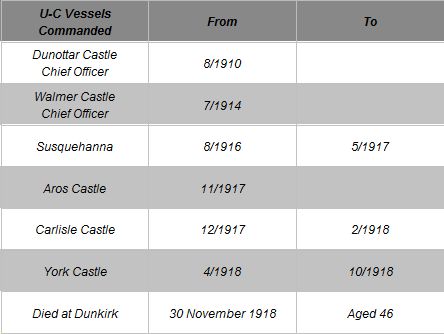