I remember well going to Harland &Wolf  Belfast for the Reina del Mar refit when she moved from PSNC to TSL,i.e. getting updated for Cruising and the trips from the Pierhead Liverpool to New York.  During the Refit  Ralph & I were in a Hotel in Bangor N1 & travelled daily to Belfast, they were good times.

Was in Southampton standing by on the Mail Liners for quite some time before getting to Sea. Lived in Hill Lane.

Some of the above on more than one trip.

As requested info for your Web Site.

The Ships I Sailed on were

I was a Electrical Officer in position,s from 4th to 1st

I sailed with Tony on the Capetown Castle he was also a Electrical Officer September 1966.

They Emigrated to Johannesburg SA I think 1967, they are both from the West of Scotland as I am myself, my home is now in Abingdon OXON.

I have completely lost touch with them.

It would also be good to make contact with anyone else who remember me,

From those great times.

Or should I say decades.

Thank you for the opportunity to post this information on your Web-site. 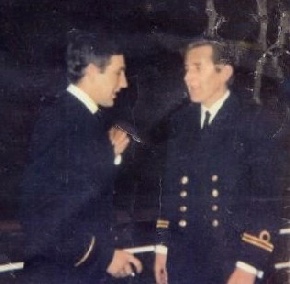 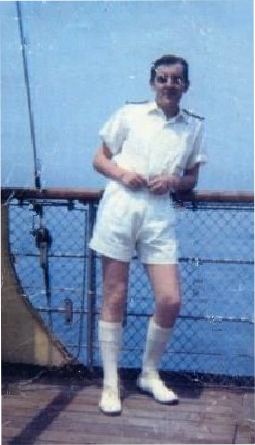