What a fantastic web site – fascinating!

My father was Captain A J (Big Jim) Culpin – sadly he died in 1967 pretty much as a result of the long term damage the Malta Convoy did to him.  It left him with thrombosis which by and large is what got him in the end.  I do not recall him as being morose (no offence taken) – he was always pretty jolly in the family context, but I do think the office job wore him down and I think sometimes he would rather have stayed afloat.

My godmother was that remarkable lady Paula Black, Captain Black’s wife – we always knew him as Murray. She was a fearsome lady who as I believe it caused havoc on whatever ship she was allowed to coast on – not sure she ever got deep sea!

My godfather was Captain Robert Pape who I believe was Master on the Capetown when the air bottle blew up in the engine room. (Actually he was not, Capetown Castle was commanded by Captain W Byles at the time of the tragedy).

I joined B&C as a deck cadet in 1973 and sailed on Clan Malcolm, Clan Grant, Hector Heron, King George and finally as 4th Mate on Windsor Castle – what a fantastic ship she was.  I left B&C in 1976 joining Panocean Anco then on to Swire Pacific where I got command in 1982.  I finally swallowed the anchor in 1987 and went to University to read law.  I am now a practicing solicitor specialising in road transport law.

Please add my details to the list.  Sadly I can see very few names of those I sailed with but would love to hear from old ship mates 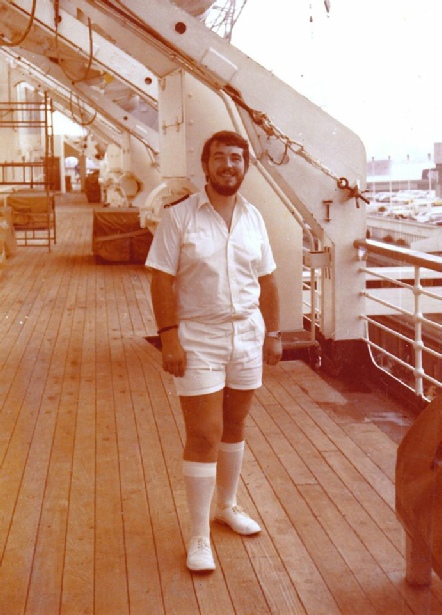