She was delivered for the Round Africa service and was the first motorship to circumnavigate the African continent.

Officers’ Menu served on board the “Llangibby Castle” during the English Channel crossing July 29, 1944. 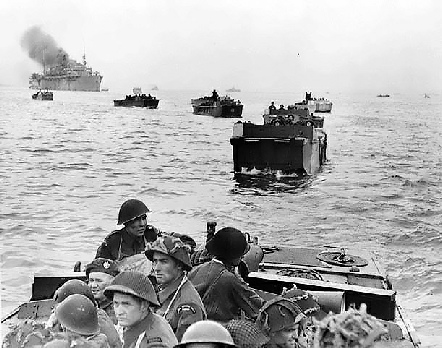 During the operation she made over seventy crossings and carried over 100,000 men. At the cessation of hostilities in Europe she was transferred to the Far East where she carried out more trooping duties.

In January 1946 she made three voyages repatriating some 6000 West African troops from Burma and India including the total internees of a military prison.

The company recorded the tour of duty as the longest Southampton to Southampton voyage undertaken in peace time. 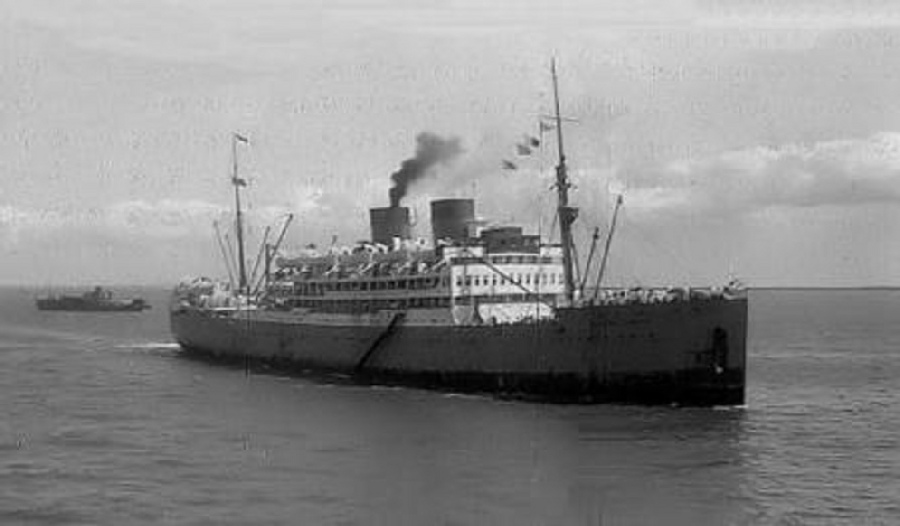 Leaving Beira on her final voyage in 1954 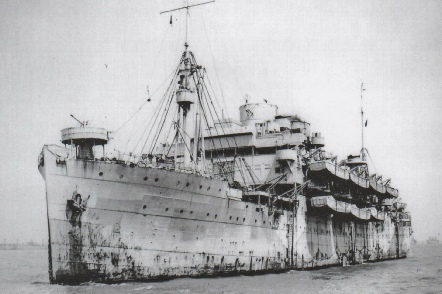 Very few merchant ships had such adventurous careers, and none led a more charmed life!

In July 1940, after a voyage from Cape Town to Falmouth, she was requisitioned for trooping duties, as she was the ideal size to carry a battalion, and initially carried troops to South and East Africa.

On December 21/22 1940 she was one of eleven ships, including the Roxburgh Castle, damaged during an air raid in Liverpool.

During a voyage from the Clyde to Singapore she was, on 16th January, torpedoed north of the Azores by U-402 The stern and after gun were blown off but the propellers remained intact.

Although carrying 1400 troops only 26 lives were lost and she managed to limp to Horta in the Azores at 9 knots, fighting off attacks by Focke-Wulf 200 'Kondor' aircraft on the way.

Only 14 days were allowed for repairs to be carried out so on 2nd February set sailed for Gibraltar escorted by an Admiralty tug and three destroyers.

She still had her troops on board and proceeded without her stern and rudder. On the following day the group of ships encountered and fought off a U-boat pack attack during which HMS Westcott sank U-581.

The tug took the Llangibby Castle in tow to assist with steering and on 8th February arrived at Gibraltar where the troops were disembarked.

Except for meals they had remained on deck for the entire voyage but they had avoided being taken prisoner in Singapore.

On 6th April, after 57 days, she sailed from Gibraltar, still without a rudder but with her escorts in attendance, for the 1445 mile voyage back to the United Kingdom where she arrived safely on 13th April.

In all she had sailed 3400 miles without a stern and rudder, using her engines only for steering, a feat for which her master, Captain Bayer, was awarded the CBE

On 9th November 1942 she was part of assault force KMF which, with force KMS and comprising in total 340 ships escorted by 3 battleships, 5 aircraft carriers, 5 cruiser, 30 destroyers and 44 support ships, undertook Operation Torch, the North African landings. She was hit with an 8" shell from a shore battery which killed one person. 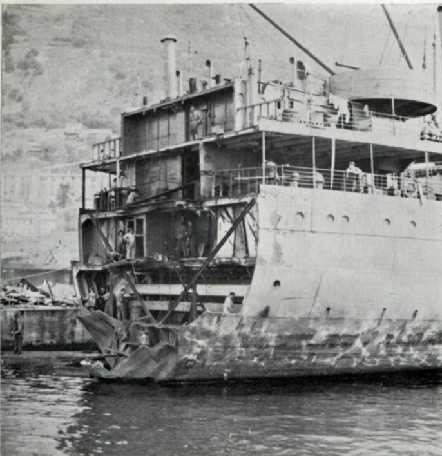 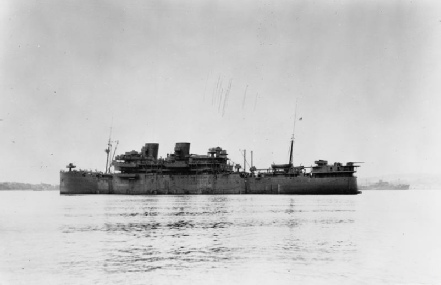 In 1943 she had to return to the United Kingdom for repairs to her bow which had been damaged at Gibraltar during the preparations for the Italian landings and, at the same time, was converted into a Landing Ship Infantry with 18 landing craft.

She rehearsed her landing techniques at Loch Fyne and then spent six months ferrying troops in the Mediterranean painted in two shades of blue.

In 1944 she was allotted to Force J3 (Juno beach), painted in camouflage paint and embarked Royal Marine Flotilla 557 to man her landing craft for 1590 troops. Based at Southampton she practised her D-Day landings at Bracklesham Bay and on 6th June joined Juno Force and landed the first wave of 750 Canadian troops at Coirseilles.

Returning to the ship ten of her LSI's were swamped with the loss of 12 lives. The second wave of 750 men were taken ashore by the remaining LSI's which made two trips to the beach.

In all she remained at the beach head for nine hours. She later landed troops at the Omaha and Utah beaches and also at Le Havre.

She was returned to Union-Castle in January 1947, after having sailed 300,256 miles and carrying 156,134 troops, and underwent a refit before resuming her Round Africa service.

In 1949 she missed a voyage after suffering a fire in the cargo space and on 29th June 1954 she sailed from Tilbury to Newport in Monmouthshire where she was broken up by J. Cashmore.

Resumption of Commercial Service after WW2 - 1947 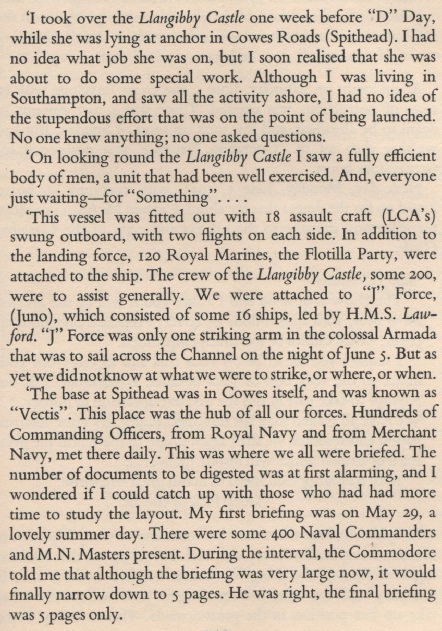 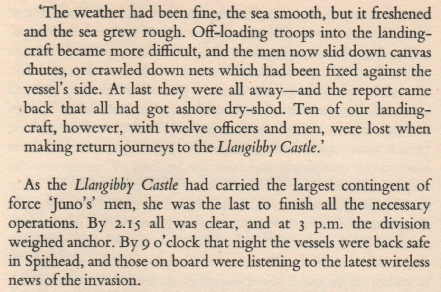 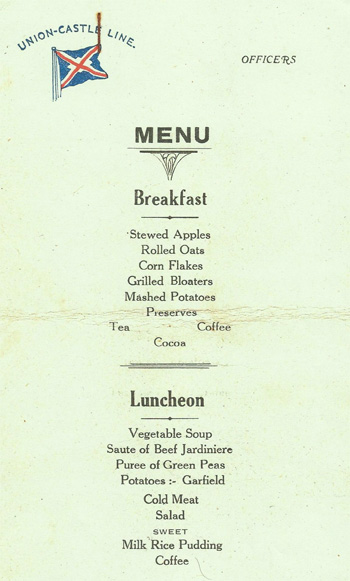 This article was first published in “The Union-Castle Chronicle”