There was accommodation for 1st and 3rd class passengers. Launched for the Clan Line (Cayzer, Irvine & Co) by Napier, Shanks & Bell, Glasgow on 20th Aug.1883, she was used on the Far East service.

In 1893 she grounded in the Suez Canal, causing massive cost penalties for her owners and in 1895 cruised with guest to the opening of the Kiel Canal by the Kaiser.

Sold in 1905 to Hamburg Diederichsen, Jebson & Co, she was renamed MARIECHEN and used on their service to Vladivostok.

In 1906 she grounded at Chichagoff, Alaska, was refloated and towed to Seattle where she was condemned and scrapped. 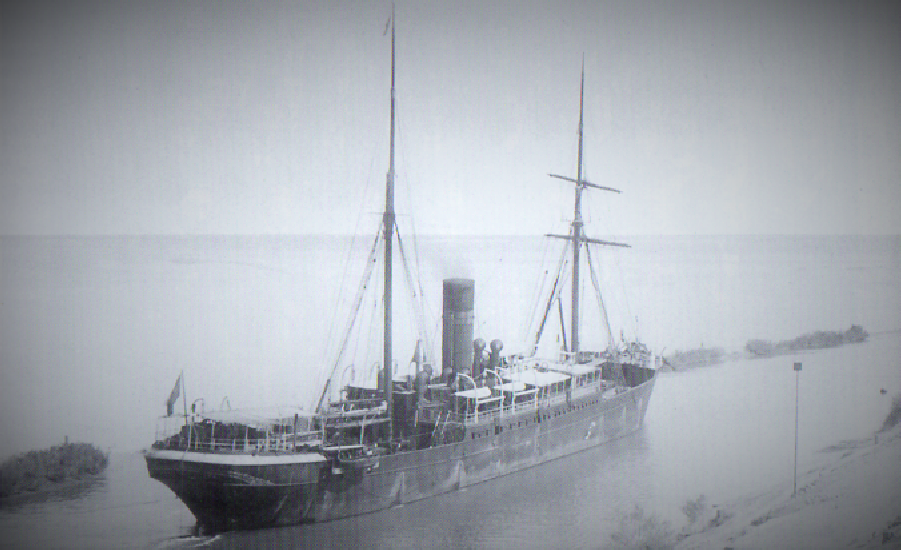 The steel German steamship Mariechen struck a rock in a snow storm January 25, 1906 in False Bay, Chatham Straits, Alaska. The following are excerpts from the wreck report:

The Mariechen departed Seattle December 19, 1905 bound for Vladivostock, East Siberia. She had a crew of 50 and a cargo of 5,000 tons of general merchandise worth $100,000. The vessel herself was worth $250,000. At the time the wreck report was filed by Rudolph Heldt, master of the Mariechen, the damage to the vessel and cargo had not been ascertained. Later reports have the vessel salvaged and towed back to Seattle