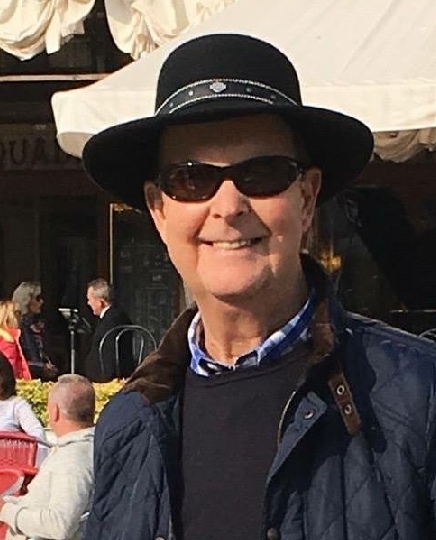 I worked as a messenger boy for Keller Bryant who were HW's agents.

Boss said, “do you want to do a trip?” and I thought, he wants me to get on my bike and go down to the New Docks .. No!  “We have this whaling ship coming in and they need a boy for deck and mess duties .. “

Ships involved were the factory ship the 'Balaena', the tanker 'Hector Heron', the freezer ship  'Enderby' and 'Setter' catchers with various individual numbers.

In the March of 1960, I was asked to take a case across for the Heron's Mate from the Balaena .. in a basket which dumped me in the sea!!

I wrote in my diary, which I kept throughout the expedition, that the cabins and food on the Heron was great compared to ours on the B. I was shown around and was impressed. 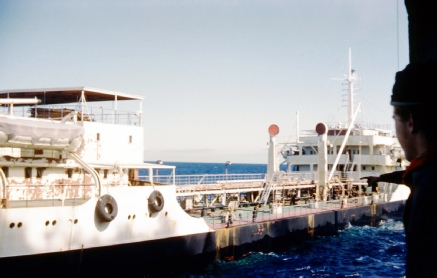 A more recent picture of Michael 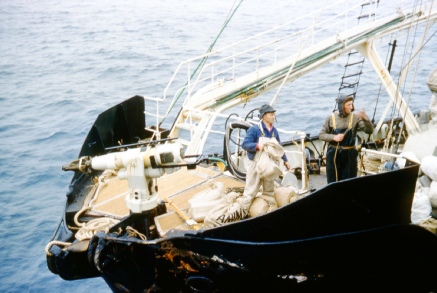 Pic of one of the catcher's harpoon .. I won't post any of the gory scenes!

Another memory from my '59 Antarctic whaling adventure.

First stop was Curacao where this is a pic of some of my chums posing by a flash Yankie car.

Of interest if you look closely are the scoops made from planks of wood poking out of the portholes of the Balaena to give us some fresh air in our cabins. 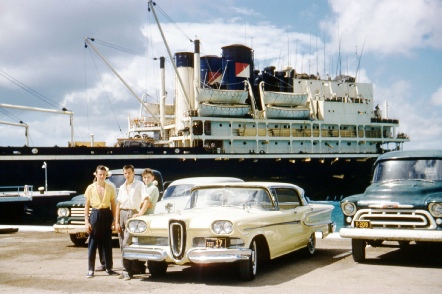 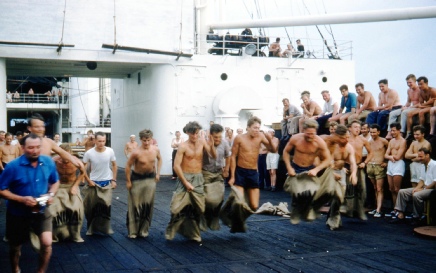 Having fun on the way down to Capetown via Curacao (where we picked up bunkers) before venturing into the Antarctic.

Notice the deck which had to be covered with planks of wood (which some of the lads are seated on) this was to prevent the blood from dismembered whales soaking into it.

On the way back at the end of the expedition, the planks all ripped up and chucked overboard

As I remember her, these are my first pic's when I joined her in Cowes Roads on the 8th November 1959.

Sorry, but they are rather blurred as I was just 16 and shaking a bit as it was a big adventure and my first time away from home. 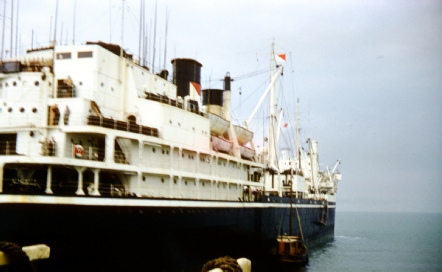 Couple of interesting pics of the flensing decks.

(Left) on the way down to the ice (note the screen that we would watch films on) and (Below left) which shows a normal day dismembering the whales.

(note the Sperm whale under the bridge between fore and aft decks .. these were filled with compressed air and used as fenders when catchers came alongside

.. Oh! sometimes they exploded and if you were unfortunate to be close you would be covered by the entrails .. not nice from personal experience)

Also note the holes in the deck called the pots, these led to the boilers below .. not a good idea to trip and fall down one! 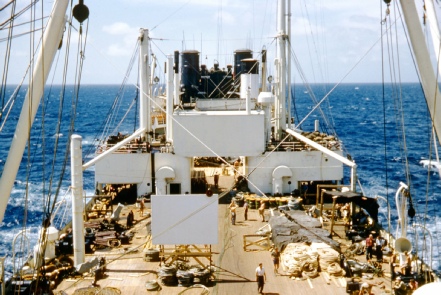 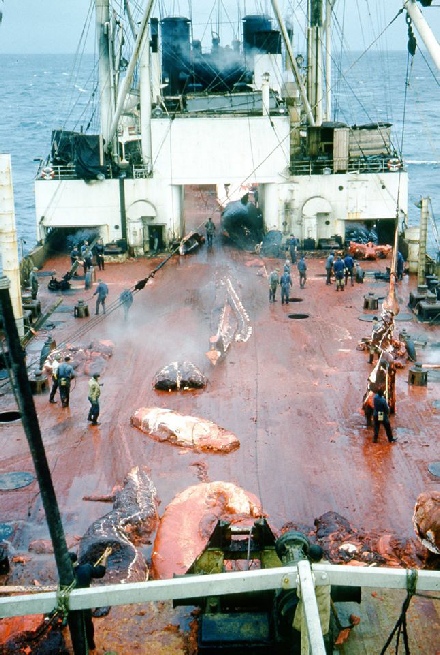 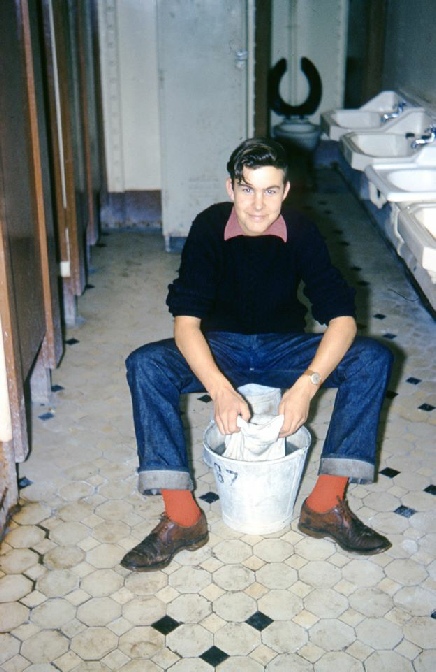 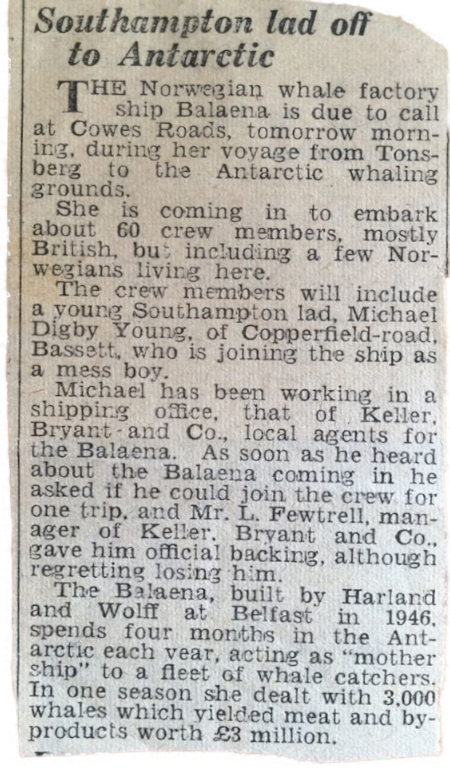 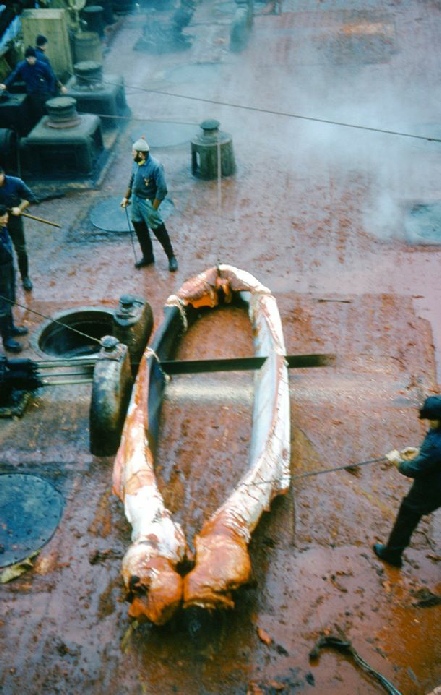 Once the whales were dismembered the blubber and bones were cut up this was dispatched through the 'pots' which were spread across the flensing decks and on into the boilers below.

This process created oil which was then offloaded into the tankers such as Hector Heron.

This is a pic of a jaw bone being sawn up. See the steaming 'pots' close by