Completed in March 1919 as Sapinero for US Shipping Board (USSB) and later sold to Lykes Bros SS Co Inc, New Orleans LA. 1940 registered in Panama as Vineland. 1942 sold to Mersey Paper Company and registered in Canada.

At 21.03 hours on 20 April 1942 the unescorted Vineland (Master Robert A. Williams) was hit aft by one G7e torpedo from U-154 while steaming at 11 knots north of Cap Haitien, Haiti. She was missed one minute later by a G7a torpedo that was a surface runner. No distress signals could be sent as the aerials had been brought down and the crew and gunners (the ship was armed with one 3in gun) immediately abandoned ship in the lifeboats. The stern broke off and sank after the ship was struck in the engine room by a coup de grâce at 21.20 hours, but the forward part remained afloat and sank at 21.39 hours after being hit by four of five rounds from the deck gun. One crew member was lost. The master and 33 survivors were questioned by the Germans, reached the Turks Island after four days and were towed in by a fishing boat.

We have details of 4 people who were on board. 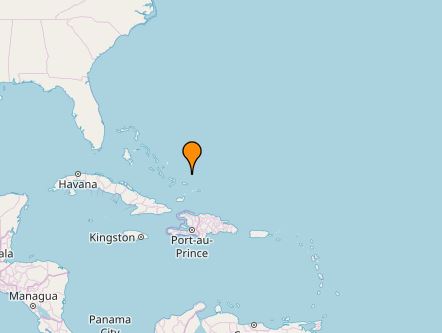