Her final voyage in 1942 was part of convoy SL-119, from Bombay to Hull, via Durban, Bathurst and Freetown. Clan MacWhirter arrived at Bathurst on 14 August, under the command of her Master, Roderick Sutherland Masters. She was carrying a cargo of 2,000 tons of manganese ore, 3,500 tons of linseed, 2,200 tons of pig iron and assorted general cargo.

By 27 August the Clan MacWhirter had fallen behind the main convoy and was travelling alone and unescorted.

At 01.00 hours on 27 Aug, 1942, the unescorted Clan MacWhirter (Master Roderick Sutherland Masters), a straggler from station #11 in convoy SL-119 due to engine troubles since 20 August, was hit on the port side by two torpedoes from U-156 about 190 miles north-northwest of Madeira. The first struck in the after end of #2 hold and the second between #4 and #5 bulkhead, blowing off the hatch covers and causing the ship to settle fast with a heavy list to port. She sank by the stern after about 10 minutes while the crew was still abandoning ship, but three of the six lifeboats could be launched. The master, nine crew members and two gunners (the ship was armed with one 4in and five machine guns) were lost. The U-boat surfaced, questioned the survivors and gave them the course and distance to the nearest land before leaving the area.

The lifeboats remained at the sinking position until daylight, picking up the men swimming in the water and clinging to wreckage or rafts. Then they set sail to Madeira together until being separated in a gale on 28 August. When the boats closed the island on 30 August, the second mate sent a radio message with an emergency transmitter. This was heard by the Portuguese authorities who sent the sloop Pedro Nunes (A 528) to search for them. All three boats were located during the next days and all 67 crew members and seven gunners landed at Funchal until 2 September. The survivors were taken to Lisbon after five weeks from where they were repatriated via Gibraltar. 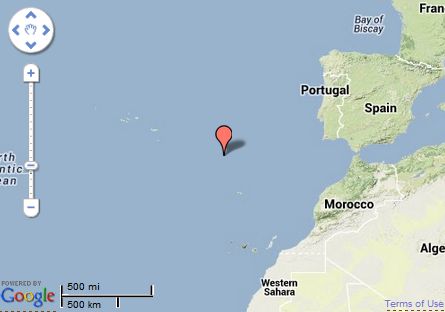 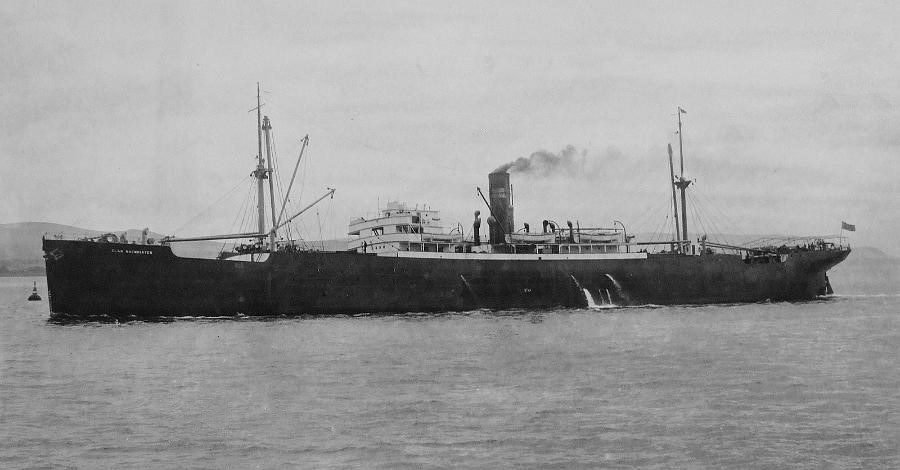 1942 torpedoed and sunk north of Madeira; loss of 10 lives

She was built by Lloyd Royal Belge (Great Britain) Ltd, Whiteinch, Glasgow and launched on 26 April 1918 as SS Ypresville.

She had a varied career, first being operated by James Gardiner & Co., and then by British & South American SN Co. ( R P Houston Ltd), Liverpool later in 1918. They renamed her Halizones, a name she retained until 1920, when she was operated by the Convoy Steamship Co. Ltd., who renamed her Willcasino.

She was returned to the British & South American SN Co. Ltd. in 1921 and was sold for the final time in 1924 to Clan Line Steamers Ltd, who renamed her Clan Macwhirter, in keeping with their house style and homeported her in Glasgow.

In common with many of Clan Line's ships, she was used to carry supplies around the far flung British Empire to aid in the allied war effort, during the Second World War.