Clan MacQuarrie SS was a British Cargo Steamer of 6,471 tons built in 1913 by Alexander Stephen & Sons, Glasgow, Yard No 456 for Cayzer, Irvine & Co., Glasgow as the CLAN MACQUARRIE.

In 1929 she was purchased by The Clan Line Steamers Ltd, Glasgow.

On the 13th June 1942 she was torpedoed, shelled and sunk by the Italian submarine LEONARDO DA VINCI in 05.30N/23.30W when on passage from Durban for New York in ballast. 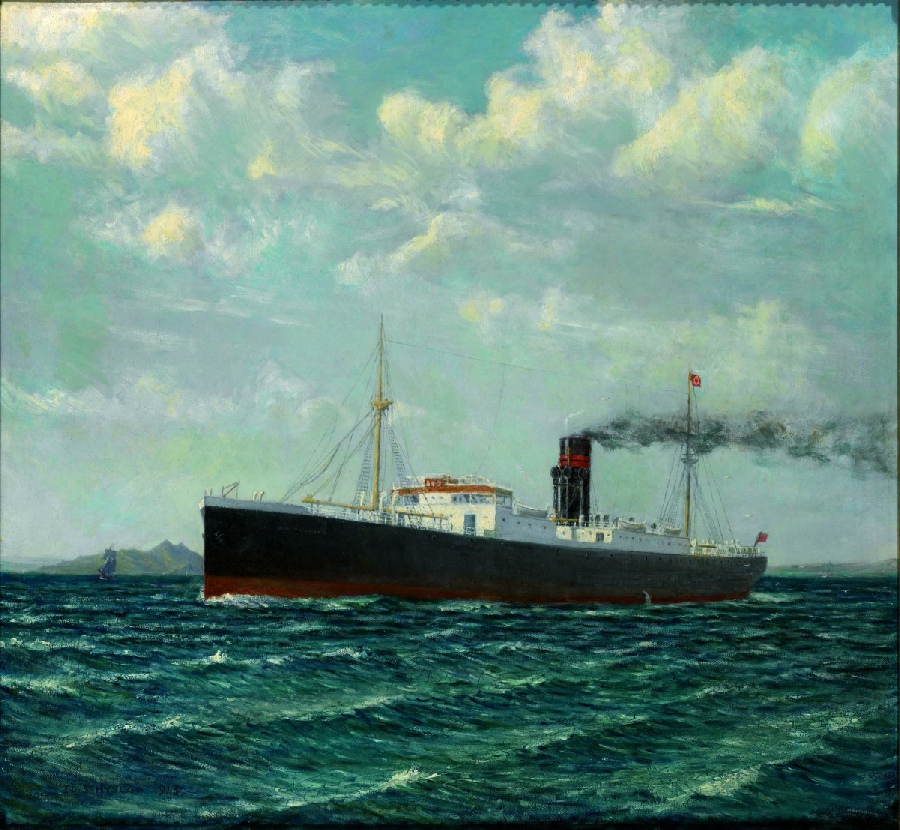 Completed in 1913, the Clan Macquarrrie was one of the last vessels built for the Clan Line during the life-time of Sir Charles Cayzer.

Surviving the First World War she went on to become part of the vital Atlantic convoys of the Second World War.

In 1941 she was credited with ramming and sinking a U-boat.

A year later she was sunk by an Italian submarine off Sierra Leone. 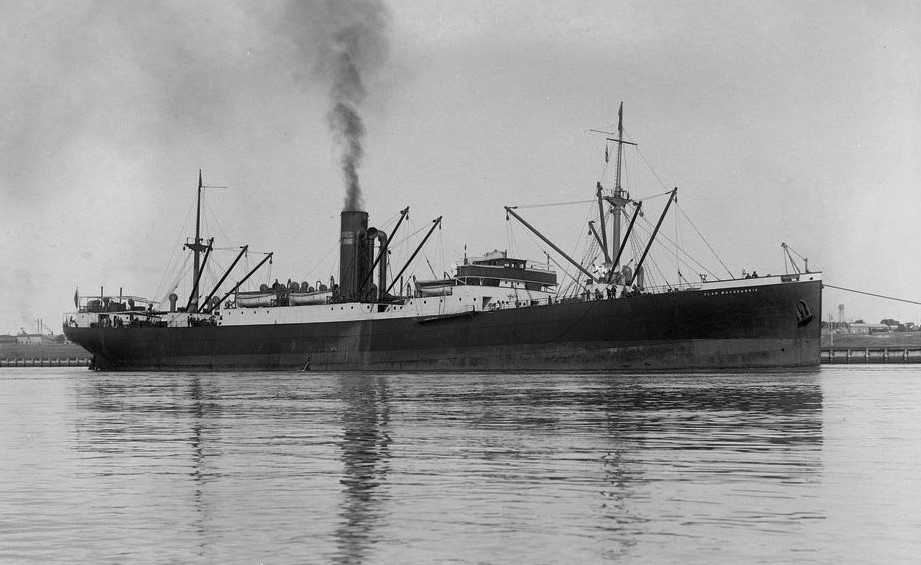 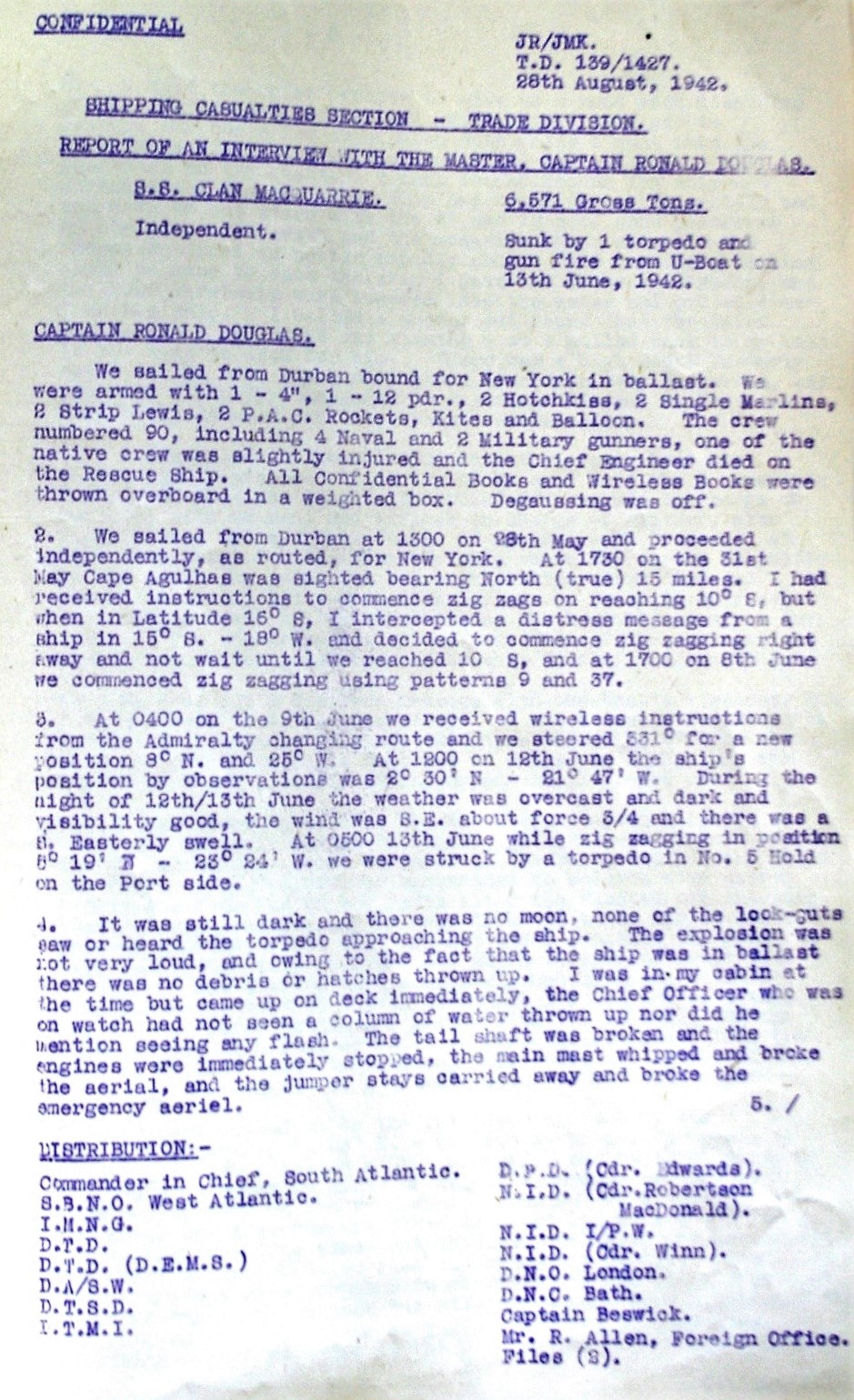 Torpedoed and Sunk off West Africa - 1942