IN the matter of a formal investigation held at the Jury Court, Glasgow, on the 24th and 25th days of September, 1903, before WILLIAM GEORGE SCOTT-MONCRIEFF, Esquire, Advocate, Sheriff Substitute of Lanarkshire, assisted by Captains WILLIAM ERSKINE and W. H. SINCLAIR LOUTIT, into the circumstances attending the stranding of the British s.s. "CLAN MACLEAN," of Glasgow, on or near Telheiro Point, Portugal, on 13th August, 1903.

The Court, having carefully inquired into the circumstances attending the above-mentioned shipping casualty, finds, for the reasons stated in the Annex hereto, that the stranding and loss of the vessel was caused by the wrongful act and default of the master in prematurely altering the course, at 1.30 a.m. upon 13th August, 1903, for a position ten miles South of Cape Trafalgar, before he had passed Cape St. Vincent.

The Court suspends the certificate of the master, Alexander Fisher No. 017141 for the period of six months from the date hereof.

On the motion of the agent for the master, the Court recommends that during the period of suspension the master be granted a first mate's certificate.

We concur in the above Report.

This inquiry was held in the Jury Court, County Buildings, Glasgow, on the 24th and 25th days of September, 1903, when Mr. Alexander McGrigor, writer, Glasgow, appeared for the Board of Trade, and Mr. Thomas Stout, writer, Glasgow, for the master and officers.

The s.s. "Clan Maclean official number 63807 was a British screw steamship, built of iron at Glasgow in 1871, by Messrs. Barclay, Curle & Co., of Glasgow, and was registered at Glasgow. She was barque rigged, and was of the following dimensions, viz.: Length 326.5 ft., breadth 36.1 ft., depth in hold from upper deck to ceiling at amidships 27.7 ft. Her gross tonnage was 2336.38 tons, and her registered tonnage 1486.47 tons. She was propelled by one triple compound direct-acting inverted cylinders engine, of 300 n.h.p., giving a speed of 10 1/2 knots per hour, and was fitted with two steel boilers, loaded to a pressure of 180 lbs., which were built by Messrs. Bow & McLachlan, of Paisley, in 1892. She carried the proper number of boats, and had the requisite number of life-belts and other life-saving appliances in accordance with the Statute. At the time of her loss she was owned by The Clan Line Steamers, Limited, of 109 Hope Street, Glasgow, Mr. Thomas Barr, of the same address, being the person to whom the management of the vessel was entrusted by and on behalf of the owners, under advice received the 25th day of March, 1899.

The "Clan Maclean" left Liverpool on the 7th of August last, bound for Bombay, with a general cargo of about 3,000 tons. She was sufficiently supplied with charts and sailing directions, and was well found in every respect. Her draught of water was 23 ft. 7 ins. aft and 22 ft. 9 ins. forward. She was under the command of Mr. Alexander Fisher, who held a certificate of competency as master No. 017141 and had a crew of 53 hands all told. Favourable weather was experienced during the passage across the Bay of Biscay, and at 3.10 p.m. on the 12th August last the vessel passed Cape Roca, at a distance of 2 miles, from which position a course was set S. 5  W., by compass, which, after allowing for an error of 19° W., gave a true course S.14° E. At 5.40 p.m. on the same day Cape Espichel lighthouse was abeam, distant, by a four point bearing, 7 miles. The weather was fine and clear, with smooth sea, the vessel's speed being 10 1/4 to 10 1/2 knots per hour. At midnight of the same date 12h August the weather was still fine and clear. The vessel was on the same course (S.14° E. true) and steaming at the rate of 10 1/2 knots. At about 12.20 a.m. of the 13th August, the second officer, Mr. J. A. C. Burns, who was in charge of the watch on deck, noticing that the weather was becoming hazy, went into the chart room and called the master, reporting this fact to him. The master replied, "keep a sharp look-out and report the light when it is seen." At 1.20 a.m., the second officer, finding the weather more hazy, again went down to the chart room and called the master, informing him of the state of the weather. The master, in reply, said, "lay off the course on the chart from St. Vincent to a position 10 miles South of Cape Trafalgar." The second officer carried out these instructions, and was then told by the master to steer S. 48° E., by compass, giving S. 68° E. true. In reply to this order of the master, the second officer, who judged that the vessel had not then run her distance to pass Cape St. Vincent, suggested to the master that it would be better to go on steering as they were until 2 o'clock. The master's reply was not given in evidence, and the second officer, returning to the bridge, did not alter the course as instructed by the master. He intended to continue steering the course he was on till he picked up St. Vincent light, or saw something. At about 1.30 a.m. the master came out of the chart room, called the second officer off the bridge, and, after inquiring whether he had altered the course, ordered him to do so at once, on which the second officer did alter the course to S. 48° E. (or S. 68° E. true). The weather at this time was described as thick driving fog and the sky obscured. No alteration was made in the speed or course, and about 1.50 a.m., or some 20 minutes after the vessel's course had been changed towards the direction of the land, the second officer saw something white ahead, through the mist, which proved to be broken water. The engine room telegraph was rung full speed astern, but before the vessel's way was stopped, she struck heavily on the rocks close under Telheiro Point, about 2 miles North of Cape St. Vincent, and though every effort was made to save the vessel she filled with water and became a total loss.

In reviewing the circumstances which conduced to this casualty, it is to be noted that had the master paid stricter attention to the distance his vessel had run between Cape Espichel and Cape St. Vincent it would not have occurred; the distance between the two points being 84 miles, whereas the vessel had only run 80 3/4 miles at 1.30 a.m., when the master insisted on changing the course, on the assumption that Cape St. Vincent had been passed. The second officer had drawn the attention of the master to the fact that the vessel had not run her distance by log, and on his own responsibility he delayed altering the course in towards the land for some ten minutes, until the master came on deck and insisted on the alteration being made according to his instructions.

Had a cast of the patent lead been taken, as common prudence dictated in the then condition of the weather, the master would have discovered his mistake in assuming that he had passed St. Vincent at 1.30 a.m., and in all probability would have avoided the casualty.

At the conclusion of the evidence Mr. McGrigor, for the Board of Trade, submitted the following questions, to which the Court gave the answers appended:

(1) What number of compasses had the vessel, were they in good order and sufficient for the safe navigation of the vessel, and when and by whom were they last adjusted?

The vessel had three compasses one on the upper bridge (Lord Kelvin's), by which she was navigated; one in the bridge wheel house; and one aft. They were in good order and sufficient for the safe navigation of the vessel. They were last adjusted in August, 1902, at Greenock, by Messrs. White, Thompson & Co.

(2) Did the master ascertain the deviation of his compasses by observation from time to time, were the errors correctly ascertained and the proper corrections in the courses applied?

The master did ascertain the deviation of his compasses by observation from time to time, and correctly applied the errors found to the courses shaped.

(3) Were proper measures taken to ascertain and verify the position of the vessel at or about 5.40 p.m. of the 12th August last? Was a safe and proper course thereafter steered, and was due and proper allowance made for tide and currents?

At 5.40 p.m. on the 12th August last, Espichel lighthouse was abeam, distant 7 miles by the four point bearing. Proper measures were then taken to ascertain the position of the vessel, and a safe and proper course was thereafter steered up to about 1.30 a.m. of the 13th August last. Allowance was made by the master for the set of the current, but, in the opinion of the Court no such allowance should have been made.

(4) Was a safe and proper alteration made in the course at or about 1.30 a.m. of the 13th August last, and was due and proper allowance made for tide and currents?

(5) Having regard to the state of the weather after midnight of the 12/13th August last, was the vessel navigated at too great a rate of speed?

Shortly after midnight of the 12/13th August last, the vessel appears to have run into passing banks of fog or mist, which increased in density and frequency as Cape St. Vincent and the adjacent land were approached. These circumstances, and the fact of Cape St. Vincent light not being visible, though it should have been made at or about midnight, should have warned the master to take the precaution of reducing the speed of his vessel, and the Court considers that in not doing so she was navigated at too great a rate of speed.

(6) Was the lead used before the casualty, and if not, should it have been used?

The lead was not used before the casualty, and it certainly should have been used.

(7) Was a good and proper look-out kept?

The usual look-out was kept, though one man only was posted on the forecastle, the master thus failing to comply with the particular and written instructions issued by his Directors, to the effect "that a lookout man is to be kept at the mast-head when in the vicinity of land, reefs, or shoals, or when lights are expected to be made." Allowance was made by the master for the set of the current, but, in the opinion of the Court, this allowance was an improper one.

(8) What was the cause of the stranding and loss of the vessel?

The cause of the stranding and loss of the vessel was the premature alteration of the course by the master at 1.30 a.m. on 13th August last, for a position ten miles South of Cape Trafalgar, before he had passed Cape St. Vincent.

(9) Was the vessel navigated with proper and seamanlike care?

The vessel was not navigated with proper and seamanlike care.

(10) Was the loss of the s.s. "Clan Maclean" caused by the wrongful act or default of the master, chief, second, and third officers, or of any of them?

The loss of the s.s. "Clan Maclean" was caused by the wrongful act and default of the master alone. The Court suspends his certificate No. 017141 for the period of six months from the date hereof.

On the motion of the agent for the master, the Court recommends that during the period of suspension the master be granted a first mate's certificate. 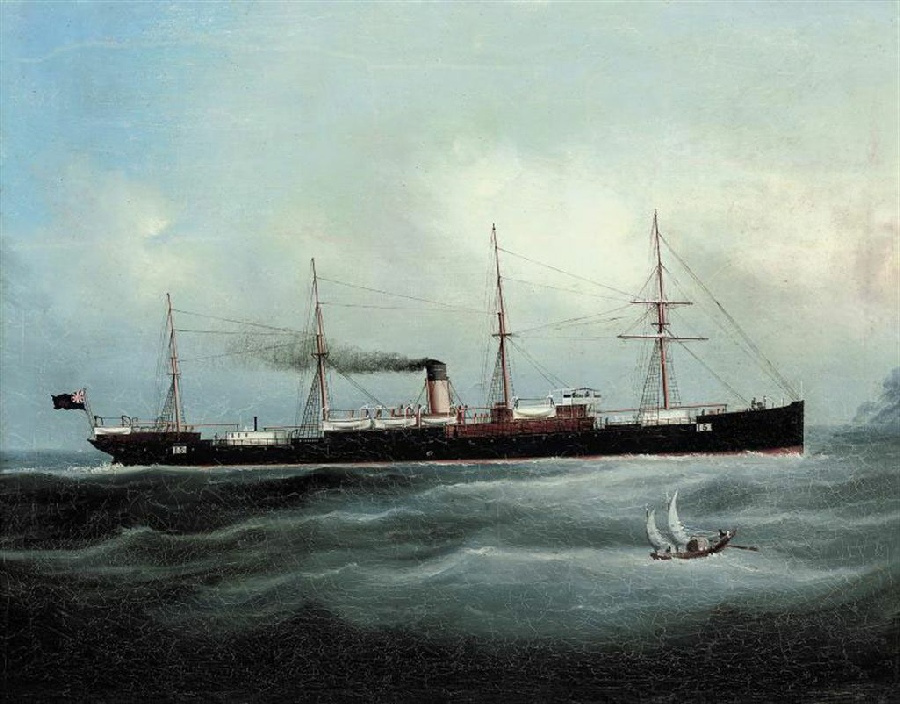 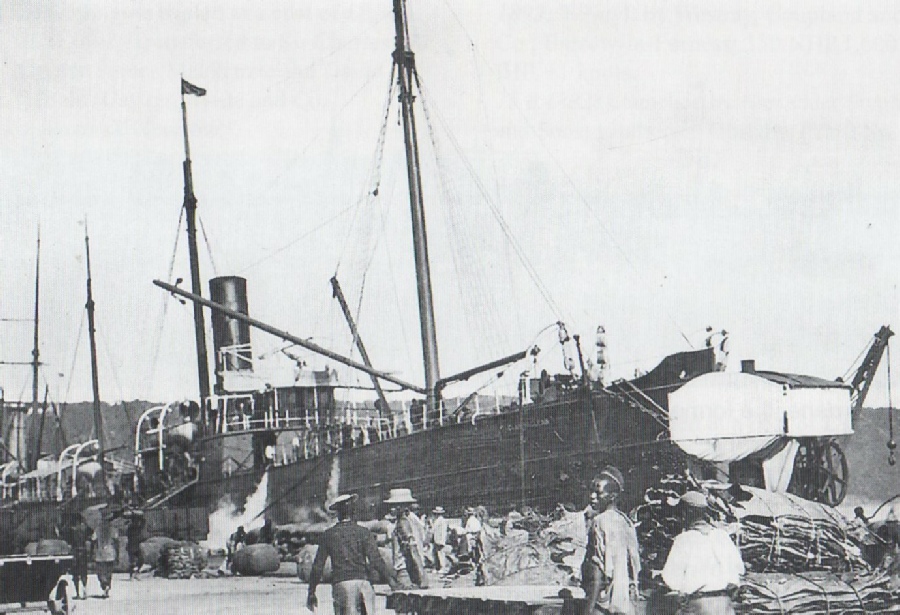