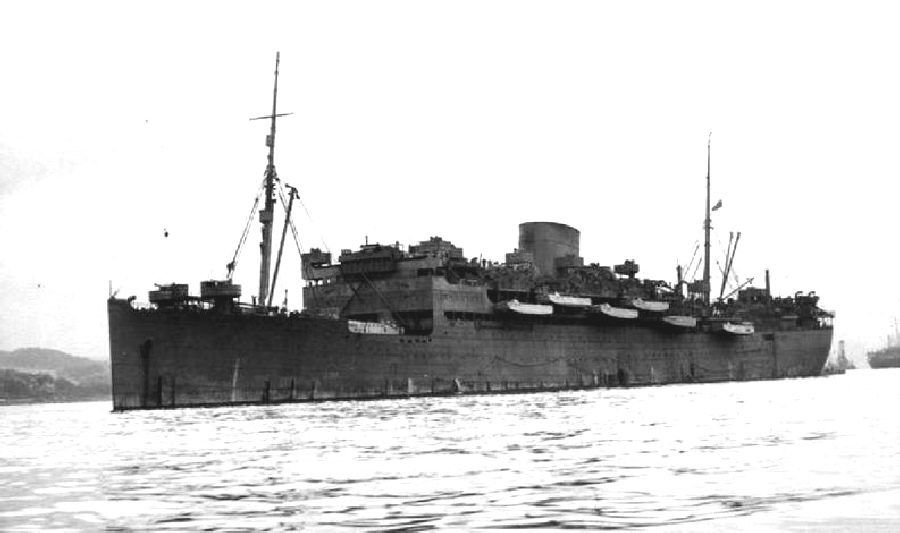 In 1941 she made one trooping voyage to Bombay and then became the HQ ship for Admiral Mountbatten’s Combined Operations spending a year in Scottish waters training men.

During this time she was always on 7 days standby for a possible invasion of Grand Canary Island.

On 23rd March she became the HQ ship in Operation Ironclad, the invasion of Vichy held Madagasgar. Accompanied by the troopships Keren, Karanja, Llandaff Castle and Sobieski she was escorted by the battleship HMS Ramilles and undertook a successful assault at Diego Suarez on May 4th and 5th.

During a trooping voyage from Madagascar to the USA on 27 July 1942, she picked up the crew of the US cargo ship Honolulan which had been torpedoed by U-582, 250 miles off Sierra Leone, five days earlier. Dr C Crawford probably helped to save the life of one crew member who had suffered a shark attack.

She was back in Loch Fyne by the September and on 6th November took part in the North African landings at Sidi Ferruch, Algiers.

On 9th September 1943, with the Durban Castle, she took part in Operation Avalanche when Lt-General Mc Creery’s 56th Division, British X Corps were landed between Paestum and Maiori, either side of Salerno and on 15th August 1944 participated in Operation Dragoon when her troops were landed near Cannes during the invasion of southern France.

During 1947-48 she was deployed on the UK-South Africa emigrant service with 877 berths.

Refurbished in 1948 she resumed her mail runs on 22nd September and continued until 1960 when she was replaced by the Windsor Castle.

The Battle of Madagascar was the British campaign to capture the Vichy French-controlled island Madagascar during World War II.

The seizure of the island by the British was to deny Madagascar's ports to the Imperial Japanese Navy and to prevent the loss or impairment of the Allied shipping routes to India, Australia and Southeast Asia.

It began with Operation Ironclad, the seizure of the port of Diego-Suarez (now Antsiranana) near the northern tip of the island, on 5 May 1942. 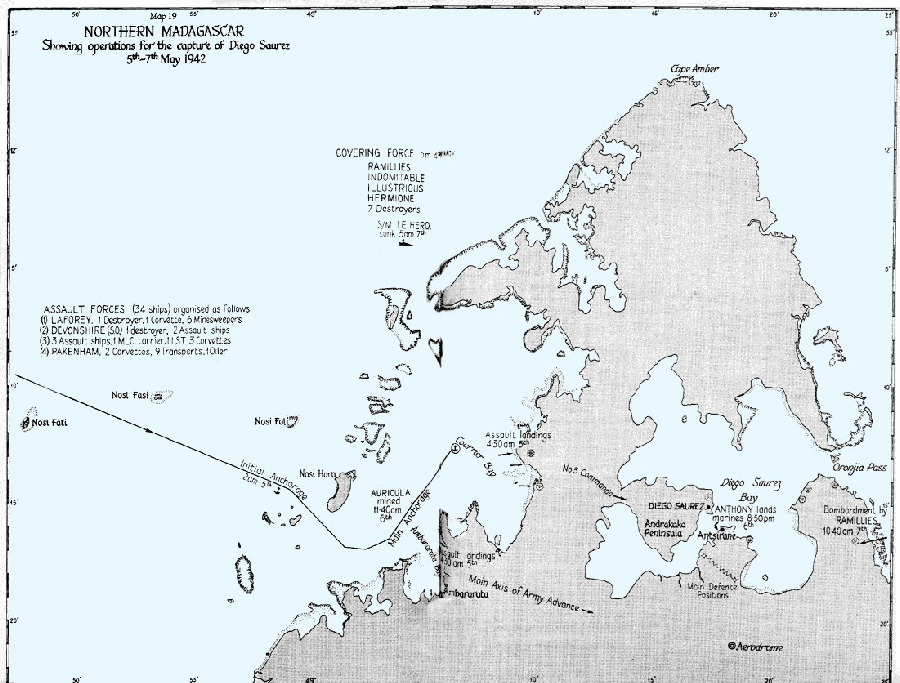 The invasion fleet at anchor in Courrier Bay

Operation Ironclad (The Battle of Madagascar) - 1942