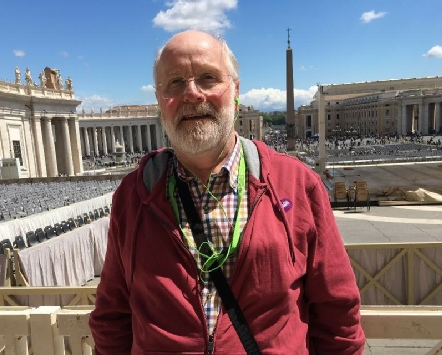 I have looked at the B & C website and think it is a fantastic resource. As well as seeing there many people I sailed with,

I particularly liked the pages on cruising on the 'Reina del Mar'.

Along with Captain Byrne, Alan Cruickshank and Chris Parkinson, I enjoyed the epic scrapping voyage from Southampton to Kaohsiung via Dakar, Capetown and Singapore at 10 knots in 1975. I think there were less than 20 on board.

From 1972 onwards, I kept a record of every noon position and that voyage in particular makes interesting reading.

I was also fortunate to sail on the maiden voyages of 'Causeway' and 'Table Bay'.

Voyage from UK to USA Coast and Return. Total 14 Voyages from Corner Brook and one from Liverpool  Nova  Scotia  to  US  Great  Lakes  or  US  East/Gulf  Coasts  with  one  trip  to  Spain returning to UK from Newfoundland to Ridham with logs.

UK to East Africa to UK

Standby in Southampton before sailing on scrapping voyage to Kaohsuing, Taiwan via Dakar, Capetown, and Singapore.  18 on board at a speed of 9 to 10 knots.

Persian Gulf to Curacao to Lisbon. Final voyage of vessel under CI Management.

Made 165 crossings of the Dover Strait.  Resigned to take up shore-based position.

Created by the merger of the main Glasgow Colleges. Made Vice Principal International and Commercial Business and retired in June 2012.

To the Breaker’s Yard on Reina Del Mar 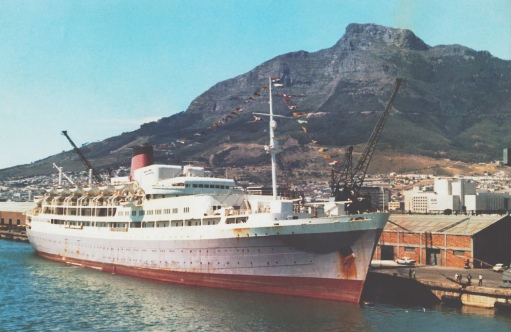 Thanks very much for publishing the picture of Reina Del Mar in Cape Town on the scrapping voyage. Brought back a few memories of long passages across oceans!

i have put together the attached file which records some details of the whole voyage. As you will imagine a lot more went on, particularly the discussions about bunkers but I decided not to include what 45 years on may be just hearsay and stick to the facts of my Noon position records.

For example there were some amusing anecdotes which I felt perhaps should not appear on the web page as those involved might think, incorrectly, that I was being a bit critical.

For example as 'tankeritus set in, one certain Engineer offered to entertain us after dinner each evening with his piano playing skills. All we had to do was cart an upright piano from some public room on the main deck up to the boat deck lounge the Officers were using as a bar. After 'humpfing' this piano up two or three flights of stairs, the piano playing proved to be of the 'don't call us we will call you' variety. At 0400hrs the following morning, I joined the two engineers on the 12 to 4 in the bar for our usual 'left out' breakfast, one of whom was the piano player. The piano had amazingly 'disappeared' since about 8 pm the previous evening.

Although the 'piano player' searched the ship, he never found it. It is therefore assumed we delivered the 'Reina Del Mar' to Taiwan less one piano, which lies somewhere at the bottom of the Atlantic!.

An aside story to this concerns the crew who knew nothing about the piano. The Deck Crew were employed on continuous fire patrols with Llewellyn clocks throughout the voyage and some of them were uncomfortable about this, claiming they were coming across the 'ghosts of passengers past' down on E deck!  One even claimed he had come across a crazy Engineer looking for a piano!

It certainly was a voyage and a half.

In late April 1975, I had recently finished the 1st Mates Course at Glasgow Nautical College and had been dispatched to Southampton to help look after ‘Reina Del Mar’, which was laid up in the Old Docks awaiting a decision on her future. I was joined by another 2/0, Chris Parkinson, and we were put up in a Guest House somewhere nearby. There was also a Chief Officer involved – initially Bob Dobie, then Harry Edwards and finally Alan Cruickshank.

In late May we got word that the ‘Reina’ had been sold to breakers in Taiwan.  Chris, Alan and myself were asked to form part of the crew for the finale voyage. My only concern was would I be home in time for my wedding planned for August 29th.  However, I was assured by the office that the Suez Canal, closed since 1966, would be open very soon and we would be in Taiwan and home again before I knew it!!!

Captain Byrne and the rest of the crew, giving a grand total of about 18, joined us and we were all told to take minimal personal gear as we would only be allowed one small carry-on bag for the return flight home. We departed Southampton during the evening of 28th May.

Our instructions were to proceed at the most economical speed and initially our speed was about 10.5 knots.  Noon position on 31st May indicates we had passed Cape Finisterre but until we were in a position due West of Gibraltar, we kept the option open of heading to Port Said should we receive word the Canal was open.  Reducing fuel consumption was the main issue and whilst we were bunkered for Port Said, if the canal did not open, we certainly did not have enough fuel to get to Cape Town.

Whilst I have no recollection of exactly when certain decisions were made, our Noon Position on 3rd June was 29˚56’N 13˚54’W, just north of Las Palmas. Our daily speed from Finisterre had been in the region of 10.7 Knots and there was still no news about Suez being open. Our Noon position on 4th June was 26˚52’N 15˚30’W, now south of Las Palmas with a clear indication that we had reduced speed to about 9.5 Knots, assumedly to save fuel, and this continued over the next few days.

At some point we were advised Bunkers had been stemmed at Dakar. With the benefit of hindsight and the knowledge that Suez did actually open on 5th June, it seems likely that a decision was made on that date that turning us around to head for Suez was less economical than continuing around the Cape.

We arrived off Dakar in the late evening of 7th June. From dropping the Solent Pilot we had covered 2376 miles at an average speed of 9.98 Knots. We did not stay long in Dakar and sailed immediately after bunkering and by Noon on 8th June we had already covered 36 miles towards Cape Town.

Our progress initially was in the region of just over 10 knots which reduced to 9 knots once we crossed the equator and headed into the SE Trades. Arrival off Cape Town was on the morning of 24th June and we berthed on arrival, having covered the 3665 miles from Dakar at an average speed of 9.60 knots. 27 days since leaving Southampton!

The article from the Cape Times describes her well and the picture does make her look a little “sad”, particularly with the 1˚ list to Port that she always seemed to have.  Certainly, the lilac hull was suffering from lack of attention.

We sailed on 25th June having bunkered and stored for Taiwan.  From the outset fuel consumption was again an issue and I recall time spent considering the best route across the Indian Ocean.  My record indicates that we departed the coast off Port Elizabeth and headed north of Reunion/Mauritius, north of Chagos and onto the Malacca Strait.  Initially our daily average speed dropped to 7.75 knots across the Aghulas current but thereafter rose and varied between 7.8 and 9.6 knots. I do not recall when the decision to proceed for more Bunkers was taken but we knew the requirement was that we arrive in Taiwan with minimal Fuel and Water. But it was TRS season and a safe margin of fuel was prudent. We arrived at the Singapore anchorage on the morning of 23rd July, 28 days after leaving Cape Town, having covered the 5713 miles at an average speed of 8.69 knots!

Once we had finished with the bunker barge, our departure was suddenly delayed. We could not obtain outward clearance - the Load Line Certificate had expired whilst on passage from Cape Town.  A Lloyds Surveyor was dispatched and he carried out a hurried but nevertheless thorough survey with us demonstrating that all Watertight doors and other relevant equipment was fully operational.  I recall sailing from the anchorage in the late evening of 23rd July. By Noon on the 24th July we were already 156 miles into the passage to Kao-Hsuing at a speed of about 10 knots.

In the event we had fair weather across the China Sea, which is just as well as by this time she had become very tender and under the slightest helm movement she had that very slow lazy hanging roll associated with a very small GM.  We arrived off the port mid-afternoon of 30th July having covered the 1612 miles from Singapore at an average speed of 10.58 knots.

At some point we were manoeuvred into a large basin which was circled by vessels waiting to be scrapped – like railway engines around a turntable. I recall we went head up between two vessels and to port of us was an old split accommodation BP Tanker, which we not too gently nudged away as we went ahead. In one area off the basin, ships were actually scrapped, being winched stern first up a ramp. When we arrived all that was left of British India’s “Nevasa” was her forecastle.

My old Discharge book indicates we were signed off on 2nd August although I am sure we were in a Hotel by this date and we stayed there for several days awaiting the arranged flights home. During this time a TRS passed through the city with high winds and heavy rain, so we had got there with the ‘Reina” in the nick of time.

The return home was a long haul via Taipei, Hong Kong, Bangkok (overnight), Tehran, Frankfurt and to Heathrow in the evening of 5th August. Three of us were bound for Glasgow and had missed the last domestic flight, ending up on the night sleeper from Euston, complete with ‘nightcap’ bar, arriving in Glasgow Central early morning 6th August.  I made my wedding with 3 weeks to spare and 45 years on we are enjoying our retirement. Mary also managed a bit of B & C sea time herself with voyages to South/East Africa and Mauritius on “Clan Graham”, “Winchester Castle” and “Table Bay”. 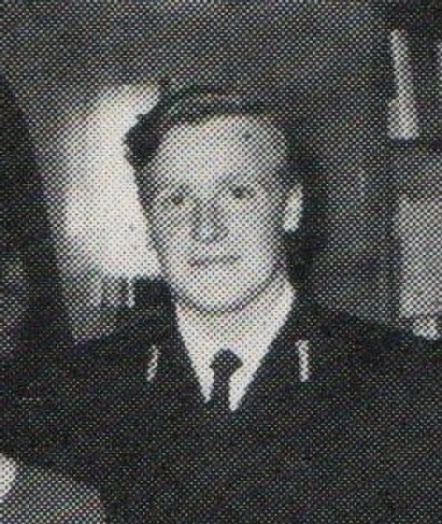