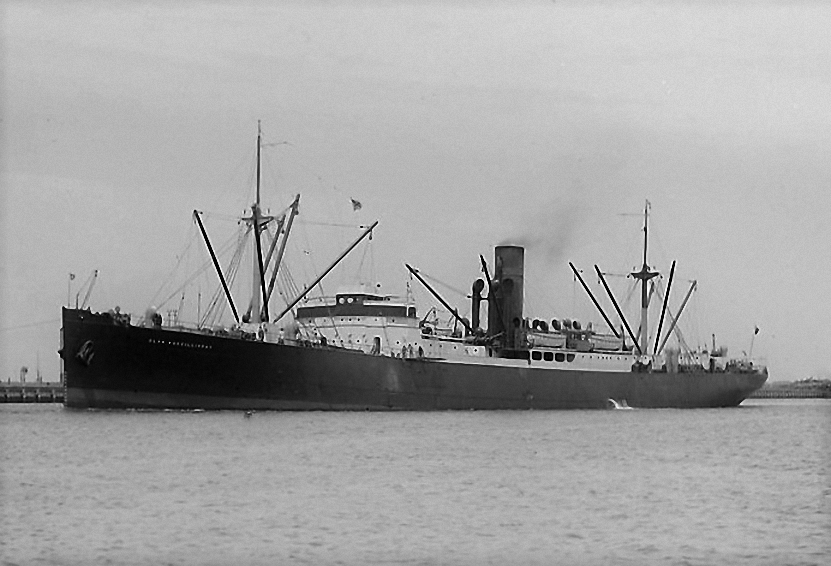 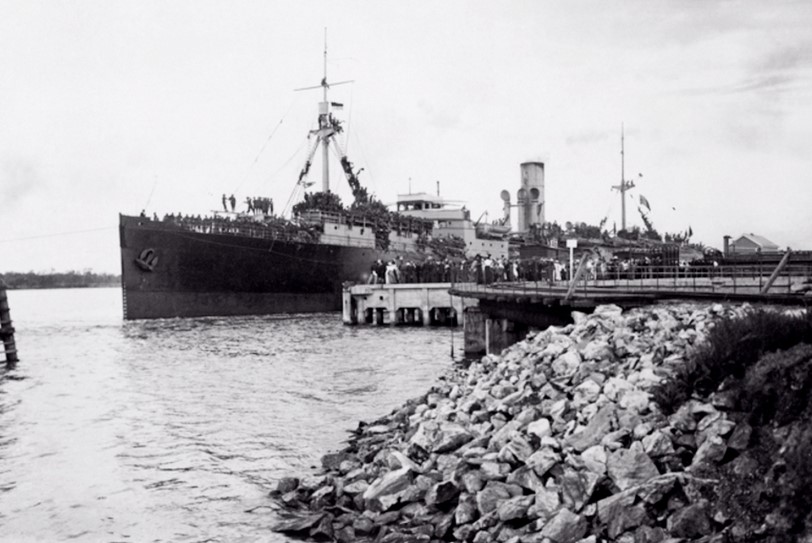 Clan MacGillivray troopship A46 at Pinkenba Wharf, c.1916: Family members are farewelling troops leaving Pinkenba on board A46 in about 1916. On the voyage a member of the 3rd reinforcements of the 41st battalion produced a magazine ‘MacGillivray Magster’. 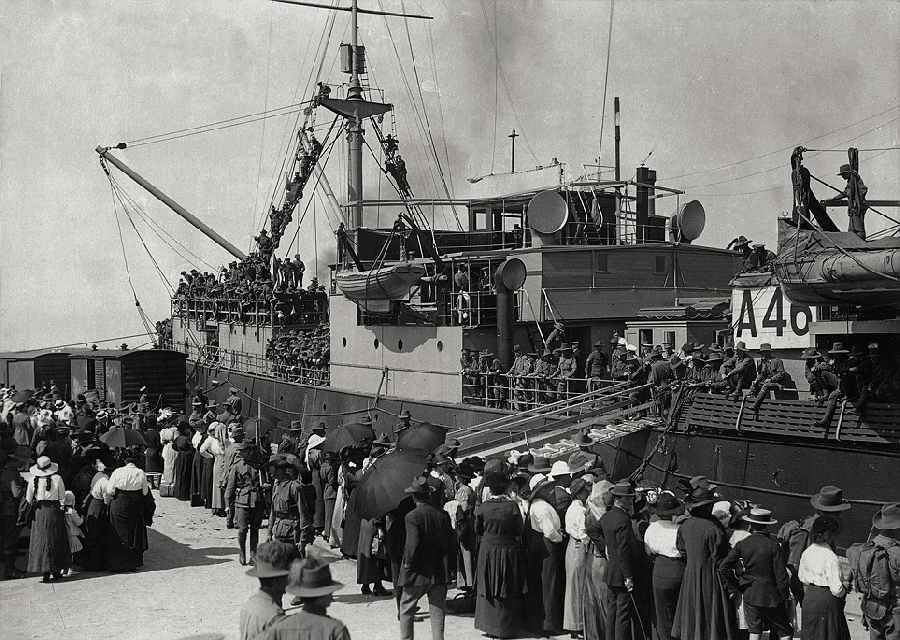