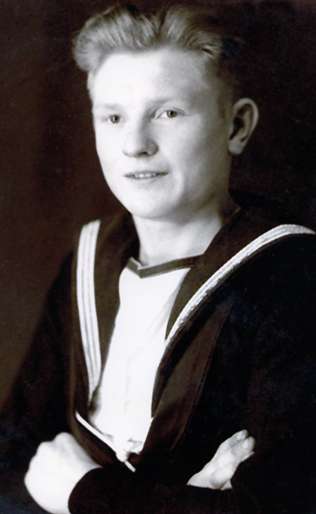 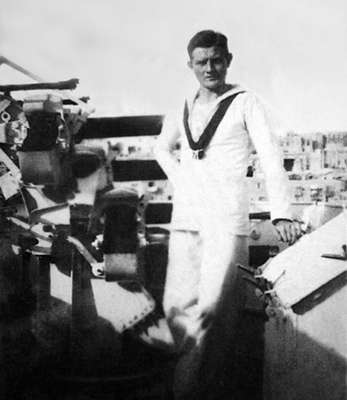 Albert was nearly 16 when he joined the Merchant Navy on 1 January 1935, as a deck-hand with the Union Castle Line.

His first ship was Balmoral Castle and he was paid £2/11/- per month. She was an old vessel, built in 1910 and scrapped in 1939.  She had a displacement of 13,361 tons, length of 570 feet, 17 knot service speed and could carry up to 531 passengers. When she came into service in 1910 she was the first ship of the Union Castle Line to be fitted with Marconi wireless telegraphy. Albert went on six voyages with Balmoral Castle on the Cape Mail run from Southampton to South Africa, each (including time before departure and after arrival) lasting just under two months. She stopped at Cape Town, Port Elizabeth, East London and Durban and on the way north at St Helena and Madeira.

By his final trip from December 1935 - January 1936 he had become an Ordinary Seaman, no longer a deck boy. He had a clean record and joined the crew of Stirling Castle on her maiden voyage.

The new mail contract agreed in 1936 specified a passage time of 14 days which required a service speed of 19 knots. At first only Stirling Castle and her sister ship Athlone Castle could keep to this timetable. She left Southampton on her maiden voyage on 7 February 1936. In August she reached Table Bay in 13 days 9 hours, beating the previous record of 14 days, 18 hours, and 57 minutes set by SS Scot in 1893. Albert was on the maiden voyage in February and the record-breaking trip in August. He made four trips to the Cape on Stirling Castle, and his record shows that his ability and general conduct were ‘Very Good’.

In April 1936 Albert decided to join the Royal Navy. His half-Russian parentage would normally be a bar to entry but an exception was made and in November 1936 aged 16 and a few months he joined HMS St Vincent, a shore establishment in Gosport, as a Boy Seaman 2nd Class. Albert did his initial training at HMS Ganges at Shotley in Suffolk, where generations of boys trained for service in the Royal Navy until its closure in 1976. In July 1938, Ordinary Seaman Albert Neil Howe signed on for three years and joined HMS Garland - part of the 1st Destroyer Flotilla of the Mediterranean Fleet.

HMS Garland was a G-Class destroyer built in the mid-1930s. She was part of the ‘Spanish Patrol’ during the Spanish Civil War, leaving Malta on 28 November 1938, visiting Palma, Gandia, Caldetas, Marseilles, and Cartagena, calling at each port more than once before returning to Malta on 1 January 1939.  On 17 September 1939, while on convoy escort duty, HMS Garland was badly damaged by the premature explosion of her own depth charges and required over six months of repairs. Albert recorded in his diary that they were 200 miles from Alexandria when a German u-boat was detected. The depth charges went off prematurely and there were two massive explosions, resulting in serious casualties. The explosions flooded all the officers’ and stewards’ cabins at the stern of the ship. Garland was taken in tow by HMS Griffin half an hour before dark.

The following day the casualties were transferred to HMS Galatea, which escorted Garland for three hours until HMS Afridi came in sight and replaced Galatea, which proceeded to Alexandria at full speed with the casualties. Albert recorded in his diary that HMS Garland developed a dangerous 25 degree list to starboard as she entered Alexandria. Afridi sent a signal to ‘stand by boats’ and a tug took Garland into dry dock with her starboard quarter under water. After temporary repairs had been made, Garland was towed to Malta for permanent repairs which took from 11 October 1939 to May the following year. HMS Garland was then loaned to the Polish Navy.

The crew of Garland including Albert Howe, by then an Able Seaman, were assigned to HMS Wolsey, whose 4.7 inch guns were being replaced by 4 inch high elevation guns to operate as an anti-aircraft destroyer, a WAIR conversion.  Garland’s ship’s company were re-commissioned on Wolsey at 09.00 on 1 January 1940.  Albert’s diary describes how they fell in on the jetty ‘and received watch-bill and liberty cards’ from the 1st Lieutenant George Blackler RN. Albert left Wolsey to go ashore until the refit was completed.

HMS Wolsey left Malta in mid-January 1940 as one of the vessels for the 25 ships of Convoy 17F from Gibraltar to Liverpool, arriving 7 February. Wolsey was then allocated for convoy escort in the Western Approaches. She was transferred to Dover Command for support of military operations following the German invasion of the Low Countries and France on 10 May. On 13 May Wolsey, with three other destroyers, escorted a convoy to Dunkirk to reinforce French anti-aircraft defences at the Channel ports. On 16 May, off the Zeeland coast, Wolsey and HMS Vimiera, provided gunfire support to military action taking place on-shore.

On the night of 15-16 May, while engaged in this action, Albert lost his life. He was 20. As 1st Lieutenant George Blackler wrote, in his touching letter to my mother - Albert’s sister and next of kin - ‘.. he must have been drowned by falling over the ship’s side sometime during the night when off Dunkerque ….. all eyes may have been concentrated on something else at the time.’

A telegram was sent to Albert’s sister at her employer’s address where she was live-in nurse to their children. It simply states:

Wolsey was taking part in the evacuation of the BEF from Dunkirk and the telegram was not sent until 12 June, almost four weeks after Albert was lost. It arrived on the the eve of my mother’s  wedding and was intercepted by her employer who decided not to hand it over until after she was married. My mother, who was very close to Albert, and kept a photograph of him on display until she died 65 years later, was always very grateful for that kindness.

Albert Neil Howe AB is commemorated on the Royal Naval Memorial to the Missing at Chatham.