I sailed with Union-Castle from the 27th May 1949 until the 24th December 1959. My last ship was the Capetown Castle as 2nd Officer.

The ship that feature mostly in my discharge book was the Arundel Castle. I was sent ther first when still a cadet in October 1951. The Captain was DD Mackenzie- who was really upset to have an officer wthout a licence.

When they sent me back as Extra 4th he was even more upset and exclaimed that next voyage I would be Fourth.

That did not happen. I went to the Athlone and then the Edinburgh.

By that time I had my sea time in and went to get qualified. 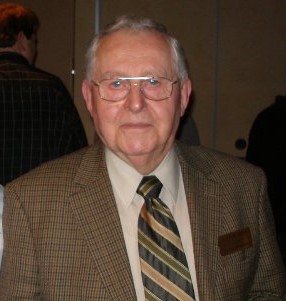 I joined Union-Castle as a Cadet at the same time as Tony Thurgood on the "Roxburgh Castle" in Tilbury. We sailed with cars and buses for South Africa. This was the deadline to sail with completed vehicles to the Union. After this date a vehicle had to be built in South Africa. The Captain was J.D.B Fisher, Mate Harold Charnley. 2nd mate John Cutcliffe and the third went by the handle of “Bullshit” Kenshole. I cannot remember his christian name.

Charnley was known as “100% Charnley”. He never made a mistake!.Our second trip on the same vessel Charnley was very excited - since his mother in law had moven in with them. At my tender age I did not think that this was a good idea and told him so !

Charnley was upset with me and explained that he and Ivey would now have great freedon since they had a built in baby sitter. They had a young daughter of around four.

Charnley had nightmares. He would awaken and rush out on deck shouting "wait for me" He dreamt that the crew had left him and taken off in the lifeboats. His Doctor said that he should get a shore job. All the jobs that he wanted were in Africa. Ivey however was very happy in Southampton with her mother and refused to leave the country.

Harry being the gentleman informed Ivey that he would not be returning home after the next trip, but would allot Ivey an allowance to pay bills and mortgage. Mother in law got Ivey a Lawyer. So when Harold got off the ship he went to his Bank and found that he was worth 3 Pounds. Ivey had stripped his account and he had to find accomodation at the Salvation Army.

His Lady friend, when appraised of his circumstances, phoned her husband and asked him to send money or a ticket back, which he did . Harold haunted the house and the police drove him off. The result was that the alimony was high and ULS kept him on shore staff until he could resume duties on a ship and no longer had suicidal tendencies.

The next Lady that he lived with had a home in the New Forest and had him take driving lessons and gave him the use of her Vauxhall car. Whether they married or not I do not know.

We sailed together on Arundel Castle. Later he was First and I was Third. Tony Dyer the Assistant Purser had a record player in his room and Charnley and I would go and listen to classical music on LP's that Tony and I owned - prior to the evening meal . Tony would provide a cider to each enthusiast in the room.