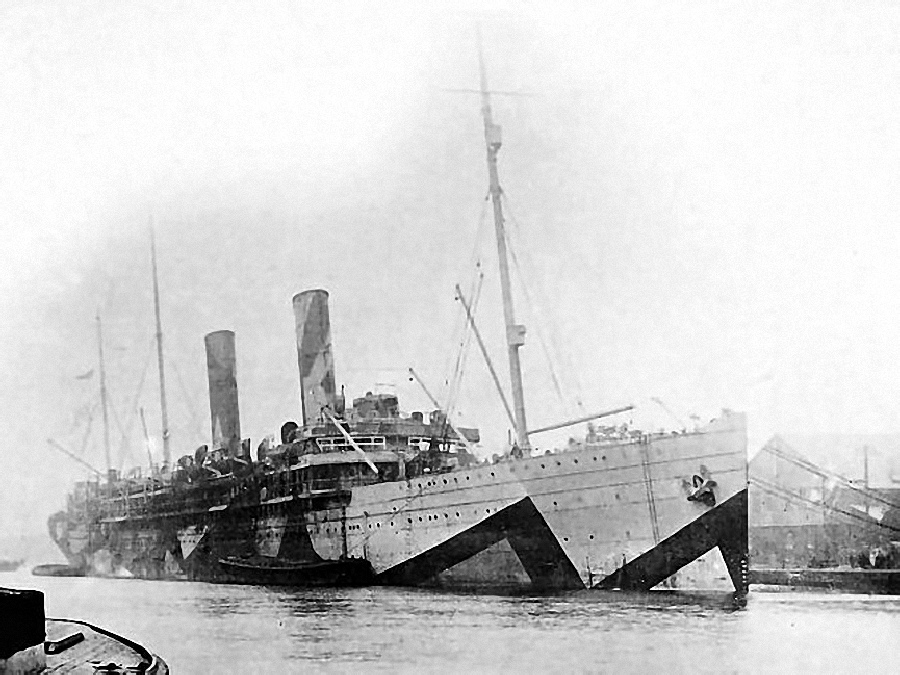 In the October of 1914 she carried arms and ammunition to South Africa for the Union's Army fight against Secessionists in the Rand which had started in the Rand in 1913 and now threatened Johannesburg.

On the 6th of October 1915 she was commissioned as a Hospital ship with 603 beds and was decommissioned six months later. She was converted for use as an Armed Merchant Cruiser in the July and was commissioned into the Royal Navy on the 21st of August and joined the 10th Cruiser Squadron based at Glasgow.

Served as a troopship in the Boer war

Served as an Armed Merchant Cruiser in WW1

She took Viscount Milner to Murmansk on the 17th of January 1917 who headed the British Military Mission which attempted to stop Russia signing a non-aggression pact with Germany. The Brest - Litovsk Treaty was signed on the 2nd of March the same day that the mission arrived back at Scapa Flow.

In April she returned once more to convey work in the North Atlantic and in December of 1918 paid off and commenced repatriation duties.

In 1919 the Allies became involved in the Russian Revolution on the side of the White Russians and Kildonan Castle was the last ship to sail from Russia carrying troops after the Communists were victorious.