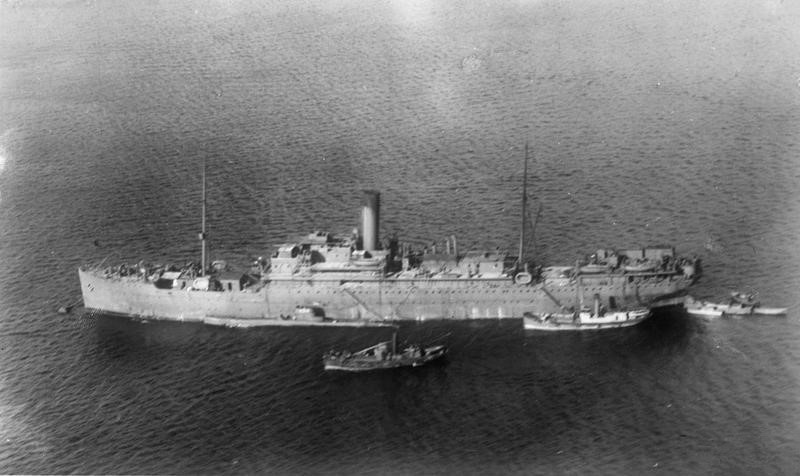 Dunluce Castle had seen service in the navy before.

In 1914 she served as a troopship and took part in the famous six-ship Union-Castle convoy, which brought 4000 troops to Europe.

In 1915 she was commissioned as a Hospital Ship and saw service in Gallipoli,

In1939 she was sold for breaking up but acquired by the Admiralty for use as an accommodation ship for small vessels.

She first served in the River Humber and then at Scapa Flow.

This was the main mail-sorting depot for the fleet and also a submarine depot ship.

Occasionally submarines would tie up alongside. (One can be seen alongside in the picture above)

The sub's crew would use the mess set aside for them, to give them a break from the cramped conditions of their own "ship". 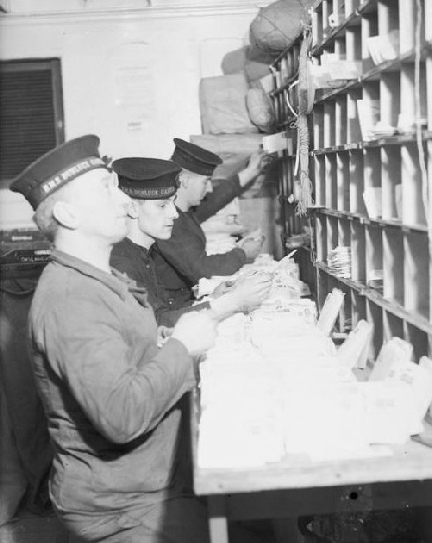 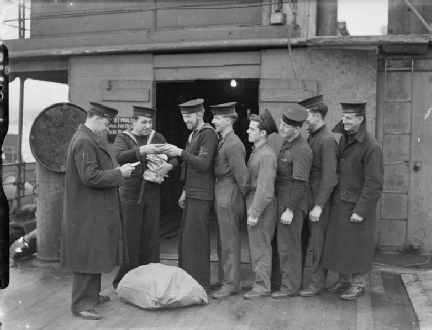 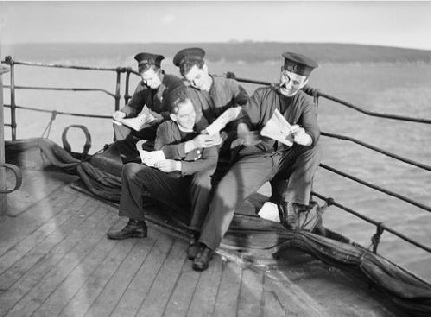 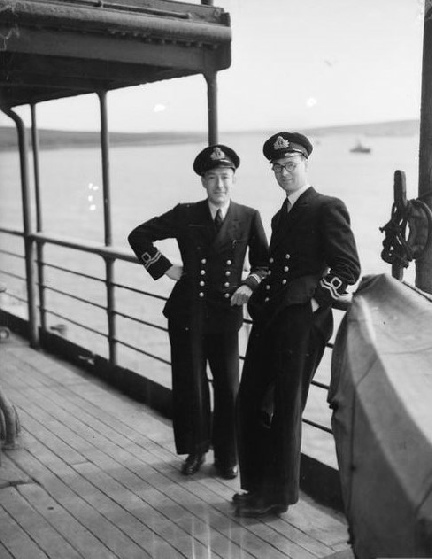 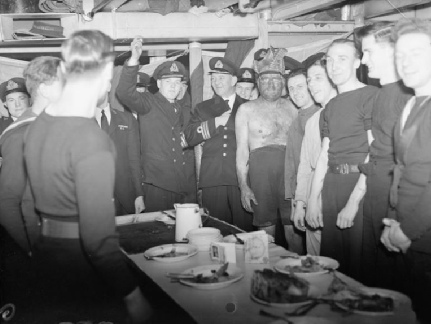 Mail Sorting Depot for The Fleet