Please find attached the materials that my mother has found in relation to my fathers service with the Clan Line in the late fifties early sixties, including his service on the Capetown Castle following the explosion and damage.

One comment she has made is that my father told her that as the Capetown Castle came in to Portsmouth (?) harbour either the damaged engine, or perhaps the one remaining engine which had seen them home, failed, and she was shepherded into her berth by the local tugs, as opposed to a deep sea tug which had been following them presumably for the salvage opportunity?

We'd be interested in any comments/observations and especially if anyone else was on that return trip or remembers my father, Geoffrey Aldridge.

Thank you for your interest and for providing this excellent website, it is a marvellous resource for all those with this shared interest 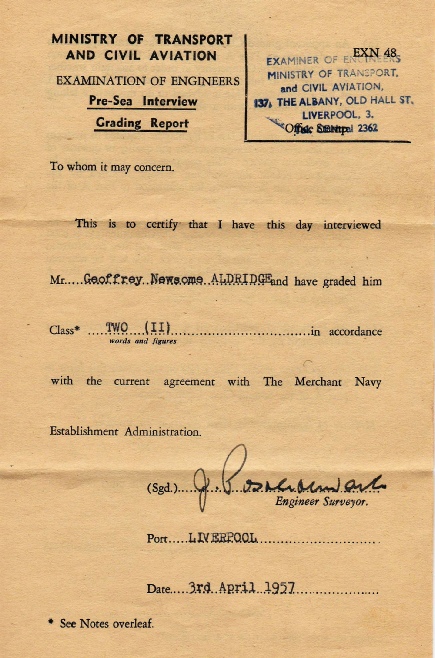 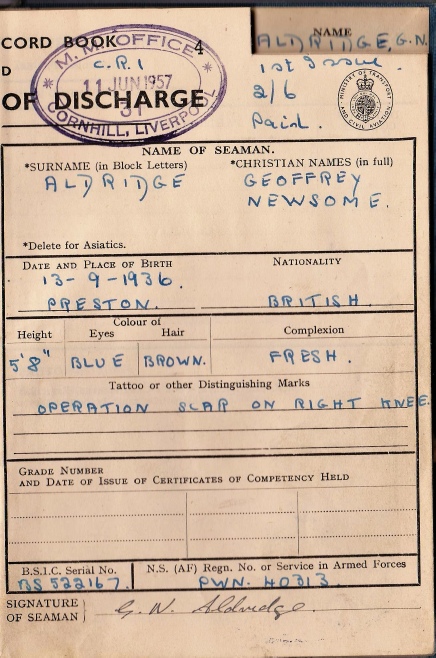 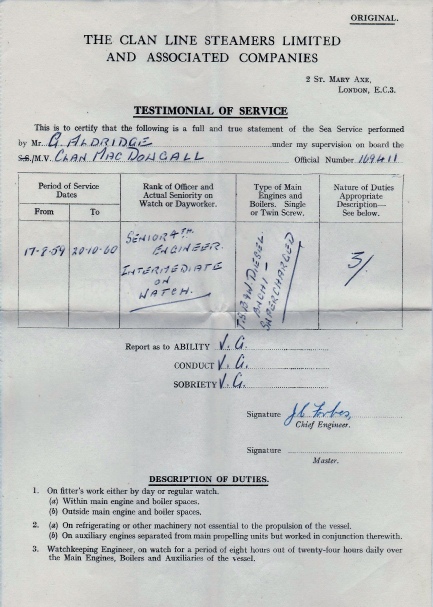 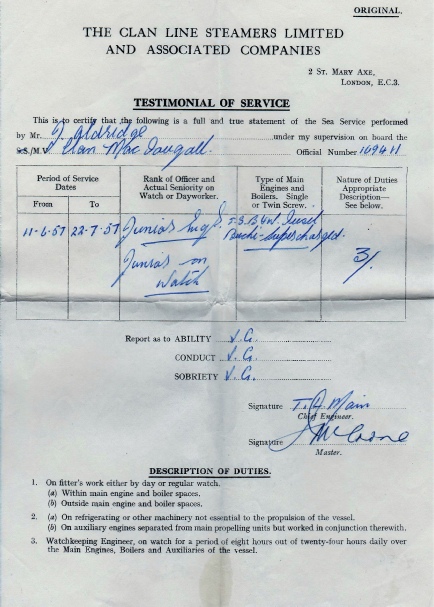 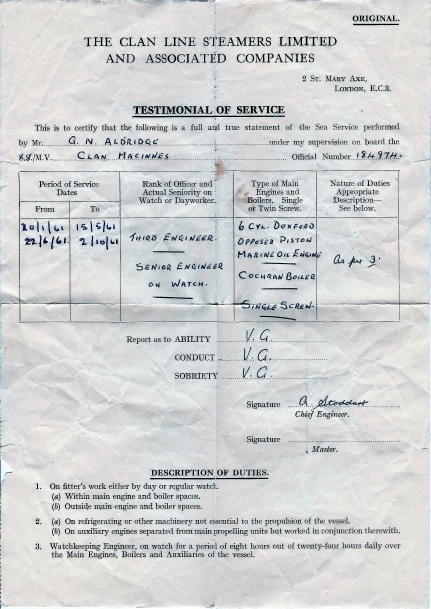 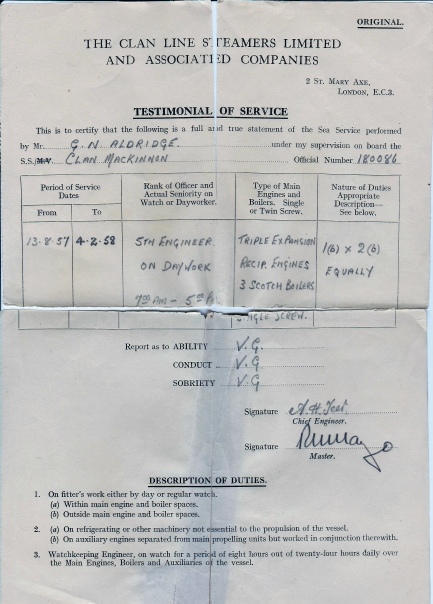 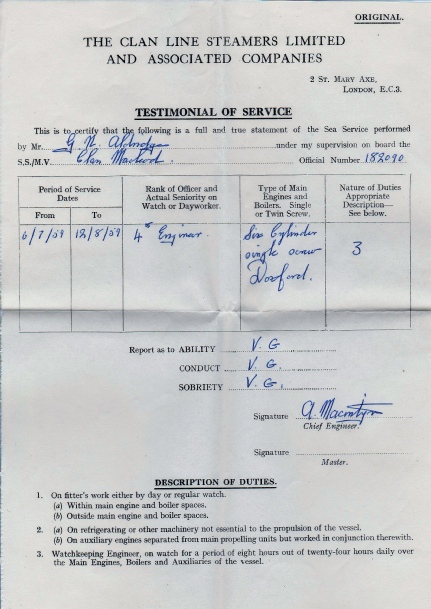 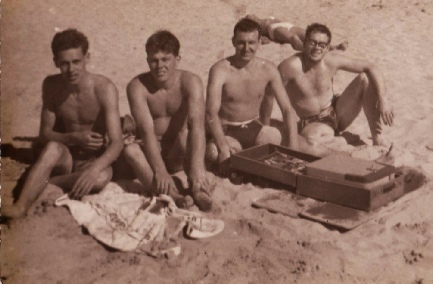 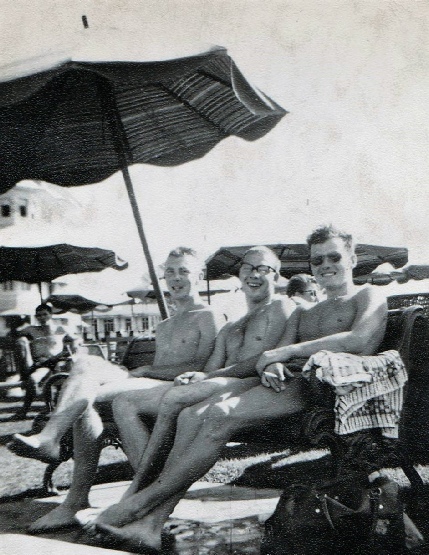 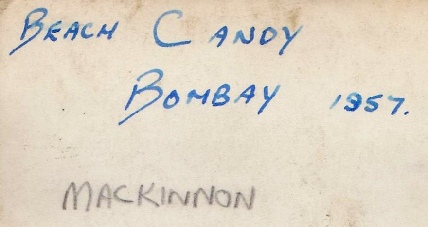 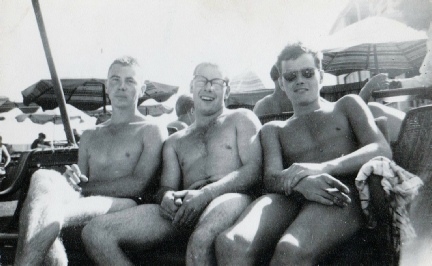 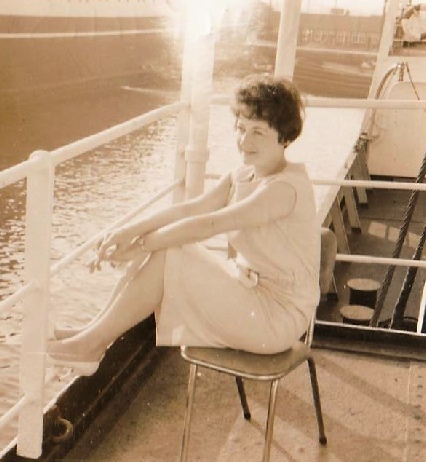 Geoffrey Newsome Aldridge was born in Preston, Lancashire in September 1936. He attended Trinity School and at the age of 16 joined English Electric as an apprentice diesel engineer, building diesel electric locomotives.

In June 1957, aged 21 years, instead of joining the military to do his National Service he elected to join the Merchant Navy, stating he preferred seeing a bit of the world to ‘square bashing’.

During his 4½ years in the Merchant Navy he served as an Engineer on a number of ships including amongst others the MV Stirlingshire on which he did three trips and the RMMV Capetown Castle which he joined as part of the replacement emergency engineering team which recovered the ship from Las Palmas to Southampton following the fatal engine room explosion and fire which killed seven of her original crew.

Married to Margaret Lillian Thomas in 1959, in Feb 1962 he left the Merchant Navy and returned to Preston, an obviously joyous return as in December the same year he became father to his only son, Mark. Throughout 1966/67 he was hospitalised for 13 months due to contracting bovine tuberculosis in his hip and spine, accredited to drinking contaminated untreated milk during his Merchant Navy service. On recovering from pelvic and spinal surgery Geoff returned to engineering, working for James Watkinson Ltd and finally British Leyland.

A former town and county swimmer, on the 23rd July 1969, 14 months after surgery, he rescued and saved the lives of two persons trapped in a rip tide off Fistral Beach, Cornwall, for which he later received a Royal Humane Society award.

Working initially in engine building for BL’s larger trucks, Atlantean and Olympian double decker buses and eventually Chieftain tanks, he later moved on to what was, in those days, the new ‘computer controlled’ Engine Test shed. Never really convinced that computers were the way forward he always maintained that he could set an engine up better by look and sound and feel than by watching a screen. 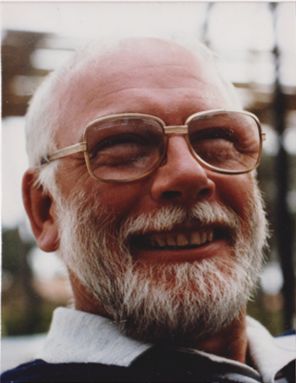 Around 1972 he transferred out of Engine Test back to ‘big stuff’ and began work in the ‘Powerhouse’. This appointment saw him running and maintaining the boiler room heating systems, heat delivery and extraction systems, and electricity generating sets for the entire massive British Leyland Spurrier works at Centurion Way, Farrington, Leyland. The main heating boilers were about three to four floors high and the generators were big enough to run the whole production line if the factory dropped off the grid.

Geoff remained in this role at British Leyland until 1981 when with the decline of heavy vehicle building at British Leyland he took voluntary redundancy and bought a news agency shop opposite the Fulwood Military Barracks in Preston which he ran with Lillian for the following 21 years. During this time he became a grandad to Thomas and Elizabeth Aldridge and ascended to the dizzy heights of the Captaincy and eventually the Vice Presidency of his second home, Preston Golf Club.

In 2002 Geoff retired but was cruelly taken from us only eighteen months into a well-earned retirement in June 2004. Eventually succumbing to stomach and bowel cancer Geoff stated he had had ‘a good life, family’s done well’. A quiet, gentle, man, with no concept of his own popularity or of the esteem in which he had come to be held, his funeral was attended by over 200 people and was a standing room only tribute to a truly popular bloke.

Following on from Geoff’s father who was a Royal Navy engineer during WW2, in what has come to be a family tradition, Geoff’s son Mark was an electrical and electronics engineer, now Police Officer, and his grandson Thomas was a jet propulsion and airframes engineer for 12 years in the RAF, now employed by British Aerospace. 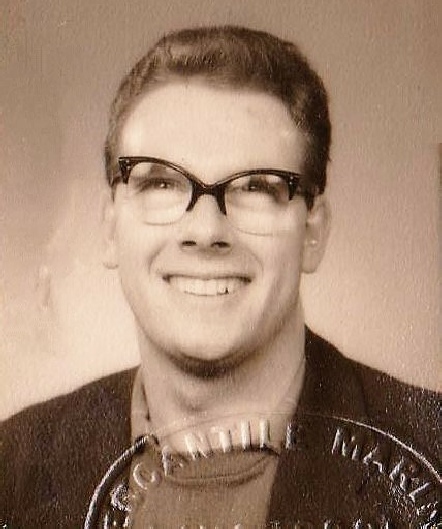