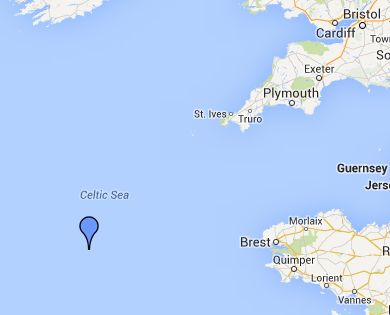 Seen here slowly sinking after a torpedo attack by UC-17.

The vessel scuttled with explosives, once the crew had rowed clear.

The Clan Davidson sank with a valuable cargo of metal ingots - 500 tons of copper and 100 tons of lead.

When the wreck was located in 1976 by the salvage firm Risdon Beazley she was completely shrouded in fishing nets, these were first removed before 350 tons of ingots were lifted by grab.

This still leaves a small fortune to be salvaged..... 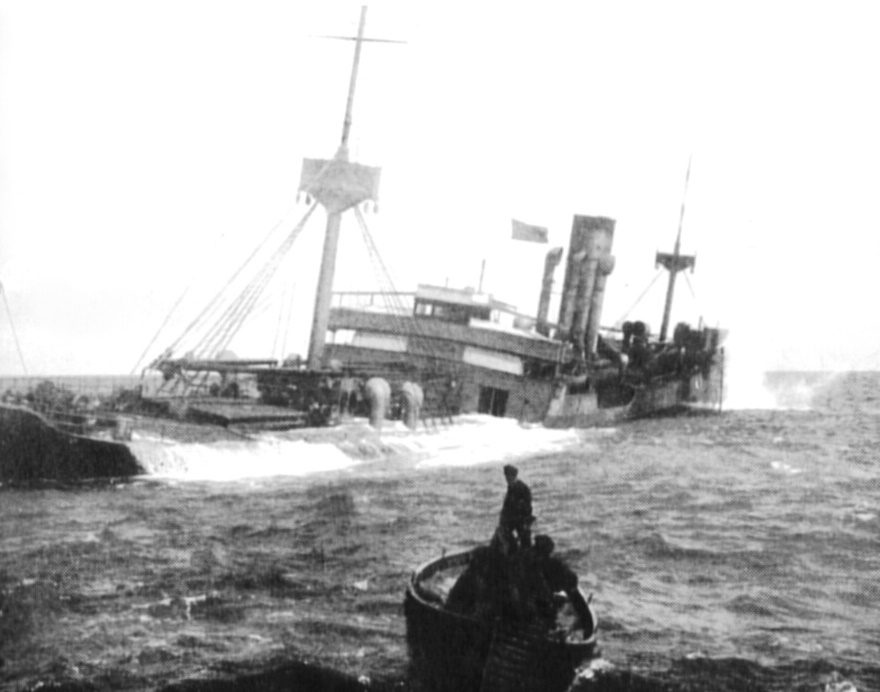