John was born in Sheerness on 27 Feb 1912, son of Guy Coleman and Edith Coster

These records are taken from his discharge book and cover his service in the Merchant Navy from 1936 until 1951.

It is certain that at least one other book prior to 1936 would have existed and highly likely that another for service after 1951.

I would think that his time after 1951 would have been away from Union-Castle as there is no record of him attaining command with the company.

He was Mentioned in Despatches (MID) January 1945

John joined the RFA and attained the rank of Master.

John was married and had children

He died in April 2000 in Portsmouth 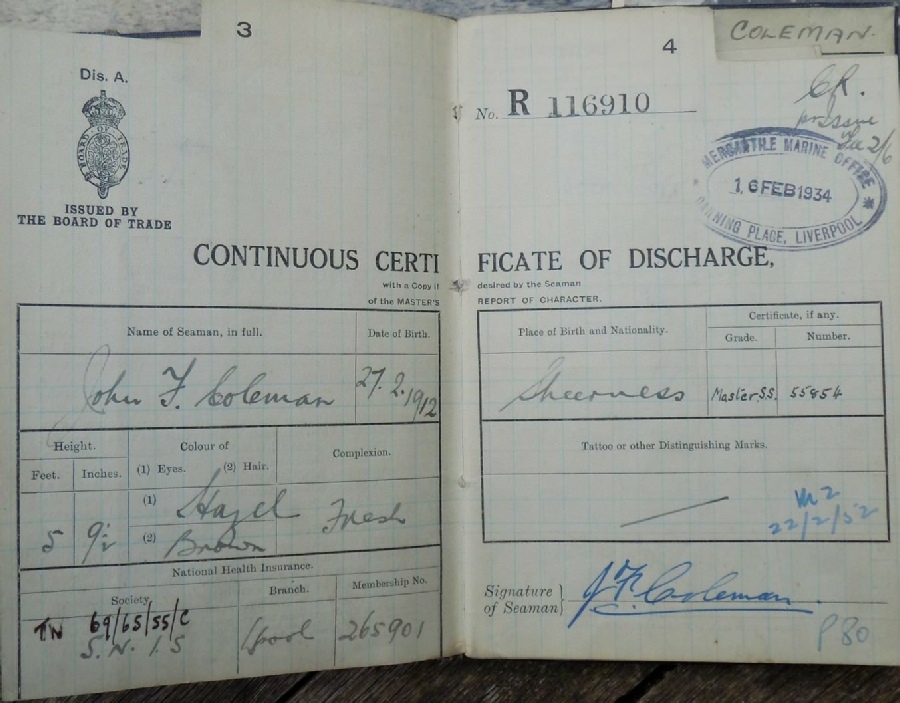 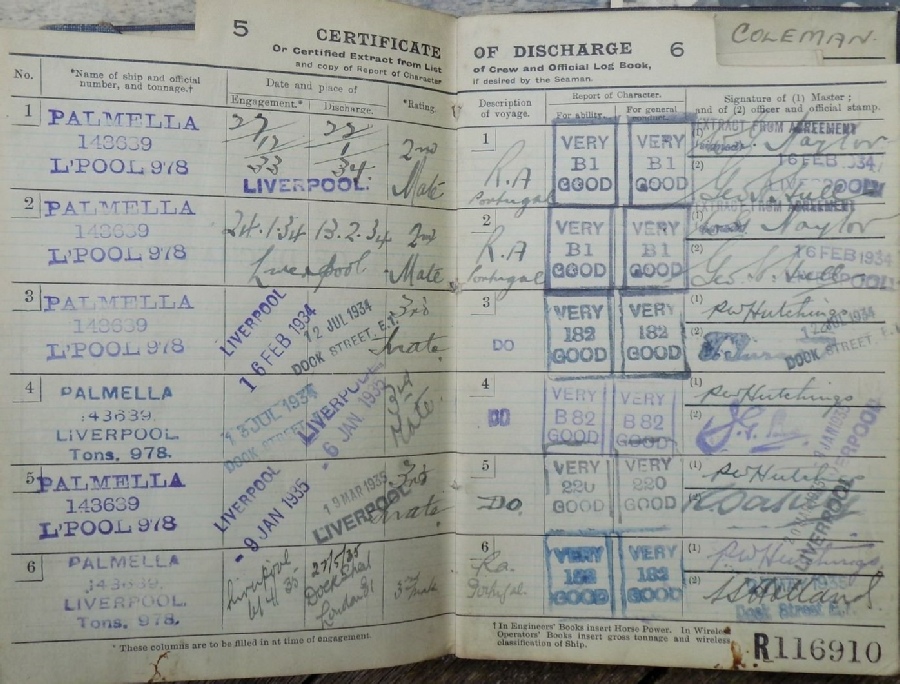 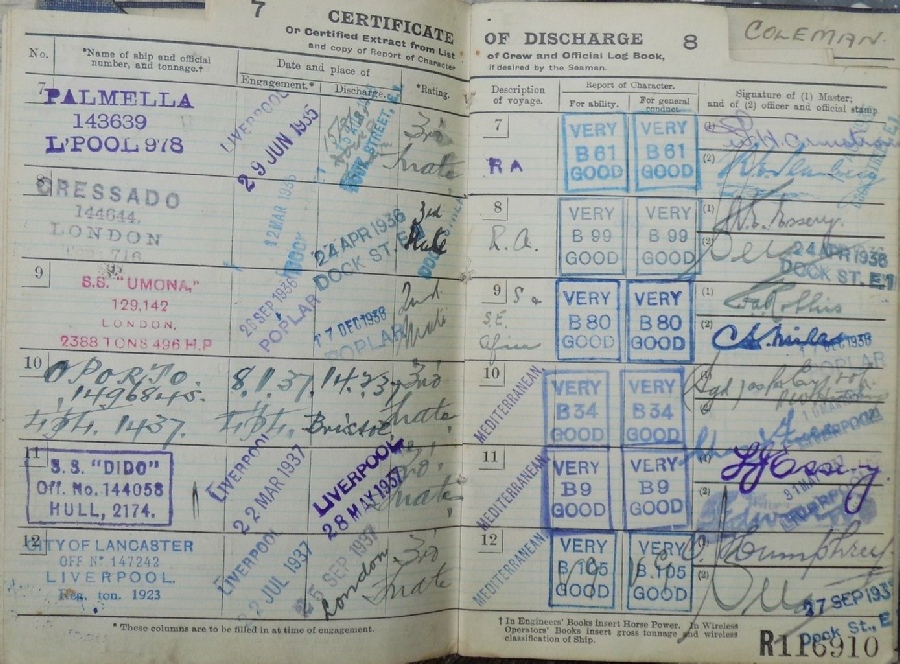 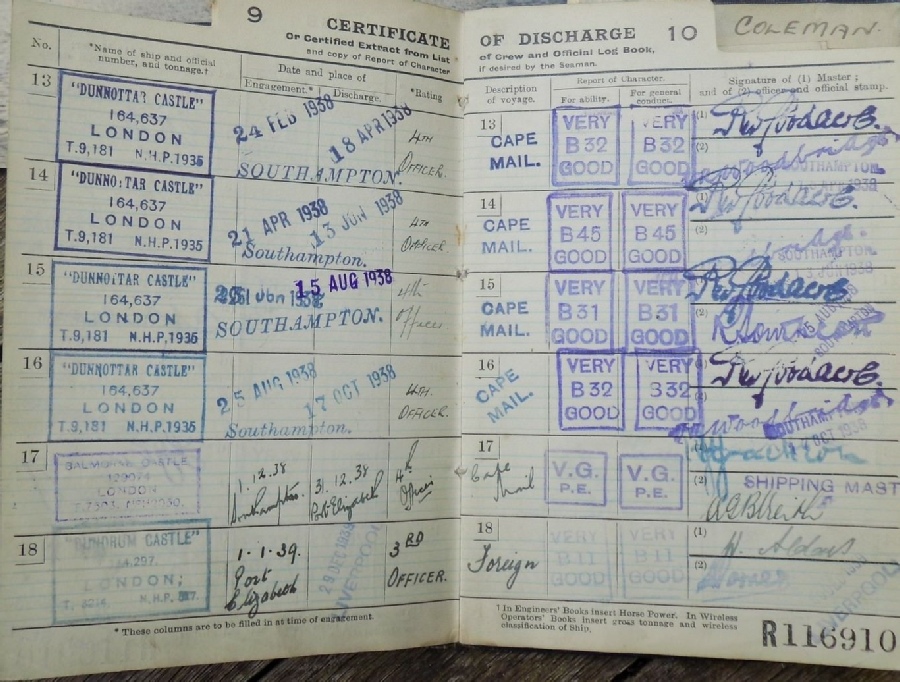 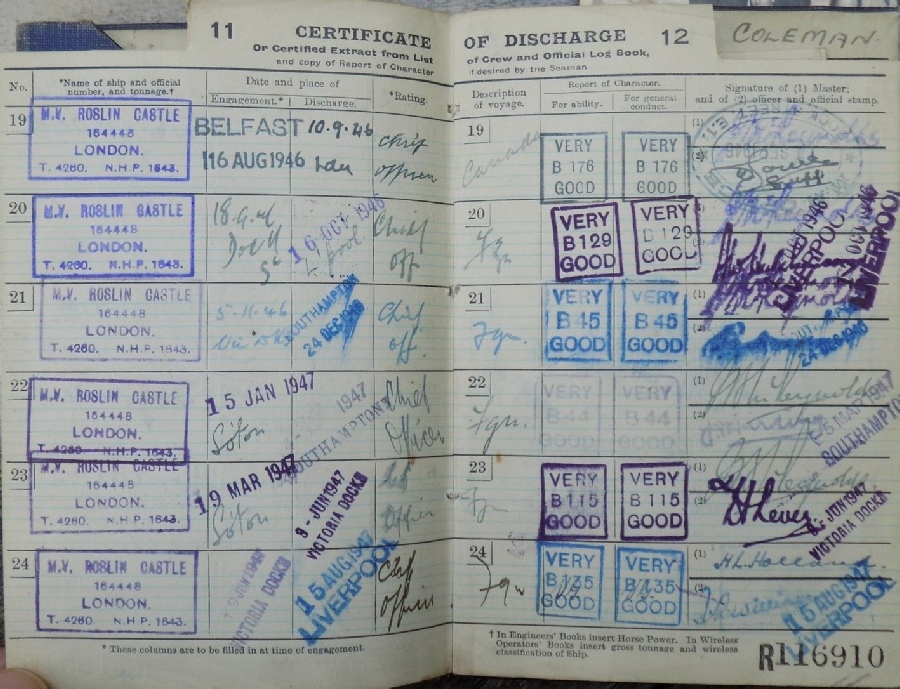 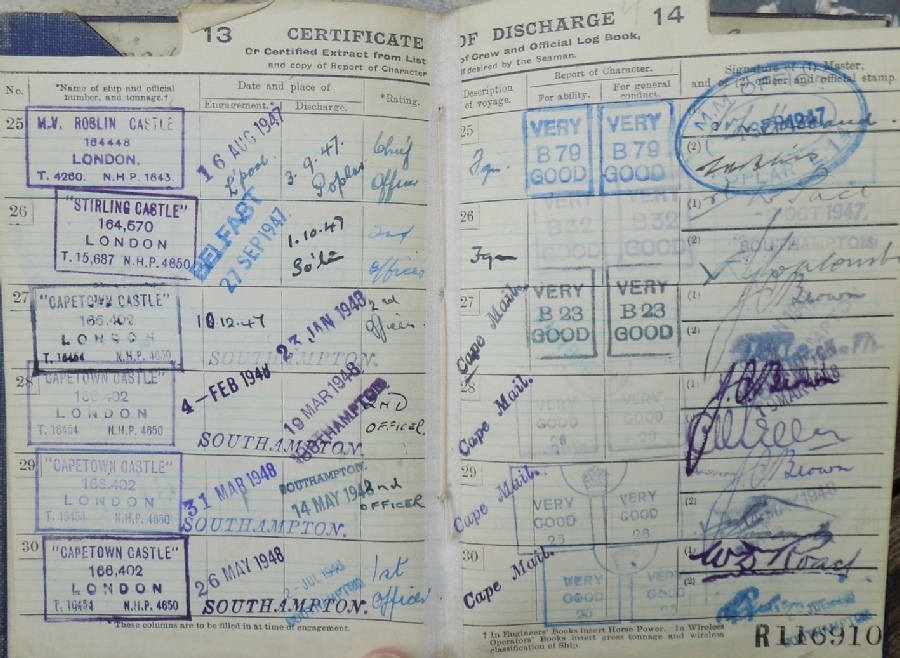 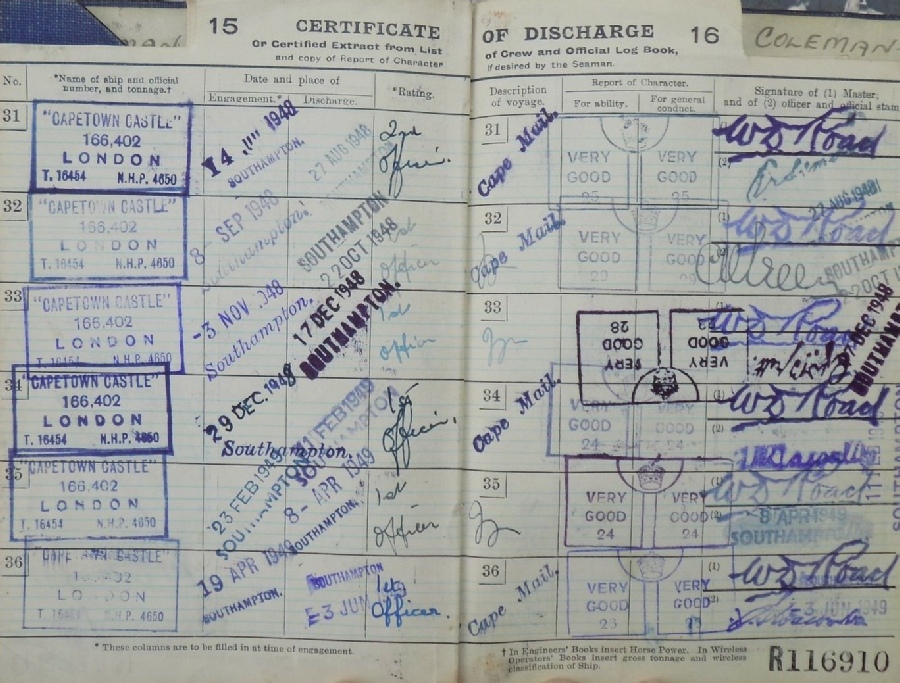 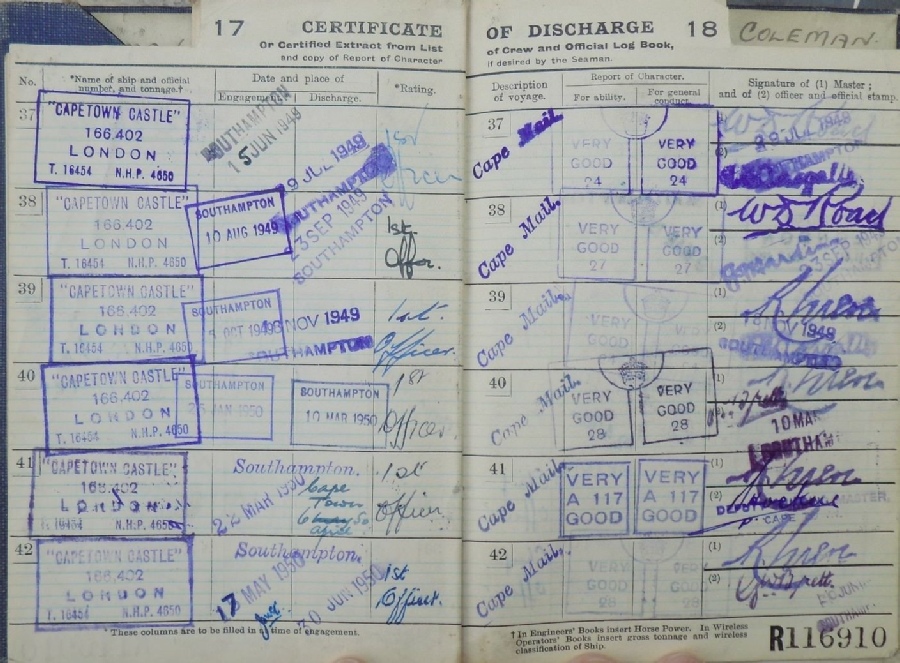