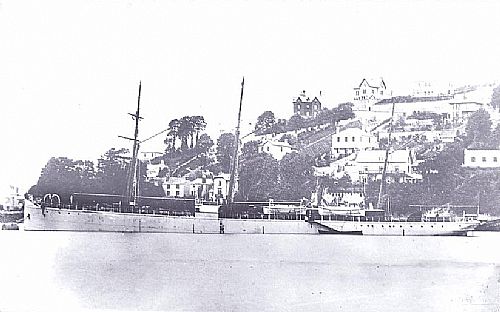 Like her sisters she was built for the Leith, Hull & Hamburg Steam Packet Co. but chartered to Donald Currie for use mainly around the South African coast. By 1875 she was owned by Donald Currie who kept her until 1895 when she was sold to Dada Abdoola & Co. of Durban, retaining her name and operating the same service.

In 1901 she was sold to the Bombay Steam Navigation Co. for coastal services out of Bombay where she remained until 1925 when she was broken up locally, still with her original name.