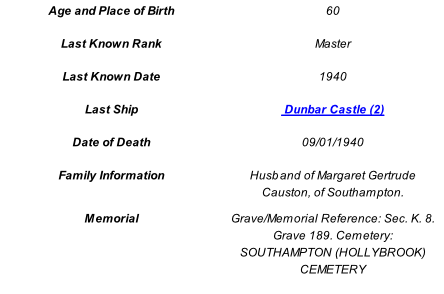 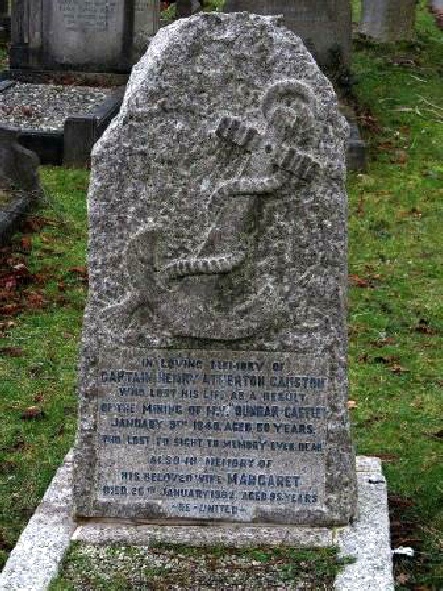 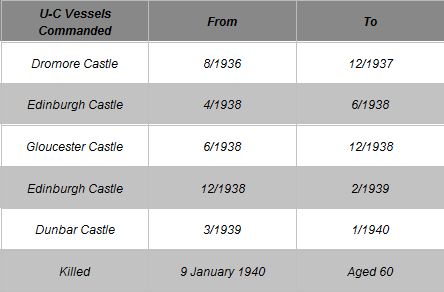 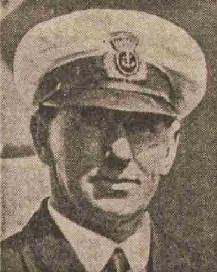 Killed while serving as Master of Dunbar Castle

In one of the newspaper reports about the sinking of the Dunbar Castle, the chief officer described the Captain as "the finest man who ever walked the deck of a ship". 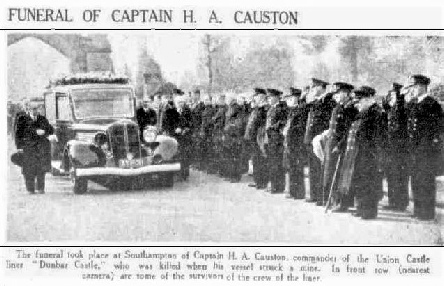 From The Web Site “Digging the Dust”

Henry Atherton Causton was born on 7 August 1879 in Hampshire. His father was Edward Atherton Causton, shown in the 1881 Census Return as Curate at St Peters Church, in the village of Goodworth Clatford, Hampshire.

Henry was the youngest of five children. He later married but does not appear to have had any children himself. His wife, Margaret Getrude, outlived him by more than 40 years and died aged 95 in 1982.

The documents of his naval service show him receiving his master's certificate in 1909 at the age of thirty and interestingly his steamship certificate has the notation of him being qualified also as a "1st mate of a square rigged sailing vessel".

A curious side to all of this is that the SS Kent, a vessel on which Causton served as 2nd Mate in 1906 was sent from Durban to look for a dredger called Walrus that had gone missing in the same latitudes as did the later famous Waratah.  A report in 1910 from the New Zealand Herald describes how a piece of canvas was located on Ile St Paul and which showed the names of the crew (including Causton) who called there during the search.

His first command of the Dunbar Castle was in March 1939.

As an indication of how much men like Causton were respected and esteemed in their time, not just in Britain but in her far-flung dominions as well, this photograph of his funeral comes from the Central Queensland Herald of 7 March 1940