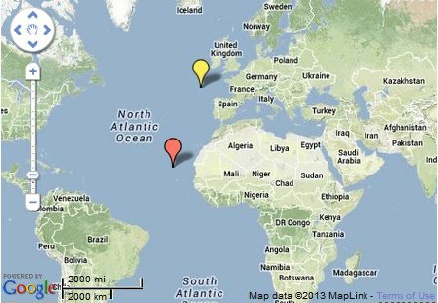 Torpedoed and Sunk off West Africa - 1941

She had been en route to from Tuticorin, India to London with a cargo of general cargo, including tea, groundnuts, chrome and manganese ore. No casualties.

The ship was repaired and returned to service in October 1940.

The master and three crew members were picked up by the Batna and landed at Takoradi. 20 further survivors were rescued by the Spanish steam merchant Cabo Villano and landed at Santos.