1940 mined in North Sea and beached, total loss; loss of 13 lives. struck mine off Harwich England whilst acting as auxiliary transport.

She was taken in tow and beached in Hollesley Bay in a depth of 27 feet at low water.

Thirteen people were killed. Captain C.W. Banbury was among the survivors 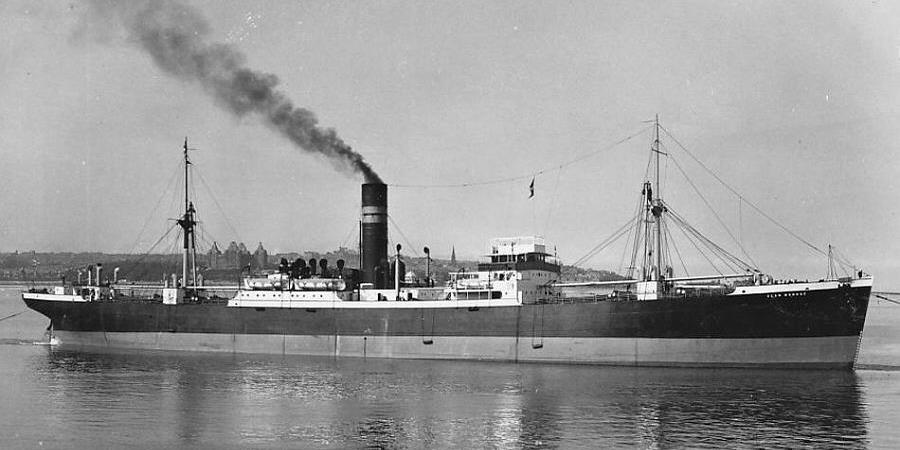 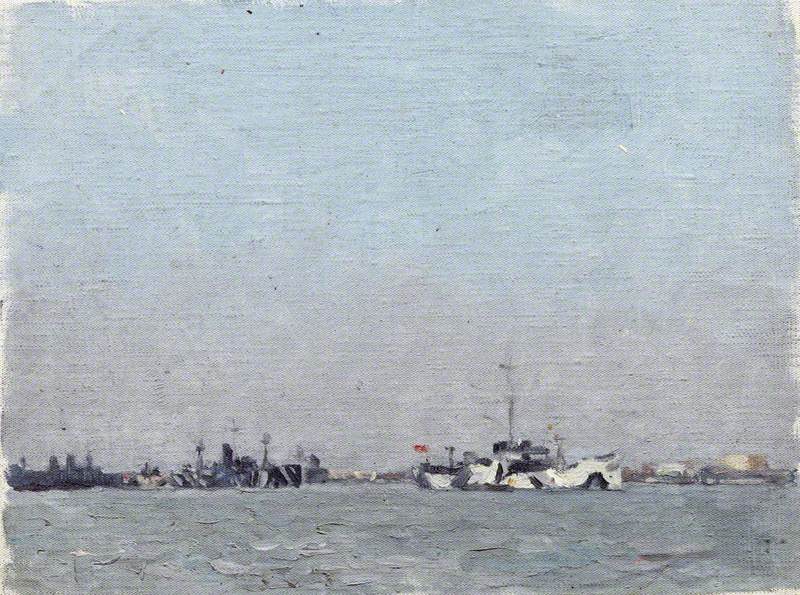 This picture was painted by Sholto Johnstone Douglas