Clan Matheson was ordered by Australian Steamship Ltd, Sydney in 1917 as the 4,360 GRT Bogong. It was later decided to rename her You Yangs. The contract was sold to Clan Line Steamers Ltd on the orders of the British Shipping Controller. Her design was modified and she was lengthened.

Clan Matheson was placed under the management of Cayzer, Irvine & Co Ltd. Her port of registry was Glasgow. The United Kingdom Official Number 141086 was allocated. The Code Letters JWPR were allocated. In 1934, her Code Letters were changed to GQMW. Clan Matheson served as a cargo ship, but she was also used as a cadet training ship.

In 1924, the Coconut Moth (Levuana irridescens) was a serious pest in Fiji and a biological solution was sought. A similar moth, Artona catoxantha was known to be parisitized by Ptychomyia and Apanteles. It was decided to use these parasites to eradicate the Coconut Moth. The parasites had to be imported from Singapore to Fiji. Most ships at that time did not sail direct, but via Australia, which would have meant putting the parasites into quarantine in Australia. Clan Line ships operated in the area.

In July 1924, Clan Mackay was sailing from Singapore to Fiji via other ports. Clan Matheson was also due to sail from Java to Fiji. The parasites were transported on Clan Mackay to Surabaya, Java, where they were transferred to Clan Matheson for onward shipment to Fiji.

Although no Apanteles survived, the introduction of the Ptychomia was a success and the Coconut Moth had been eradicated within two years.

During the Second World War, Clan Matheson was a member of a number of convoys.

Convoy OG 22 formed at sea on 18 March 1940 bound for Gibraltar. Clan Matheson was a member of this convoy.

Convoy HX 228 departed New York on 28 February 1943 and arrived at Liverpool on 15 March. Clan Matheson was carrying a cargo of sugar and general cargo. She was to have been a member of this convoy but returned to port.

Convoy HX 229 departed New York on 8 March 1943 and arrived at Liverpool on 23 March. Clan Matheson was carrying general cargo, mail and a passenger, bound for Loch Ewe. She was also carrying the convoy's Vice Commodore. Clan Matheson was unable to maintain speed and put into Halifax, Nova Scotia.

In 1948, Clan Matheson was sold to British & South American Steam Navigation Co Ltd and was renamed Harmodius. She was placed under the management of Houston Line Ltd. In 1951, she was sold to the Heron Steamship Co Ltd, London and renamed Claire T.

In 1953, she was sold to the Romney Steamship Co Ltd, serving until 1955 when she was purchased by the MoT and renamed Empire Claire. As part of Operation Sandcastle, she was loaded with obsolete war materiel which included confiscated German munitions containing Tabun.

A collection of stamps featuring historic trading ships has gone on sale to commemorate the Merchant Navy.

The Royal Mail has created the series of Mint stamps to pay tribute to the contribution of Merchant Navy sailors to the country over the last two centuries.

The collection was launched today aboard one of its featured vessels, the Cutty Sark in Greenwich, London, with a handful of Merchant Navy veterans there to see their efforts recognized. 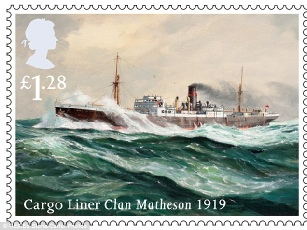 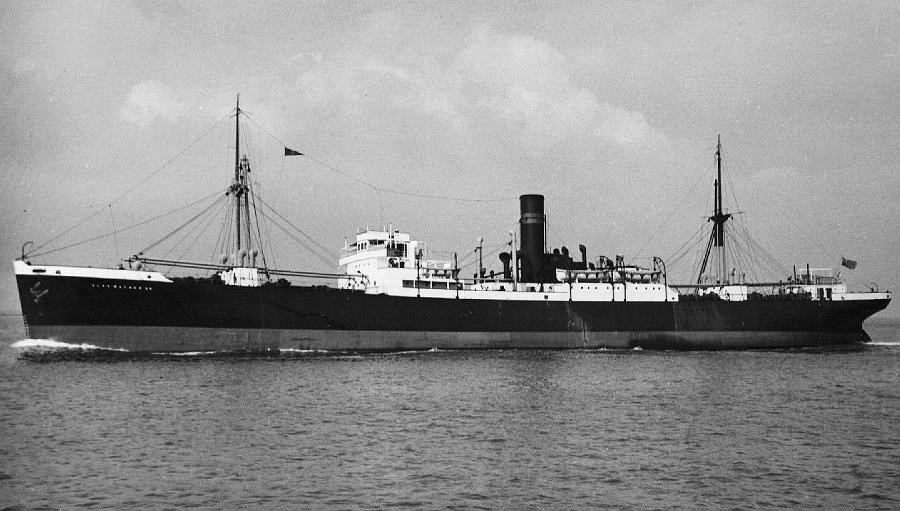