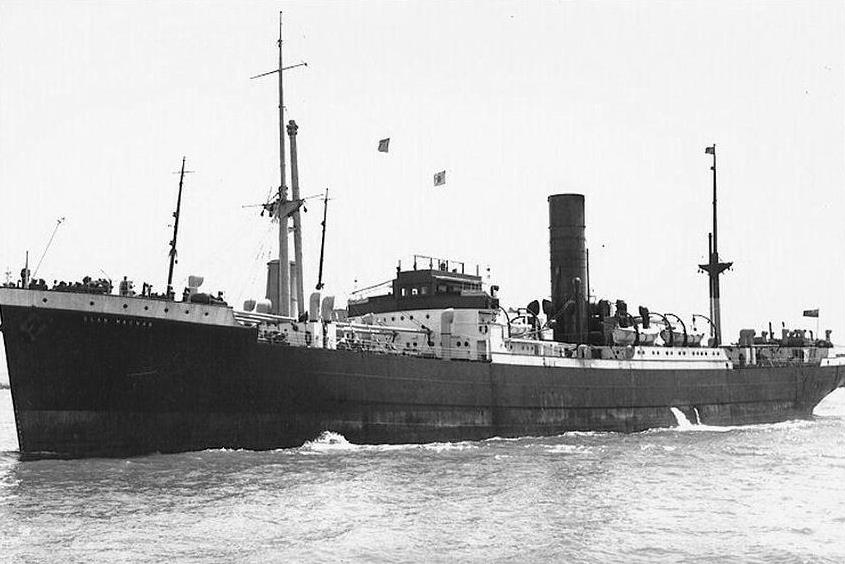 At 23.17 hours on March 17, 1941, convoy SL.68 was ordered to alter course to port. Unfortunately, SS Clan Macnab altered course to starboard and collided with the Norwegian tanker SS Strix. At daylight, Clan Macnab reported that she was taking in water and at 13.16 hours on March 18 she was detached to make her way independently for St. Vincent. Shortly afterwards, when she was out of sight of the convoy, she transmitted an SOS signal to say that she was sinking and was taking to the boats.

HMS Calendula was depatched but could find no trace of either the ship or survivors but HMS Crocus had already responded and rescued thirty-six survivors. Another boat with thirty to forty men was under sail making for St. Vincent. The position was 17.13N, 21.22W (E. of the Cape Verde Islands).

Sunk after Collision in Convoy Near The Cape Verde Islands - 1941