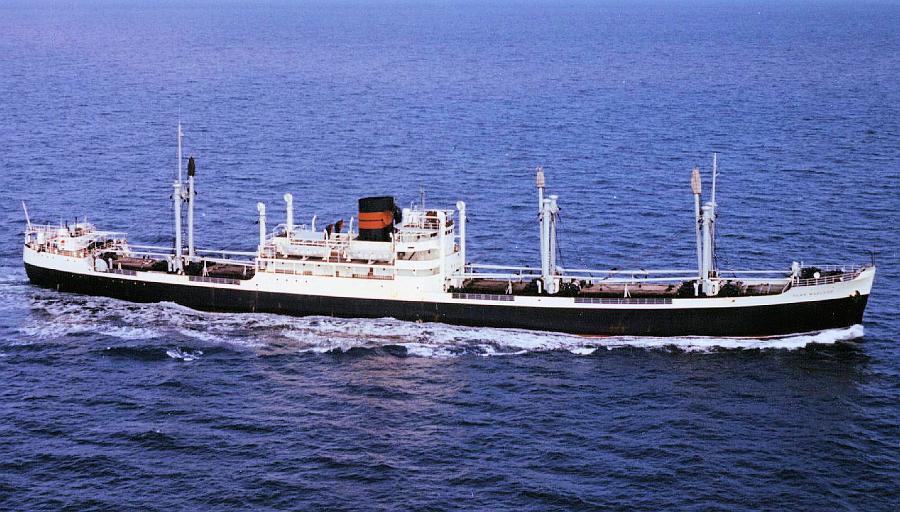 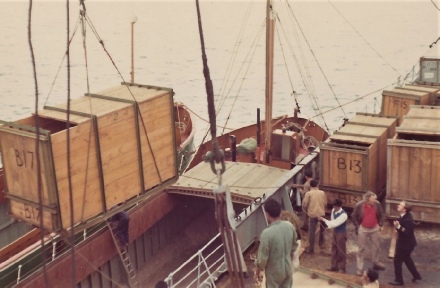 Clan Macleod, 1972. We had an interesting deck cargo of 15 White Rhino. Loaded in Durban and bound for Windsor Safari Park near London.

We also had two South African keepers to look after the Rhino`s every need. All went well until we arrived in the River Thames and a dock strike!

We hoped to be let into the docks on animal health grounds, but no, they sent a couple of motorised barges to our anchorage near Southend Pier!