Whilst on voyage from U.K. to India via Durban intercepted by the raider "Pinguin" west of the Maldives on the 28th April 1941 and was sunk by gunfire.

The crew were taken prisoner, however the "Pinguin" herself was then sunk by H.M.S. "Cornwall" resulting in many of the rescued crew being killed. 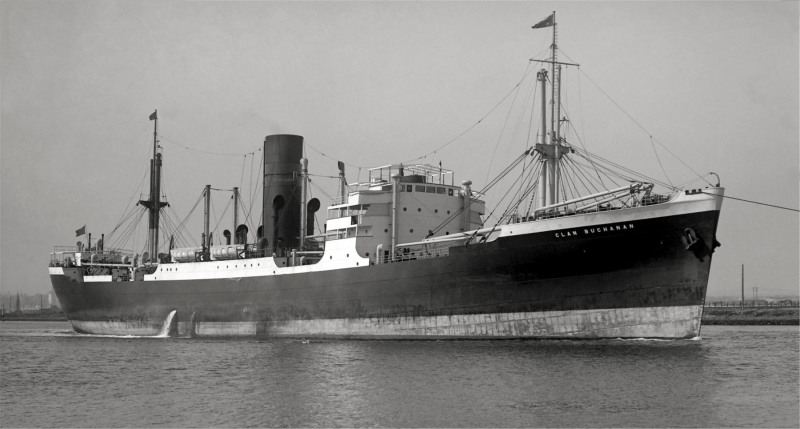 1941 sunk by German raider Pinguin off Maldives; loss of 91 lives.

Sunk by German Raider Pinguin in The Indian Ocean - 1941