She was actually purchased on the stocks, the only vessel built away from the Clyde prior to the merger, the first four masted steamship and the largest ship in the fleet at the time. 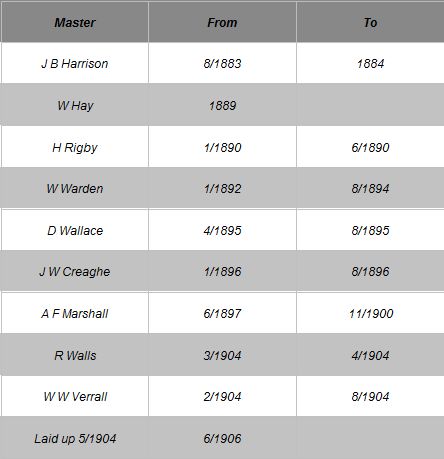 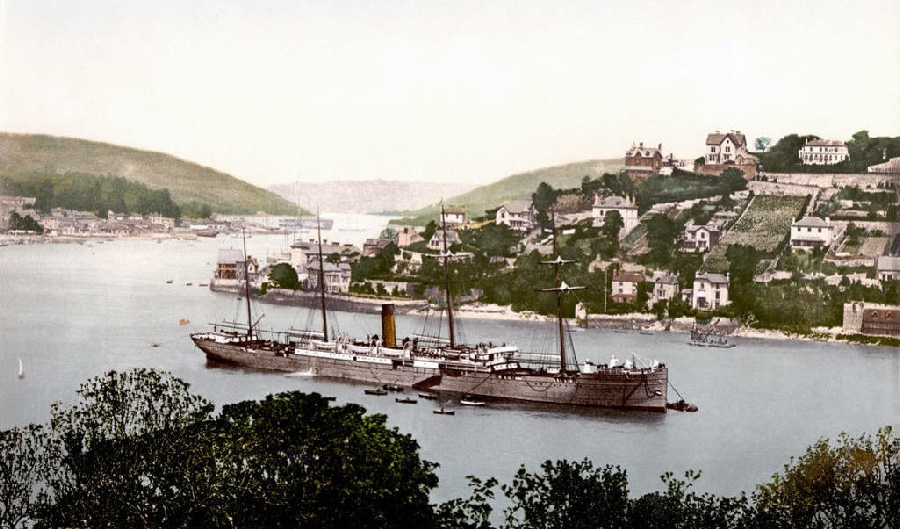 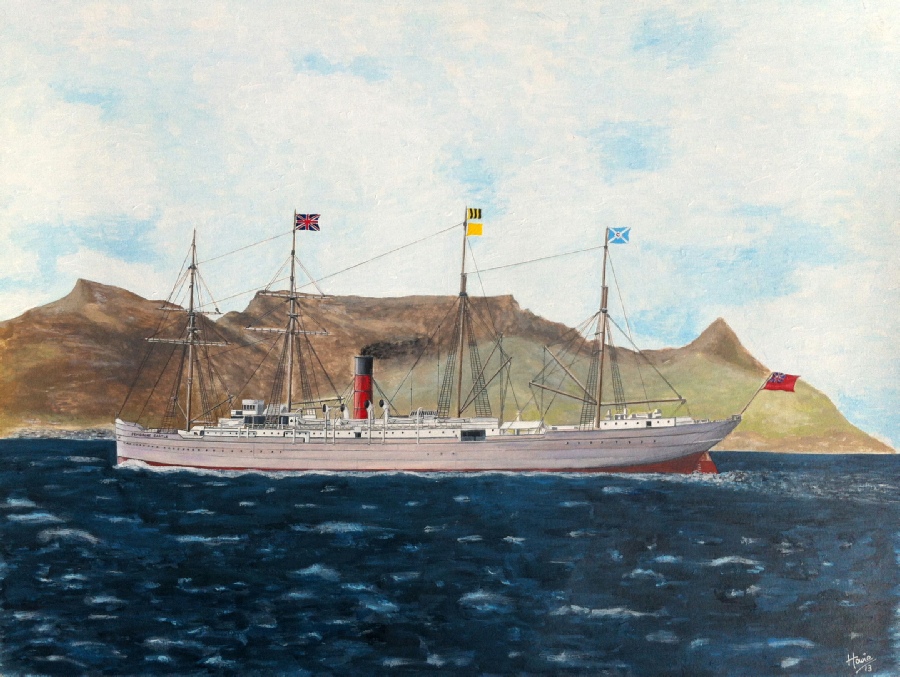 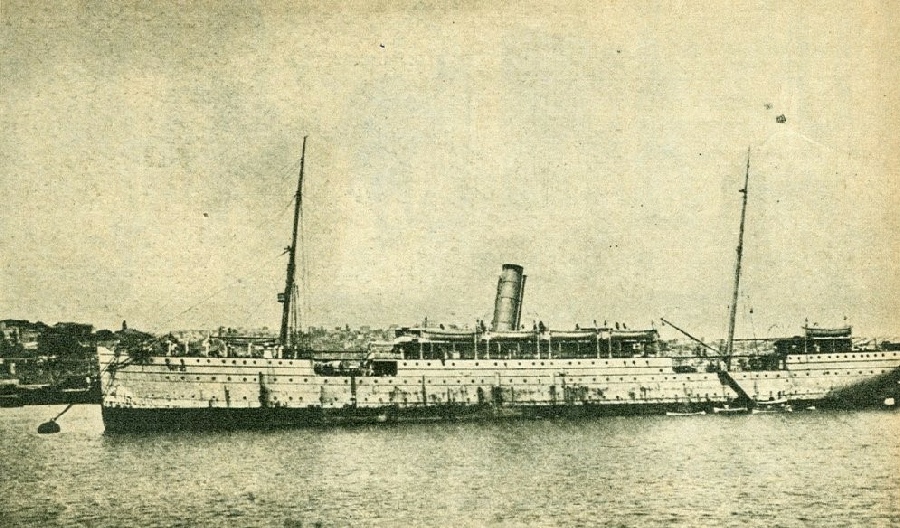 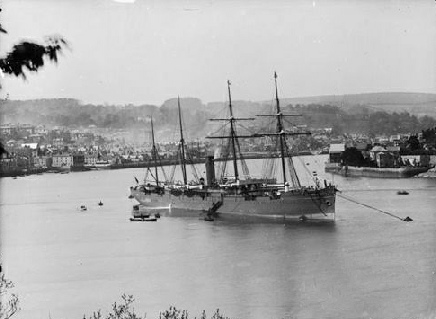 In service she replaced the Kinfauns Castle and was deployed on the Intermediate run and as a relief mailship.

On December 18th 1887: Pembroke Castle grounded on Thunderbolt Reef in Algoa Bay in the Eastern Cape. She was later repaired and refloated.

In June 1901 she was used as a coastal passenger and mailship following the loss of the Tantallon Castle.

She was sold to the Turkish Government in 1906 and renamed Bezmi-Alem for use as a Black Sea and consular passenger ship to Trabzon. 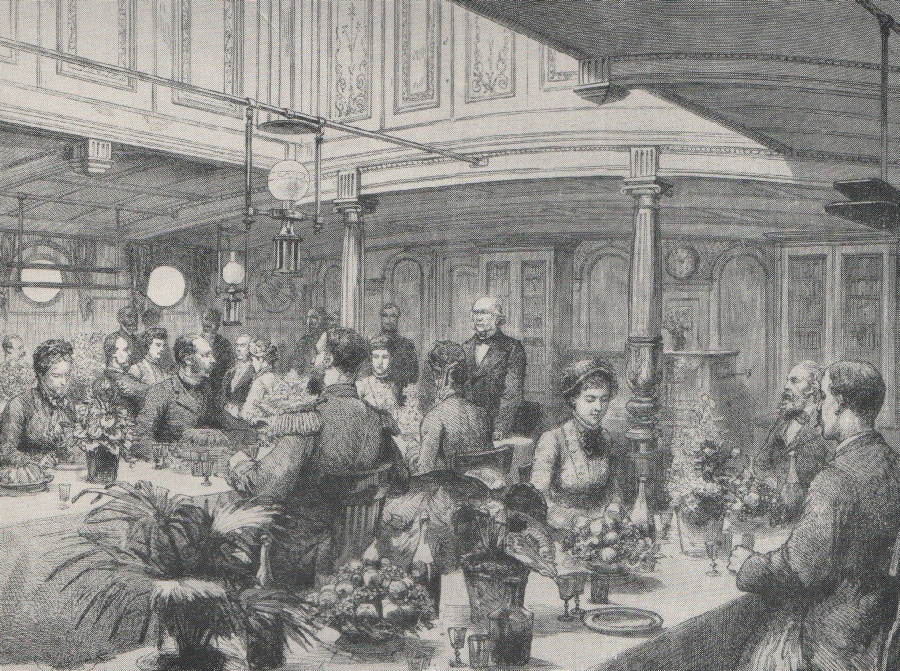 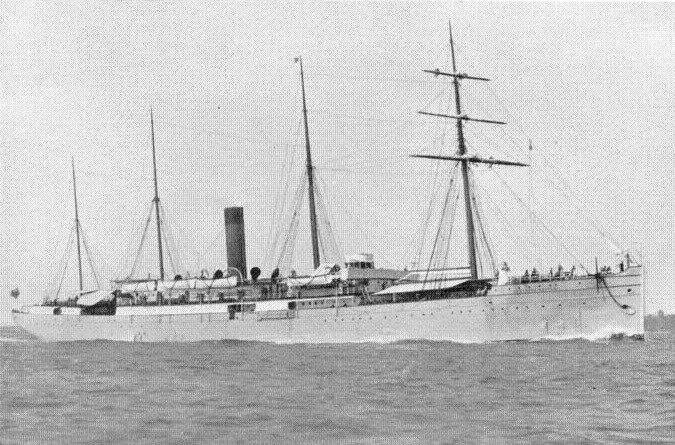 On completion in July 1883 she undertook a shakedown cruise carrying dignitaries around Britain but also made a call at Copenhagen where the Tzar and other royalty were received on board.

Her owner, Sir Donald Currie, entertained 29 members of Europe's royal families, as well as Prime Minister Gladstone and Alfred Lord Tennyson, on board.

Gladstone received a royal reprimand from Queen Victoria for his part in the affair, since he had not first sought her permission to absent himself from his office.