When she entered service she was first Union vessel to exceed 10000grt and the largest ship operating between Great Britain and any of her colonies. Only the Transatlantic liner were larger.

Passengers danced to a six-piece orchestra and relaxed in a number of lounges and smoking-rooms. The ship also included a library.

A voyage could take an average of fifteen days, and even first-class passengers often had to give up some of the pleasures they enjoyed at home.

This did not prevent very wealthy passengers to use their influence to make the trip as easy as possible.

In June 1898 she grounded on the Shambles at Portland Bill without incurring any serious damage. When the Boer War broke out in October 1899 she raced to Cape Town with 1500 troops to reinforce the stretched British garrisons in 15 days.

On 8th March 1900 she transferred to Union-Castle ownership and when she sailed from Southampton on 31st March was the first Union ship to sport the new livery.

When the Briton sailed to from South Africa to England in November 1907 a milk cow was put aboard "for the convenience of Dr Jameson ". On the return journey it carried two cows "for the use of Lady Farrar and her family". It is believed that the Union line reversed its policy on farmyard animals soon thereafter. 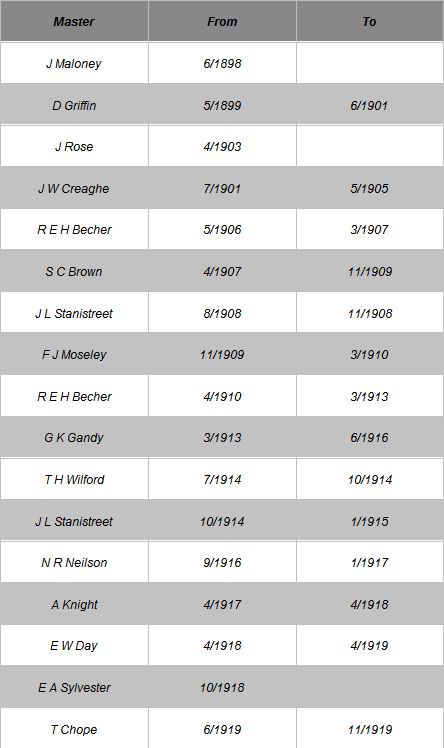 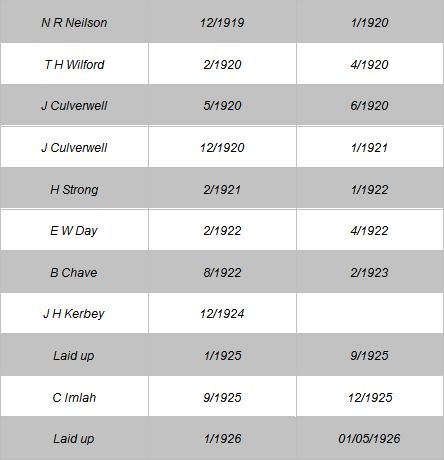 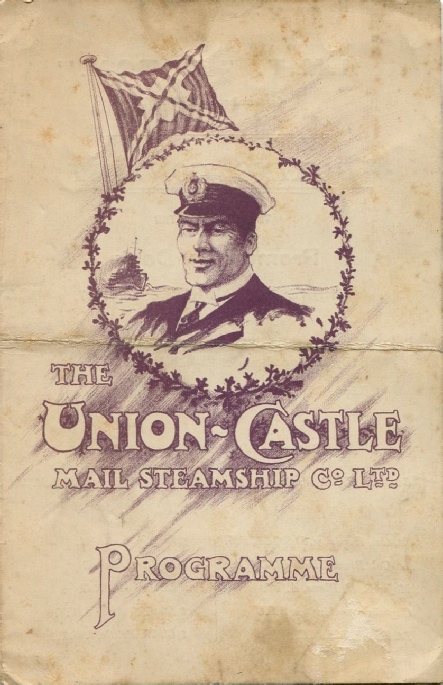 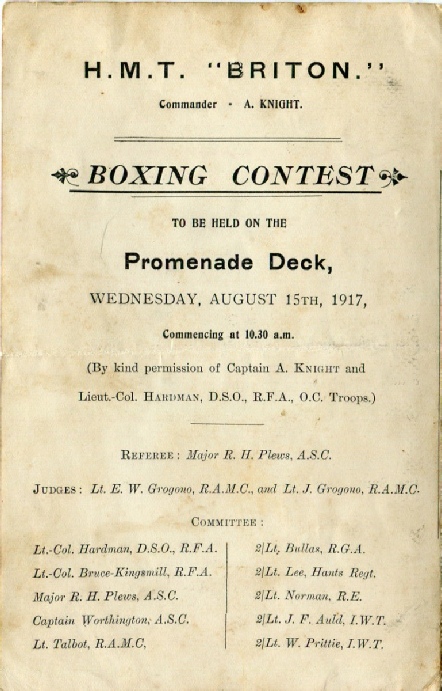 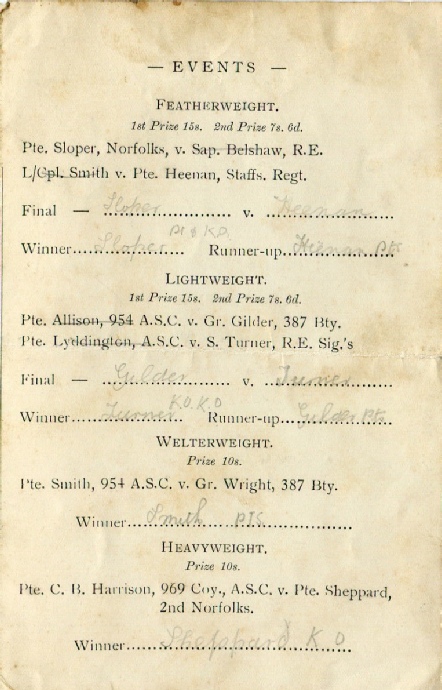 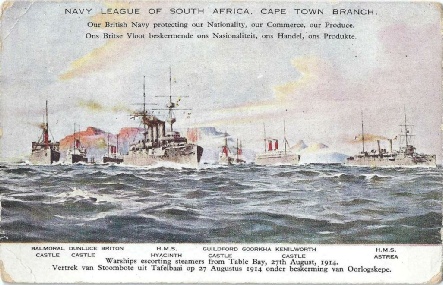 In 1919 she made voyages to New Zealand via the Panama Canal on behalf of the Government until, in 1920, she resumed commercial services.

She was classed as a 'reserve steamer' and laid up at Netley in January 1925 but re-entered service during October and November as an effect of the seamen's strike.

She made her final sailing from Cape Town on 13th November and was laid up again until broken up in Italy in April 1926. 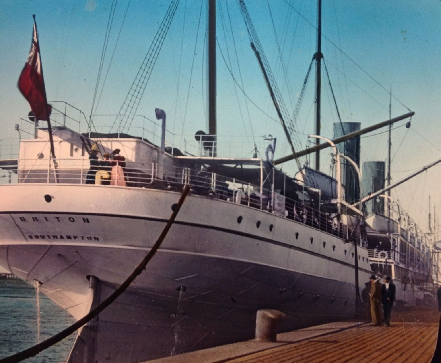 RMS Briton alongside at Southampton

I would guess that from the style of dress of the gentlemen on the quay this photo was taken early in the 20th century. 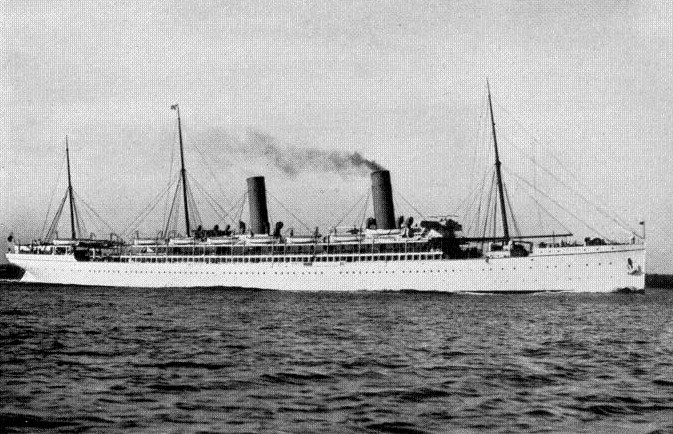 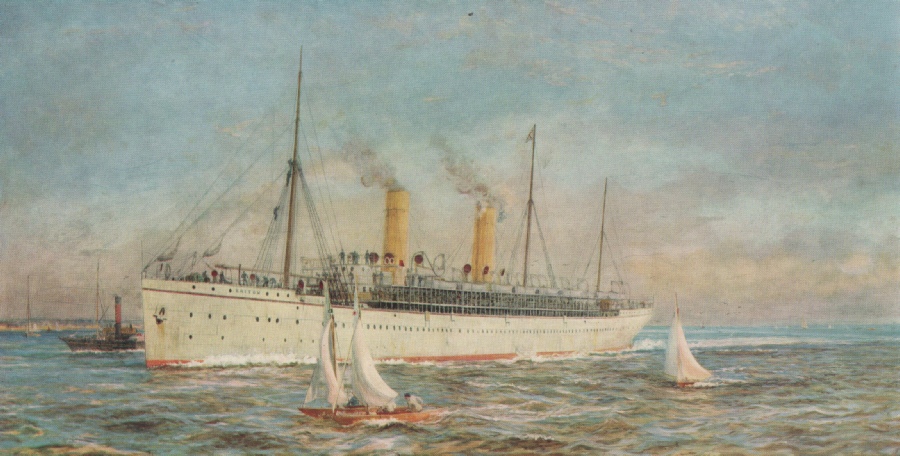 Service as a Troopship in WW1

In August 1914 she was one of six Union-Castle vessels in a troopship convoy carrying 4000 troops from Cape Town to Europe.

The other vessels were Balmoral Castle, Dunluce Castle, Goorkha, Guildford Castle and the Kenilworth Castle escorted by the cruisers HMS Astraea and HMS Hyacinth.

During 1915 she made several northbound troop carrying voyages as well as serving in the Mediterranean in the Turkish campaigns.

In February 1918 she carried Nigerian troops from Mombasa to Lagos and then to New York to carry US troops to Europe. 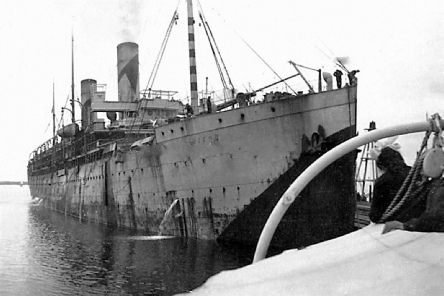 Before leaving England on his last voyage in January 1902 on Briton, Rhodes had become rather more fastidious about his food. A Crate of hens was sent down from The Salvation Army farm and he told me to get a supply of preserved meats. A Large stock of all manner of things in tins, in porcelain and in glass was sent on board and put in the charge of his valet, and a third class cabin was requisitioned as a store room.

There were five in the party: Rhodes, Dr Jameson, Sir Charles Metcalfe, the Hon Wm Grenfell and G le Seuer - all shared in these extras.

Everything went smoothly at first, but at last Rhodes struck some potted thing he particularly liked and in a few days there was none left. Of course, none of the food on board - which as a matter of fact was excellent - pleased him after that, and he sent way one dish after another, he said “Really Donald Currie ought to be hanged by the neck”. 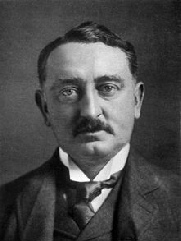