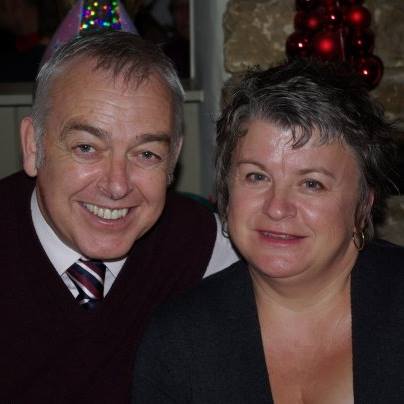 This was our class photograph. We were Blue Class. I am second from right on the back row. Mick Shaw is far right on the first row.

On Sunday 20th July 1969, Neil Armstrong announced that this was a small step for man, and a giant step for mankind. Strangely enough he was not talking about me. On that day, as a young 17 year old who had not even had a foreign holiday, I travelled by train from Gloucester, through London, and then on to Gravesend in Kent. As you know, this was the Merchant Navy Training Establishment. If I make some false statements here, remember how long ago this was, and I am sure someone out there can correct me.

I arrived at Gravesend railway station where I was to be met by transport from the Training School. Lonely, nervous, and very apprehensive, I met another young lad in the same circumstances as myself. We were both sat on our suit cases awaiting our transport. That other young lad was Mick Shaw who was to remain a friend of mine from then until now and beyond.

I can not remember if we were on a ten or a six week course. We were both training for catering whilst some other lads were training to be deck hands.

I say 'lads' because there were not any females in the school. I guess that was a sign of the times!

We had a very strict regimental routine. Up early and cleaning our dormitories (I think before breakfast). This included polishing the linoleum floors with some horrible orange polish and bringing it to a real shine. As 'newbies' we were all nicknamed 'Peanuts'. I have no idea why, but I believe that it was not a complimentary remark.

After breakfast we had to line up in the parade ground for mail call before being dismissed to commence our classes. It did not matter what the weather was like either.

I used to get really excited about mail call because my mother used to send me food parcels. We were restricted in the amount of money we were allowed to have at the school and so the parcels were a way of supplementing my home comforts. The pack used to include chocolate biscuits and I am now ashamed to say, cigarettes.

One night, after some other trainees had arrived back at school having been attacked by local youths, I joined a crowd of others who were hell bent on getting revenge for them. We were not allowed ashore unless we were wearing our uniforms consisting of berets and tunics. It was not long before we were ambushed and I was thrown into the river, luckily landing on my head on a boat which was moored under a bridge. I spent the night in hospital having been conveyed there in a police car. No police action was taken against anyone!

Having arrived back at the school, still not feeling 100%, when the rest of my class got up the next morning for mail call etc, I remained unconscious in my bunk, despite my new mates trying to rouse me out of my pit.

This resulted in me being put on 'Jankers' which was the name given to being given a punishment. Much the same as the armed forces. I was not allowed ashore for a couple of nights or so and had to wash pots and pans after dinner in the evenings.

I was one of only a few who were chosen to serve VIPs in what was known as The Bamboo Room. It was here that I served someone, who I do not now recall, which eventually led me to be given a posting to the Windsor Castle on completion of the course.

Because I grew up in Gloucester, I remember so well as a youngster going quite often to Sharpness. This is where the Sea Training School used to be before Gravesend. The lads there trained on an old vessel called The Vindicatrix. The lads became known as the Vindi Boys. I have to say that I think that Gravesend was probably the better place.