One torpedo hit the stern and blew away the aft gun and the rudder, but her propellers remained intact. The ship limped to Fayal, Horta at 9 knots, fighting off attacks by German Fw200 aircraft on the way. On board were 181 crewmen, eleven gunners, 11668 RN, RAF, and military passengers.

Neutral Portugal only allowed 14 days for repairs and on 02 February she left with the troops still on board for Gibraltar, assisted by an Admiralty tug, THAMES, and escorted by three British Destroyers, WESTCOTT, EXMOOR, and CROOME (who had come from Gibraltar on 28 Januaryand refuelled from RFA DINGLEDALE en route).

On 03 February, the small convoy was followed by several U-Boats, but none managed to hit the ship, while HMS WESTCOTT sank U-581. On 08 February 1942 she arrived at Gibraltar in tow of the tug and disembarked her troops.

On 06 April 1942 she left Gibraltar under escort after temporary repairs, but still without a rudder, for the UK, arriving there on 13 April 1942.

Altogether she sailed 3400 miles without a rudder and a badly damaged stern, only using her engines/propellers for steering. 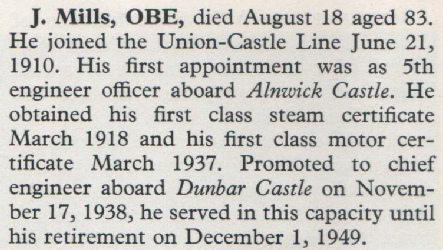