Awarded the DSM for services during Operation Pedestal while serving as Apprentice on Clan Ferguson .

A very gallant act was performed by Midshipman Allson, on his first voyage. Reaching a small raft, he pushed it along in front of him and helped several badly burnt men aboard. These he later transferred to a larger raft.

Their blazing vessel drifted away leaving them alone save for the fading sounds of battle ... 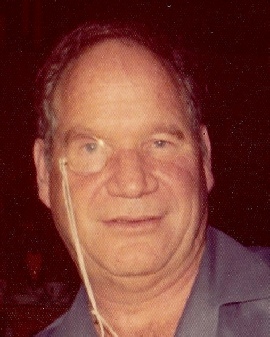 Geoffrey was educated in England, and received his pre-sea training at H.M.S. Worcester Nautical Training College from 1940 until 1942.

On July 27, 1942, he joined Clan Line Ltd. as an apprentice and was appointed to the "Clan Ferguson". He was part of the Malta Convoy when his ship was torpedoed, and he spent the night in the water helping survivors get to the life rafts. The next day, he was picked up by a German Flying Boat and taken to Sicily as a POW and later transferred to Germany.

He was credited for saving 18 persons and in May of 1943 was awarded the Lloyd's War Medal for bravery at sea. In June of 1945 he was presented with the Distinguished Service Medal by King George VI.

After the war, he returned to service with the Clan Line fleet. The Clan Line later amalgamated with the Union Castle Line and became known as The British and Commonwealth Shipping Company. He served on various types of vessels in the fleet, cargo liners, product tankers, mail vessels and paper carriers.

He was promoted to Captain in May 1967. He left the company in 1979 and immigrated to Canada and joined the Kent Line in May 1983. He spent only a few years with them, and then retired for good.

He loved to garden and to walk his dog, but music was his passion. He had hundreds of reel to reel tapes, records, cassettes and DVDs and he spent many hours listening to his favourite singers. He was always helping others. Even at 85, he helped plow out his neighbours with his snow blower. As one of his neighbours described him, he was an icon, always had time for a friendly chat and always smiling. He was a wonderful brother, husband, dad and "Grampy". He will be greatly missed. 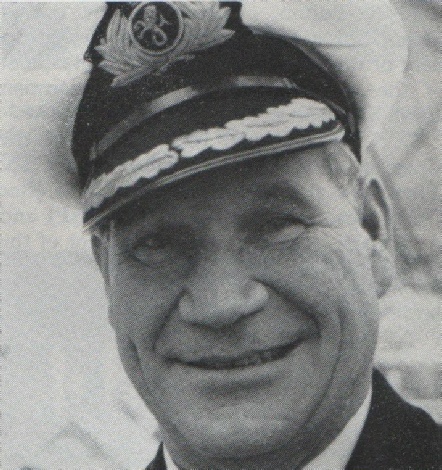 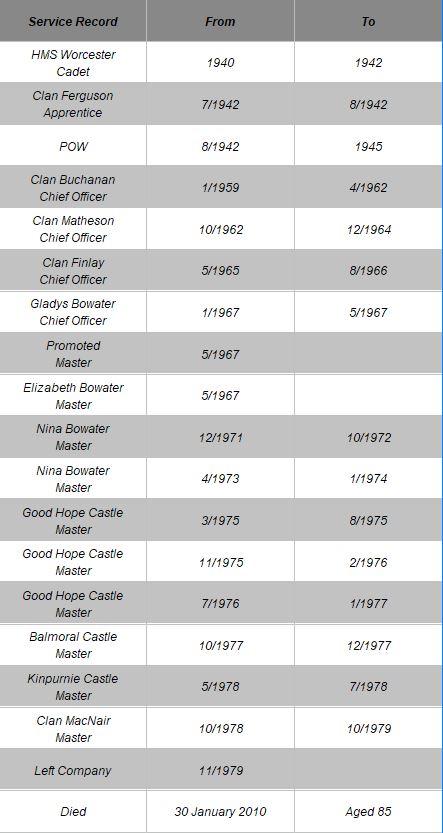