This story was related by Mr Dennis Brown, a brother of the late Arthur Brown.

My elder brother, Arthur, was seventeen when the war broke out. He had just completed his first year’s training as an architect. When the war started building work effectively ceased so he decided to take a leaf out of our father’s book and join the Merchant Navy.

Arthur joined the Clan Line as a deck apprentice and was soon aboard his first — and sadly last — ship, the SS Clan Buchanan. He did two or three return trips to India, via the Cape of Good Hope.

In 1941 his ship was torpedoed and sunk off the Maldive Islands by the German surface raider, Pinguin. Arthur and the other survivors were taken aboard the Pinguin.

A few days’ later, the Pinguin herself was sunk by the cruiser HMS Cornwall, responding to distress signals from the SS British Emperor, which was under fire from the Pinguin. HMS Cornwall rescued 58 German and 25 British survivors. Sadly, Arthur was not among them.

The Chief Officer of the SS Clan Buchanan sent a letter to our parents, explaining what had happened. When she read it, my mother was so upset she threw it away, unable to read it again.

© Copyright of content contributed to this Archive rests with the author. 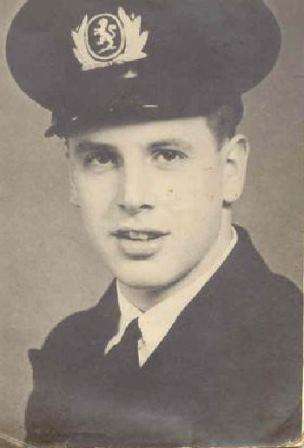